Harris and Xi met during an Asia-Pacific summit in Bangkok where another US rival, Russia, saw itself isolated, with no top leader attending and a statement issued showing wide condemnation of its war in Ukraine.

Speaking to Xi on the sidelines of the Asia-Pacific Economic Cooperation (APEC) forum, Harris reinforced Biden's message that "we must maintain open lines of communication to responsibly manage the competition between our countries", a White House official said.

On Monday, Biden and Xi met for three hours at a Group of 20 summit in Bali, the first in-person talks between the leaders of the world's two largest economies since they each became president.

Chinese state media quoted Xi as telling Harris that his meeting with Biden was "strategic and constructive, and has important guiding significance for China-U.S. relations in the next stage".

"It is hoped that the two sides will further enhance mutual understanding, reduce misunderstanding and misjudgement, and jointly promote the return of China-U.S. relations to a healthy and stable track," added Xi, who is on only his second overseas trip since the pandemic.

U.S. and Chinese officials have both put a positive spin on the renewal of diplomacy, while stopping short of predicting any substantive resolution of issues dividing them ― notably Taiwan, the self-governing democracy claimed by Beijing.

Xi and Biden agreed that Secretary of State Antony Blinken will visit China early next year, the first visit by a top U.S. diplomat since 2018.

Blinken told reporters in Bangkok that the contacts aimed at making sure that competition "does not veer into conflict" and examining areas of cooperation on global challenges such as climate change.

The United States said it was also looking for China to do more to rein in its ally North Korea, which on Friday test-fired a ballistic missile that U.S. and Japanese officials said was likely capable of hitting the U.S. mainland.

China should use its influence to persuade North Korea "not to go in this provocative direction, which only destabilizes the region and the world", said a U.S. official travelling with Harris. 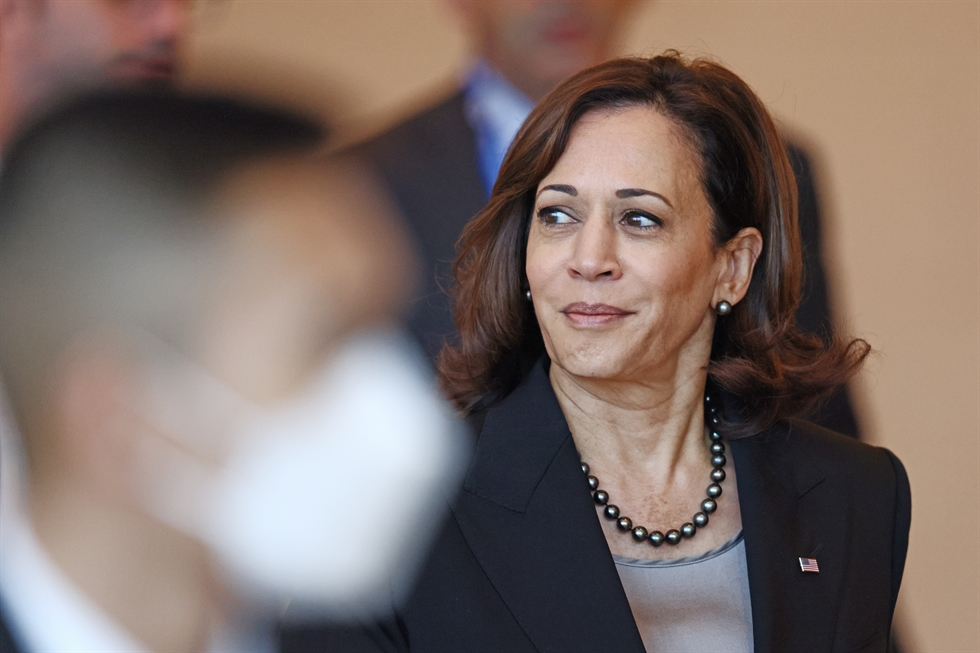 If relations remain unchanged, Xi could see Biden in a year's time when the United States hosts the APEC summit in San Francisco.

Xi last visited the United States in 2017, meeting then president Donald Trump at his Florida estate, but relations between the two countries later sharply deteriorated over trade, Taiwan, human rights and Covid-19.

APEC, which groups 21 economies, focuses on trade rather than political matters. But after US insistence, APEC followed the formula of this week's G20 summit to take up the invasion of Ukraine by Russia, a member of both organizations.

"Most members strongly condemned the war in Ukraine and stressed it is causing immense human suffering and exacerbating existing fragilities in the global economy," an APEC joint declaration said.

"There were other views and different assessments of the situation and sanctions."

The United States has been cautiously upbeat about China taking a distance from nominal ally Russia, including by rejecting requests to send military supplies.

While engaging Xi, the United States has vowed to shun Russian President Vladimir Putin who skipped this week's Asian summits and is virtually certain not to receive an invitation to San Francisco.

Harris, who is originally from the San Francisco Bay Area, told leaders in Bangkok that the United States would focus next year's summit on raising climate ambitions.

She asked leaders to prepare new targets in time for the 2023 summit on reducing emissions from the power sector, hoping to flesh out longer-term commitments by most APEC members on zeroing out carbon. (AFP)