Virginia Rescue Searching for U.S. Homes for 32 Rescue Cats Left Homeless by the War in Ukraine

Virginia Rescue Searching for U.S. Homes for 32 Rescue Cats Left Homeless by the War in Ukraine

The 32 Ukrainian felines ended up in the U.S. thanks to Shana Aufenkamp, a volunteer adoption coordinator with Homeward Trails. In May, after learning about Breaking the Chains — a nonprofit dedicated to saving the animal victims of war — Aufenkamp decided to spend a month volunteering with the organization in Ukraine, where Breaking the Chain was assisting pets impacted by Russia's invasion.

Aufenkamp returned to the U.S. from her month of volunteering knowing she wanted to do more, so she approached Sue Bell, the executive director of Homeward Trails, about traveling to Ukraine to help. Bell agreed, and the pair decided one of the most effective ways they could help Ukraine pets was to find homes for the animals left homeless by the war in the country.

Bell and Aufenkamp traveled to Ukraine in October and worked with Breaking the Chains to find 32 felines under the nonprofit's care ready to be transported to the U.S. for adoption.

"They had asked us to take as many as we were able to absorb, and we said, 'Well, how many do you have who are not owned and are medically cleared to fly?' They had 31, plus one in Romania, so we ended up bringing 32 back with us," Aufenkamp told PEOPLE about how she and Bell ended up crafting travel plans for 32 felines. 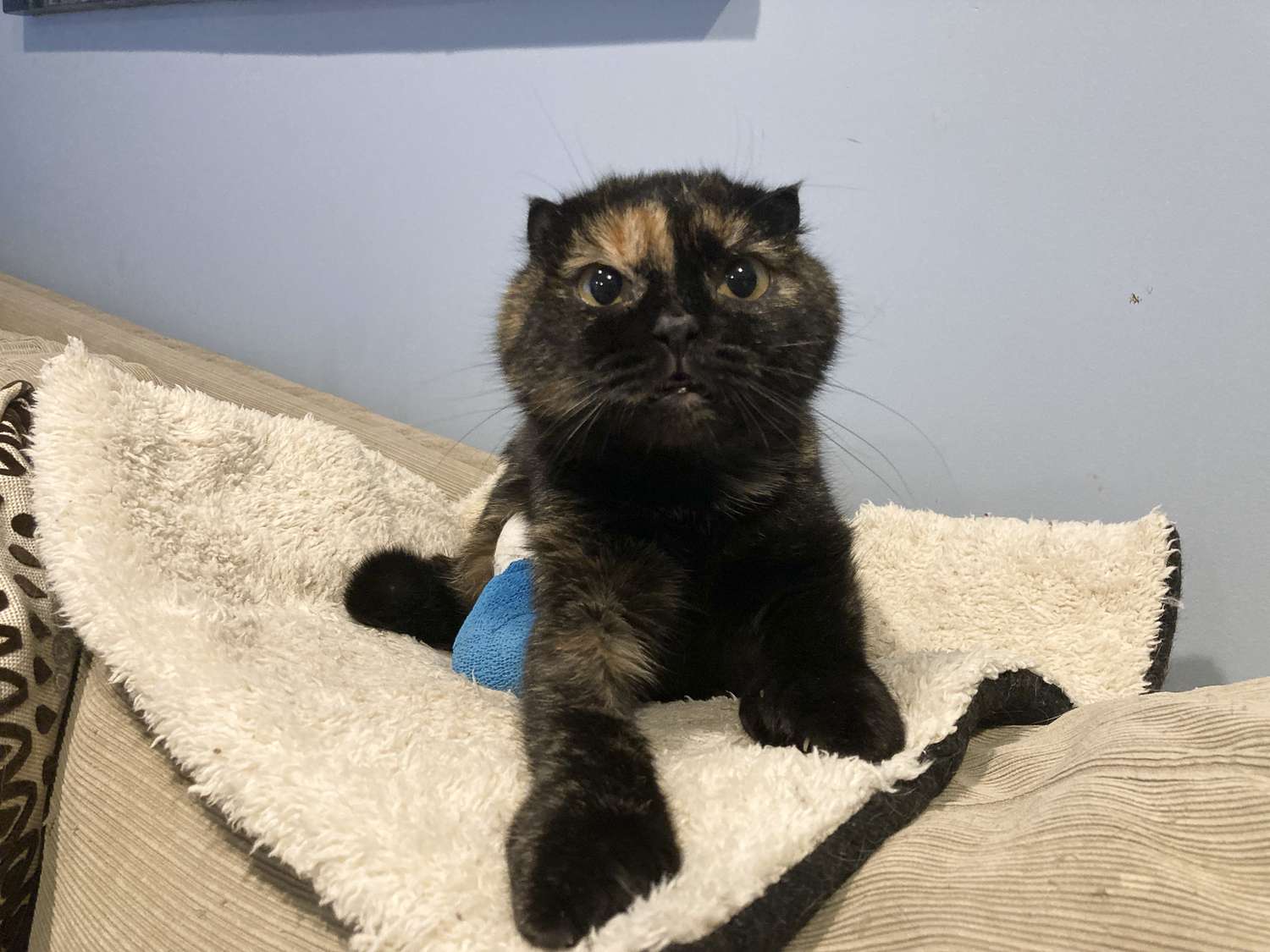 The cats that traveled back to the U.S. with Aufenkamp and Bell arrived at Breaking the Chains' temporary shelter in Ukraine from various backgrounds.

Some of the animals were surrendered to Breaking the Chains by heartsick owners who no longer had the means to care for their pets because of the war's destruction; others were found wandering bombed-out areas searching for food.

To get the cats from Ukraine to the Washington D.C. area, Aufenkamp spent hours working through piles of paperwork to clear the felines for travel. It's a heroic effort she and Bell hopes will help other rescues save more animals from Ukraine.

"We will certainly share our knowledge with them," Bell said of helping other nonprofits work through similar transports.

Once all the cats got the go-ahead to travel, most were driven to Bucharest, Romania, and placed on a flight from the capital city to Washington D.C. with a layover in Europe. Eight cats traveled on Bell and Aufenkamp's flight back to the U.S. 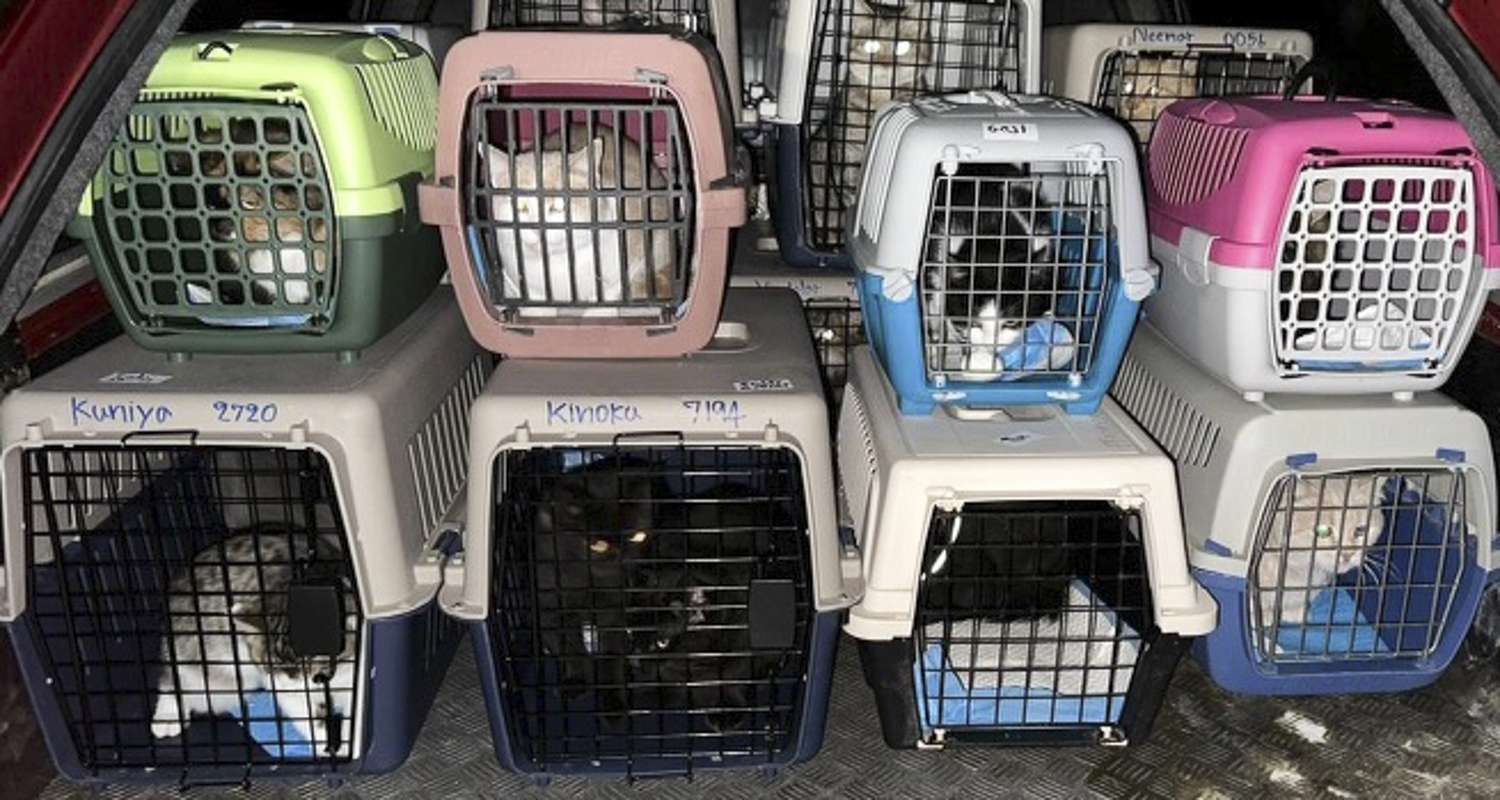 "They're all available for adoption, and some of them are already finding homes," Aufenkamp shared on how the cats, who made it to the U.S. at the end of October, are doing today.

"Some of the kitties have made their way to Crumbs and Whisker's Cat Cafe in Georgetown, where anyone can come in and meet them and enjoy spending time with them and getting to know them," she added.

Those interested in adopting one of the rescue cats can learn more about applying on the Homeward Trails' website. Animal lovers not in a place to adopt a pet right now can still help the felines.

"We could not have rescued these cats without donations because this effort was entirely 100% funded by individual donors," Bell said 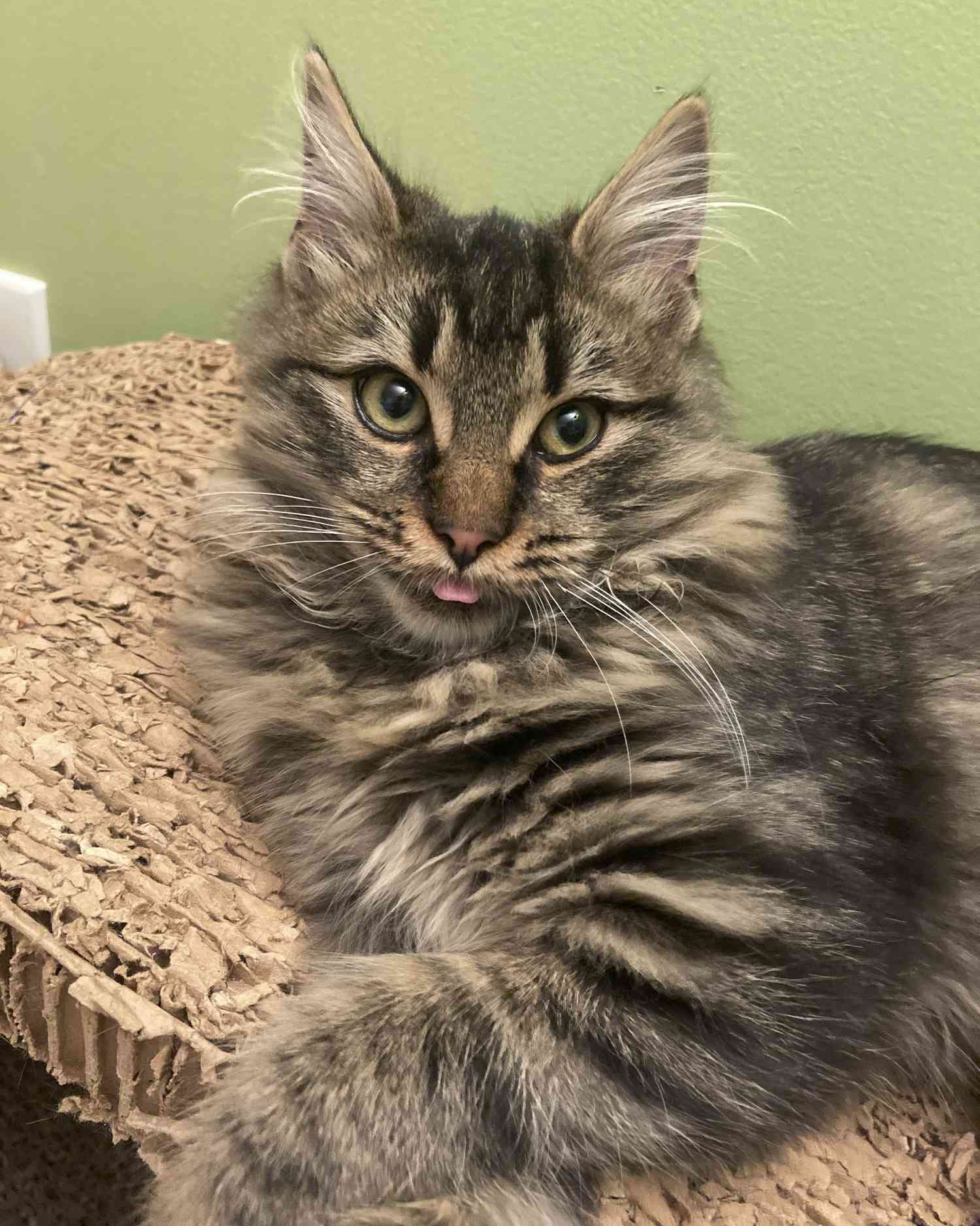 "Donations are the only way we can do this. Homeward Trails, right now, is the only organization taking cats of this size from Breaking the Chains. It is our hope to continue doing so because when we take the cats, we provide a loving home and free up space at Breaking the Chains' Ukraine shelter for them to take more," she added, noting that many of the animals at Breaking the Chains' shelter are pets the nonprofit is caring for until the pets' owners, who are fleeing war, are settled in a safer location.

Both Aufenkamp and Bell hope these felines and what they have been through inspire others to find ways to care for the animal victims of war.

"My eyes have been opened. Any conflict going on in the world has hundreds of thousands of animal victims. I hope that not just for Ukraine, but for any other conflict that should arise in the world, we might find ways to get involved and help," Bell said.