Two Ukrainians whose wedding was scuppered by war were able to get married in the UK after a chance meeting with the founder of a leading wedding planning app.

Mariia Bilyk and Vitalij Melynik had planned to get married in Ukraine in the summer of 2022, but the Russian invasion put paid to their plans.

Instead, Ms Bilyk, 23, from Lviv, joined her fiance Mr Melynik, 27, who had been living in London for the best part of a decade, in March earlier this year. 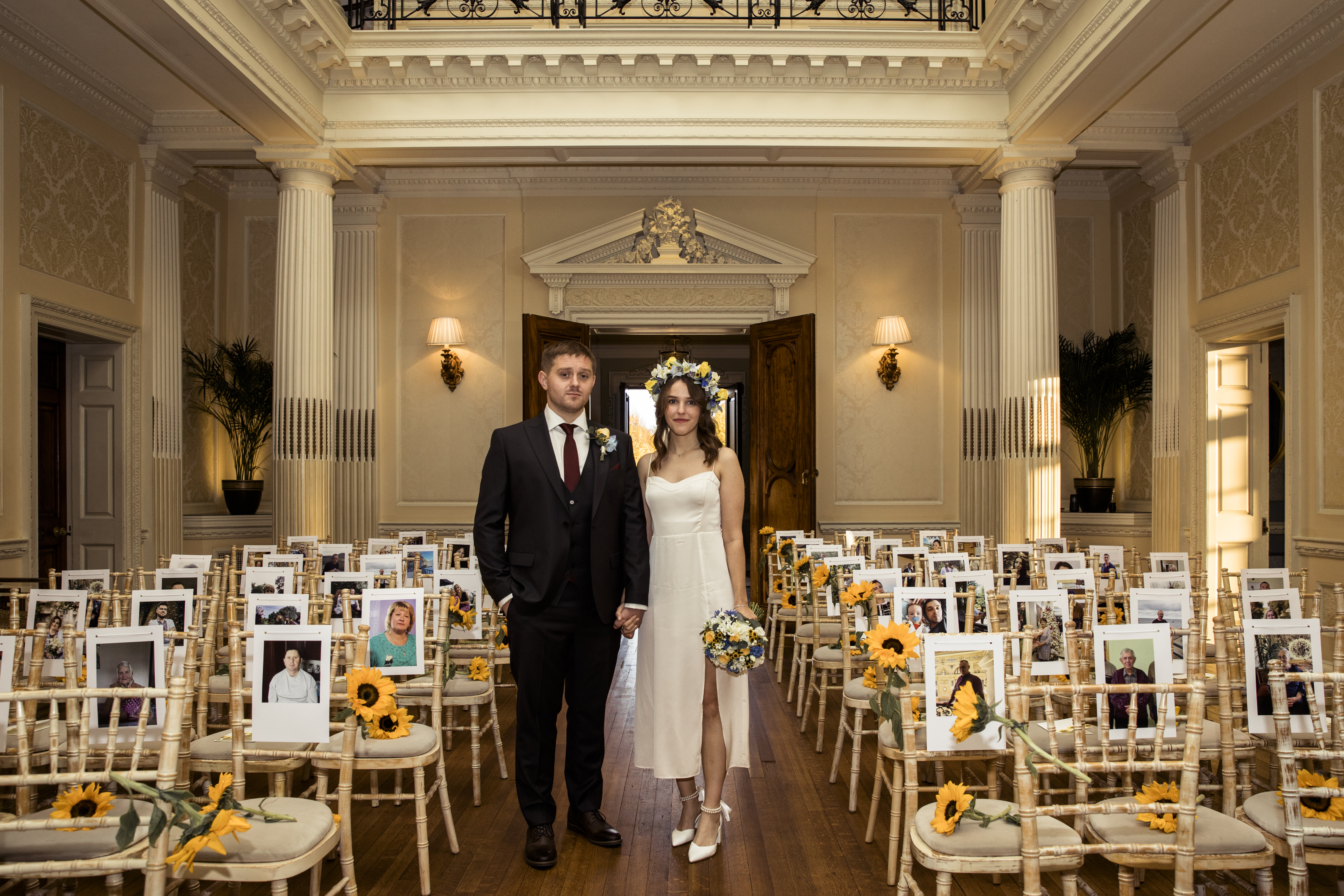 The couple had their wedding at Hedsor House in Buckinghamshire (Charlie Dailey/Bridebook.com)

Ms Bilyk took on work as a cleaner once in the UK and found herself working at the house of Hamish Shephard, the founder of Bridebook, a leading wedding planning app.

Mr Shephard and Bridebook helped the happy couple tie the knot on Monday with just a few weeks’ notice at Hedsor House in Buckinghamshire.

“It was such a coincidence,” Mr Melynik told the PA news agency.

“Hamish, the guy who helped us with all of this, has a housekeeper and that lady I think she was ill or she had taken a holiday, I can’t remember.

“So he called my auntie’s company where Mariia has been working at, so that’s where they met. Mariia was cleaning his house, and he just showed up to her and she said we had a cancelled wedding and it’s all really sad, and Hamish showed such great support.

“We had to do a lot of shopping which I hate doing. But it turned out really great.” 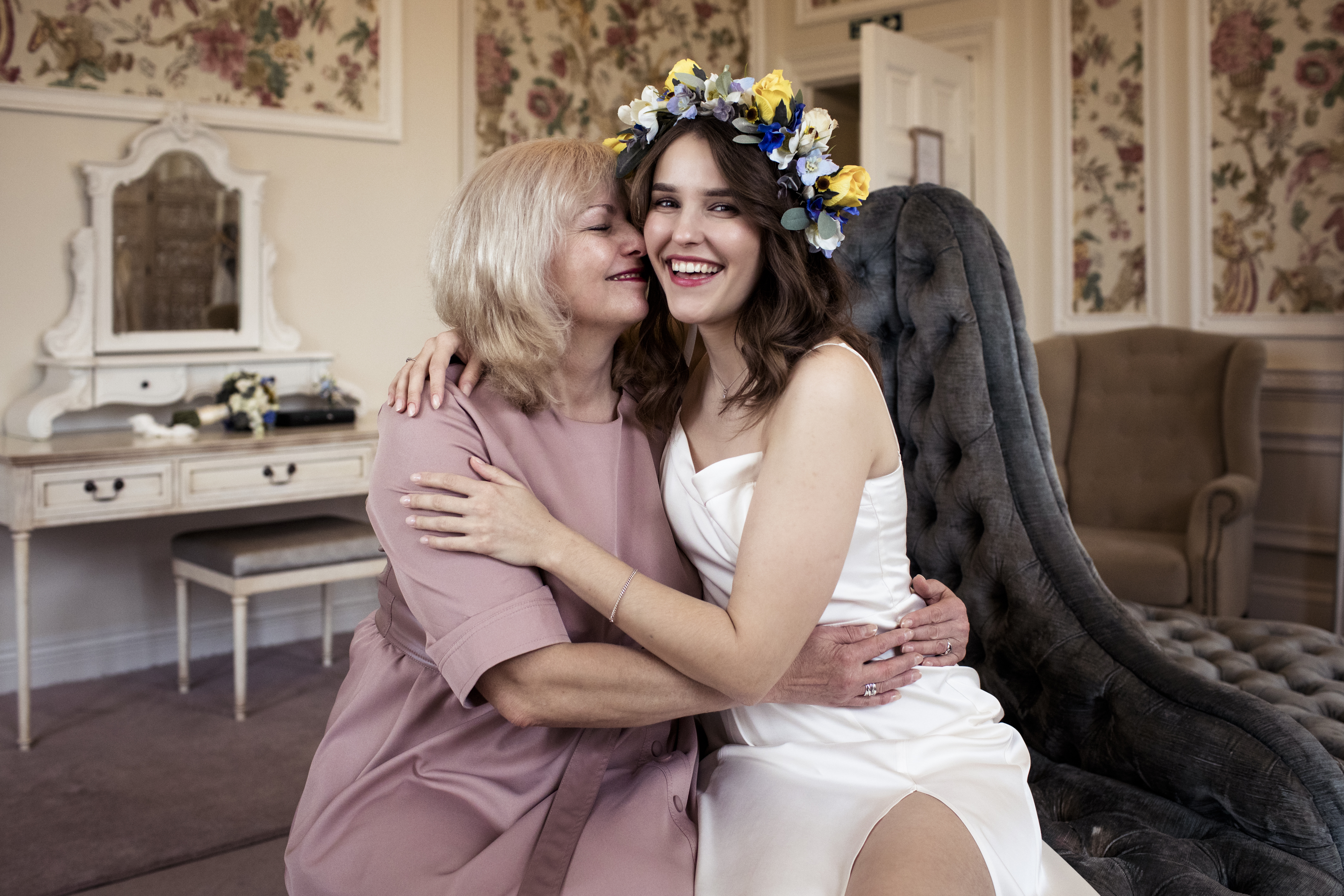 The ceremony took place with just a handful of guests, including both Mr Melynik and Ms Bilyk’s mothers – their fathers were unable to leave Ukraine however due to their age.

The happy couple walked down a sunflower-lined aisle and past photographs of family and friends from Ukraine which had been placed on the chairs.

The menu meanwhile was created by British caterers Goose and Berry and included Ukrainian canapes.

Mr Melynik and his mother had been due to visit Ukraine to meet Ms Bilyk’s parents in February to plan the wedding, but the Russian invasion came just one day before their flight.

Ms Bilyk travelled to Poland to meet her fiance as a result of the war, before heading to the UK in March. 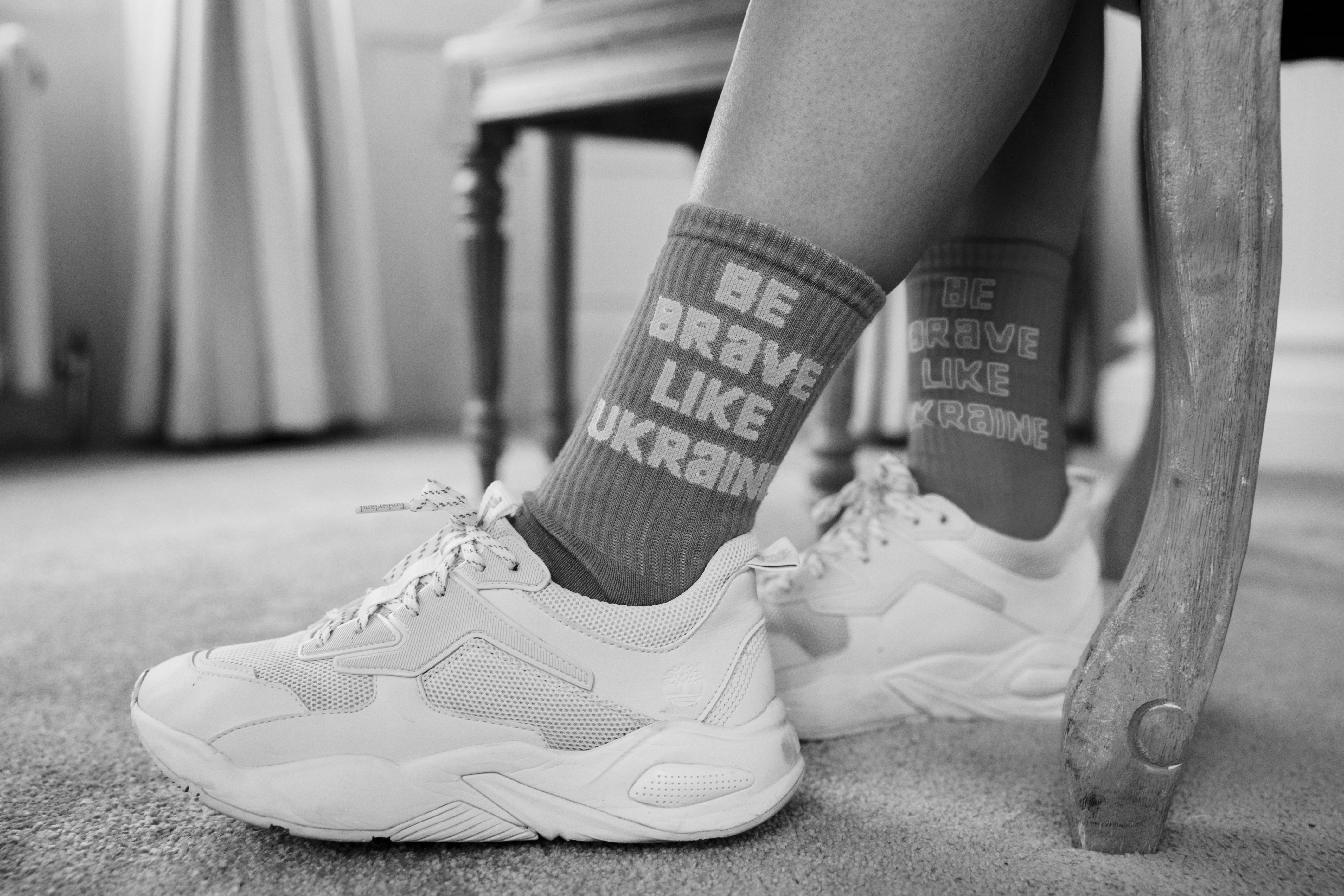 “It was very difficult,” said Mr Melynik. “I didn’t believe there would be a war, I was quite sceptical about that, but obviously it started.

“They were just you know, giving everything to the people, driving them wherever they need to, they were taking babies and feeding them, everything you needed.”

With Ms Bilyk meeting Mr Shephard after reaching the UK, his company Bridebook used its contacts to get their wedding back on track in England.

The team reached out to its network of suppliers who came forward and offered their services for free for the couple. The menu was created by British caterers Goose and Berry and included Ukrainian canapes (Charlie Dailey/Bridebook.com)

“It was honestly really special and amazing,” said Mr Melynik.

“Everyone was so friendly, so much kindness and so much support. Everyone did an amazing job, they made the hall look fantastic with a lot of flowers.

“The things (Mr Shephard) has done for us, all of these ideas and everything, it was just great. Something you won’t see every day for sure.”

Mr Shephard meanwhile described it as “the most incredible day” and praised the response of the wedding suppliers who made it possible.

“It (is) fantastic to see the immediate, heartfelt response from our global network of bridebook.com wedding suppliers who were all as keen as I was to help Mariia and Vitalij,” he said.

“It was the most incredible day for all who were involved, and one the Bridebook team, Hedsor staff and I will never forget. We wish the couple every happiness.” Mr Shephard described it as ‘the most incredible day’ (Charlie Dailey/Bridebook.com)

Bridebook has set up a Just Giving page where anyone who would like to donate to the International Committee of the Red Cross can do so – in return, donors will receive a digital set of the happy couple’s wedding photos.

To find out more, visit www.justgiving.com/page/maria-and-vitalijs-wedding.