Authorities in Kyiv accused Russian forces Monday of looting residences in the occupied city of Kherson after forcibly deporting the civilian population.

Russia’s occupation authority in the city — the only provincial capital Moscow has captured since the start of the war — has called the movement of civilians an evacuation, necessitated by the growing proximity of Ukrainian forces.

“While Kherson residents are being forcibly deported from their homes, talking about ‘evacuation’, [Russian] military and FSB officers are doing what they love most — robbing their houses,” Ukrainian presidential adviser Mykhailo Podolyak tweeted.

The Ukrainian military echoed Podolyak’s report late Monday, saying Russian troops were “involved in looting and theft from residents and from infrastructure sites and are taking away equipment, food and vehicles to the Russian Federation.”

Russian troops were also reportedly setting up defensive positions inside residential buildings in the city, preparing for street by street fighting reminiscent of the bloody struggles for Severodonetsk and Mariupol.

A resident looks from the window of a bus as Russians evacuate a geriatric boarding house on the left bank of the Dnieper river, in Kherson. 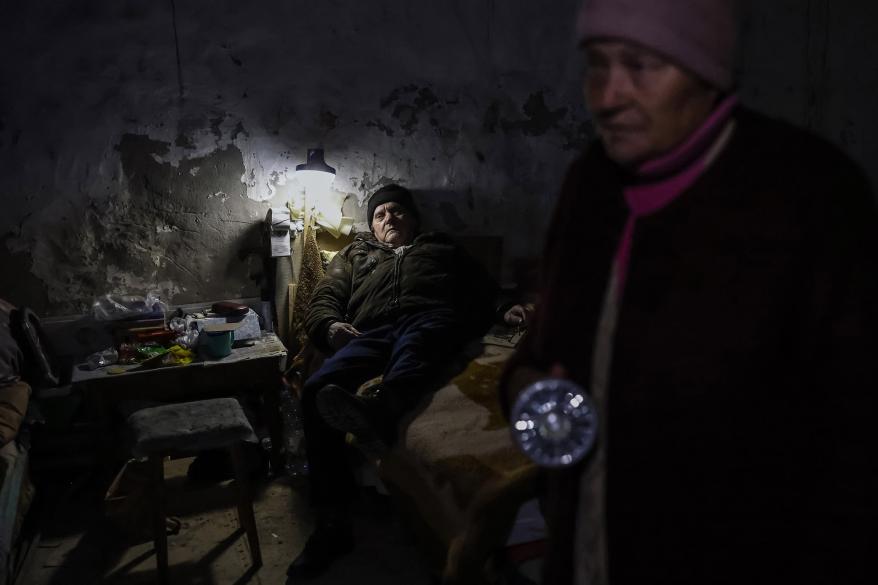 A husband and wife camp out in their basement at a village in close proximity to the frontline, in the northern Kherson region. 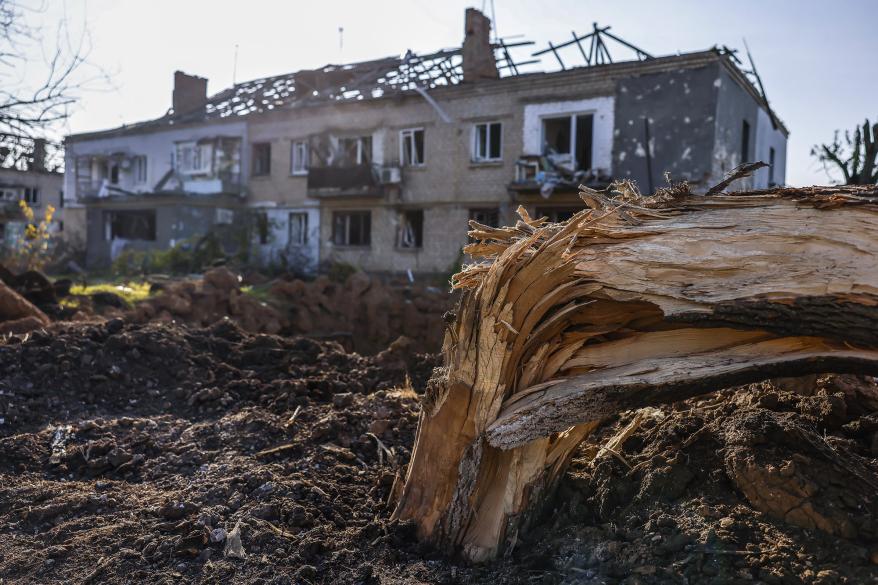 Residents were forced out of their homes. 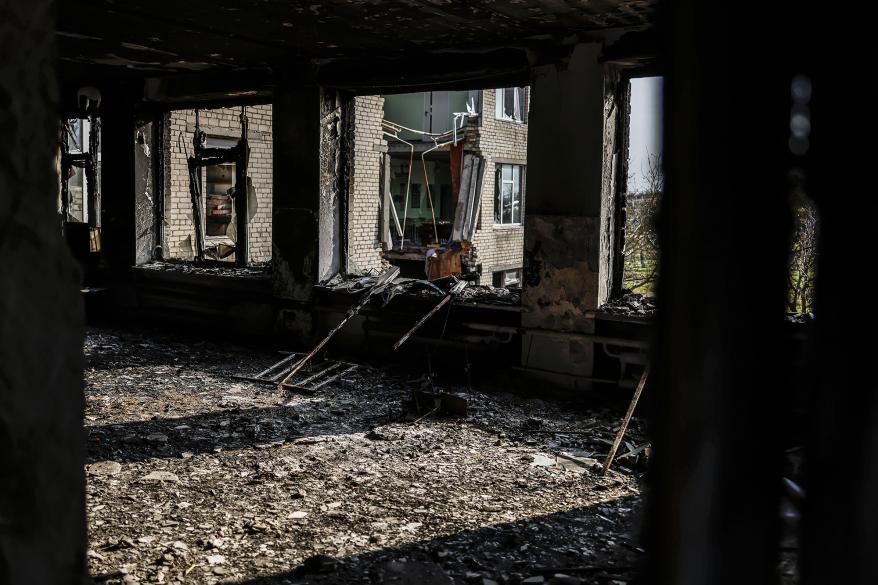 A school in the city endured serious damages. 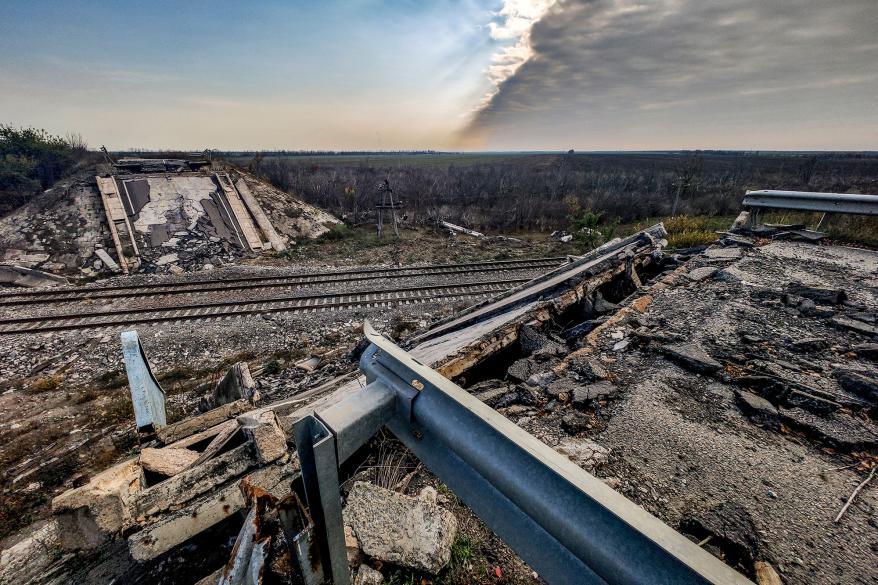 A damaged bridge near Kherson. 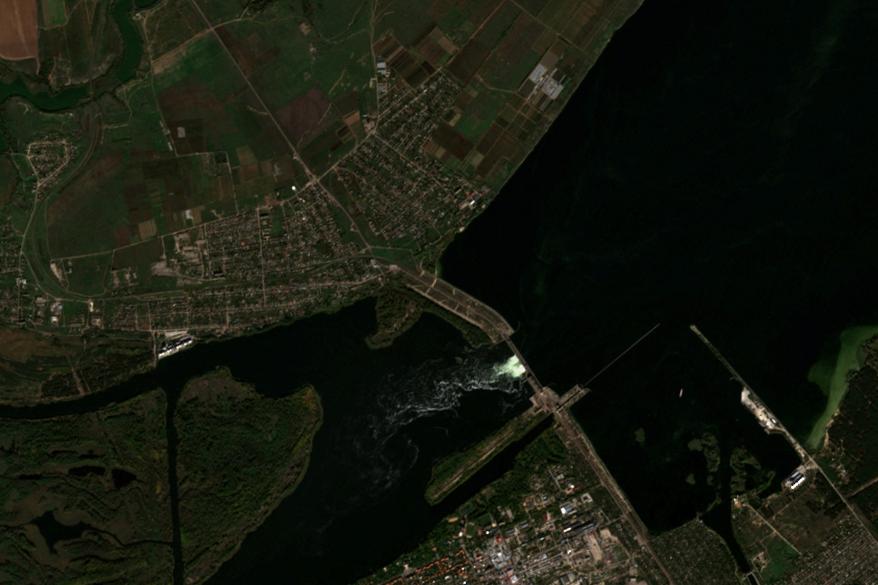 Military leaders on both sides have said they anticipate a brutal fight for the southern city, which fell to Russian forces in the opening hours of the invasion.

Kherson is of symbolic importance for Moscow and its spurious claim that Ukraine — and specifically the Kherson, Zaporizhzhia, Donetsk and Luhansk provinces — are rightfully part of Russia.

The city also holds strategic importance as a shipbuilding port city with access to the Dnipro River — which bisects Ukraine and leads to the capital city of Kyiv up-river.

Kherson city sits on the western bank of the Dnipro, in a small pocket of Russian controlled land. Russian forces have largely fallen back to the river’s east bank, which they have reportedly been fortifying for weeks.

Volunteers of the World Foundation for Ukraine inspect a former Russian military fortification at the northern Kherson region.

Kirill Stremousov, deputy head of Russia’s puppet administration for the Kherson province, hinted last week that Russia could still pull back from the city and across the Dnipro — a move reportedly already made by the occupation administration itself.

The city was without power or water on Monday. Russian authorities claimed Ukrainian forces had sabotaged the power grid, an accusation to which Kyiv did not respond. Last month, the Ukrainian military accused Moscow’s forces of intentionally sabotaging the power in order to drive civilians from the city.

A monument to General Alexander Suvorov was reportedly looted from Kherson. 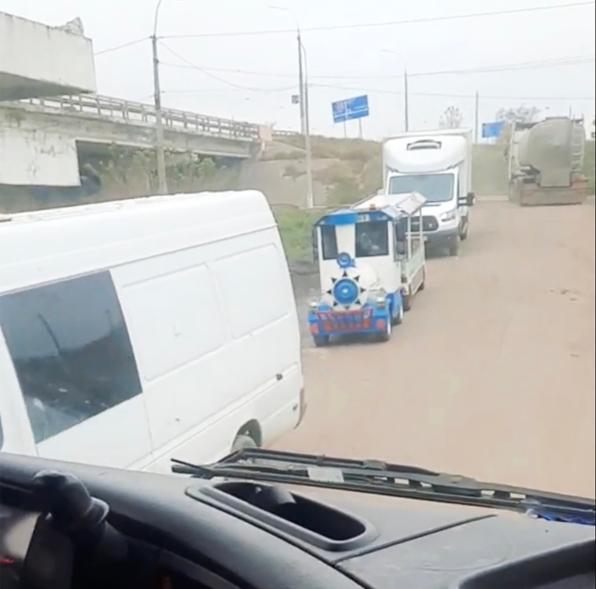 A convoy of cars including a minivan and a fairground train are driven out of the Kherson. 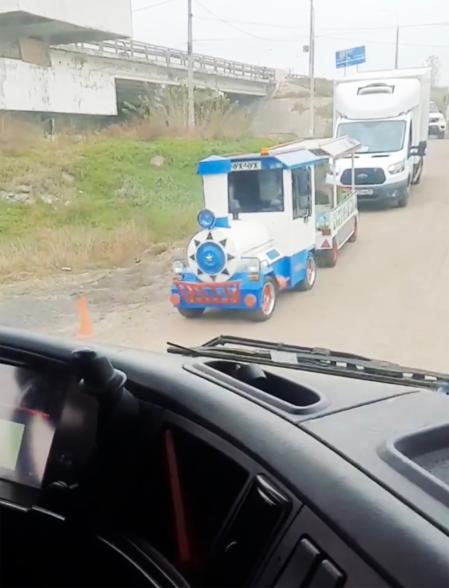 Military leaders anticipate a brutal fight for the southern city.

The skies over Ukraine were uncommonly quiet Monday, absent the rush-hour bombardment that marked the previous three weeks.

Meanwhile, fighting continued in the eastern Donbas region, an industrial heartland bordering Russia and made up of the Donetsk and Luhansk provinces.

Ukrainian President Volodymyr Zelensky called Donetsk the “epicenter” of the fighting on Monday, where heavy battles continue in the towns of Bakhmut and Avdiivka.