Top eight stories for today including a Dutch court convicted three men of killing all 298 people on board Malaysia Airlines Flight 17; Nancy Pelosi announced she will step down as leader of the House Democrats; A member of R. Kelly’s inner circle was sentenced to 20 months behind bars, and more.

Nancy Pelosi steps down as Democratic leader in House

Nancy Pelosi, who has served as speaker of the U.S. House of Representatives since 2019 and previously from 2007 to 2011, said Thursday she will step down as leader of the House Democrats but remain a member of Congress. 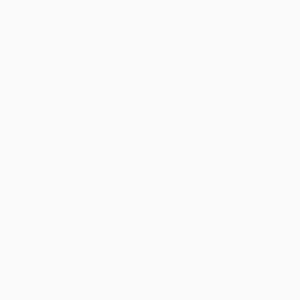 Speaker of the House Nancy Pelosi, D-Calif., addresses a crowd ahead of the July 20, 2022, vote on the Right to Contraception Act, which would inscribe the right to use contraceptives into law. (AP Photo/J. Scott Applewhite)

The 11th Circuit heard arguments Thursday over whether anonymous chat website Omegle is liable for those who misuse the site to sexually exploit children.

A person types on a laptop keyboard. (Courthouse News photo/Pixabay)

A member of R. Kelly’s inner circle was sentenced to 20 months behind bars Thursday for trying to blackmail one of the disgraced R&B singer’s victims, including threatening to and ultimately releasing explicit photographs, ahead of Kelly’s sex trafficking trial last year.

Donnell Russell, a former manager for the imprisoned R&B singer R. Kelly, returns to the Manhattan federal courthouse on July 22, 2022, after federal prosecutors delivered closing arguments in a criminal trial where Russell is accused of calling in a shooting threat to block the 2018 premiere of "Surviving R. Kelly," a Lifetime series that went on to reignite the criminal investigations that ultimately sent Kelly to prison. (Joshua Russell/Courthouse News Service)

A day after she framed her participation in the insurrection as being swept up the crowd, prosecutors confronted Jessica Watkins on the stand Thursday with the more affirmative language she used about the storming of the Capitol in her initial FBI interviews.

Prosecutors introduced this image of Jessica Watkins wearing paramilitary equipment and other paraphernalia from the far-right Oath Keepers militia during the Jan. 6, 2021, riot at the U.S. Capitol. (Justice Department via Courthouse News)

US regulators vote to remove four dams on Klamath River

After years of advocacy and research, the Federal Energy Regulatory Commission voted Thursday to remove four aging hydroelectric dams from the Klamath River along the Oregon-California border.

In this March 3, 2020, file photo, the Klamath River is seen flowing across northern California from atop Cade Mountain in the Klamath National Forest. (AP Photo/Gillian Flaccus, File)

At a highly secured facility just miles from the airport where Malaysia Airlines Flight 17 departed in July 2014, a Dutch court on Thursday convicted three men of downing the Boeing 777 and killing all 298 people onboard.

Ukrainian emergency workers carry a victim's body in a body bag as pro-Russian fighters stand guard at the crash site of Malaysia Airlines Flight 17 near the village of Hrabove, Ukraine, in July 2014. (AP Photo/Evgeniy Maloletka, file)

Venezuela focused on inadmissibility Thursday in a bid to have the World Court turn away its latest border flare-up with neighboring Guyana, this time over the discovery of oil in coastal waters four years ago.

Exterior view of the Peace Palace, which houses the International Court of Justice, or World Court, in The Hague, Netherlands. (AP Photo/Peter Dejong)

The largest living species of sea turtle, the leatherback, which can reach up to six feet long, would look tiny next to one of its ancient counterparts. Uncovered in northeastern Spain, the fossils of a portion of a giant prehistoric species of a turtle’s shell and pelvis are estimated to be twice the size of the leatherback turtle, making the discovery the largest marine turtle found in Europe.