The seasoned energy adviser to multiple Ukrainian government departments, agencies and parliamentary members told CBC News he saw a point last winter when his country's electrical grid was at its most vulnerable.

At the time, Ukraine was in the final throes of an almost decade-long process of disconnecting from the Russian and Belarusian energy network and connecting to the European grid.

To do so, Ukraine had to overcome a number of technical challenges, including conducting a test known as "isolation mode" which required it to operate independently without importing any energy over several days.

The critical date when Ukraine's grid entered this fragile state was ... Feb. 24, 2022, the day Russia invaded.

Kharchenko said it came as no surprise to him that Moscow chose that date to launch major hostilities.

"If you remember, all intelligence reports say that it will be [an] attack on 16 February, and [then] 22 February, but nothing happened," Kharchenko told CBC News.

"So I really believe that it could be connected."

Over the past few weeks, the Russian military has attempted to do with missiles and "kamikaze" drones what it failed to do by stealth last winter — take down Ukraine's power grid and plunge the country into darkness and cold.

A blackout with a 'light touch'

They concur with Kharchenko and say Moscow's aim appears to have been to switch off the lights and heat without damaging the infrastructure — in the hopes of occupying the country without being forced to go through a costly rebuild.

"They clearly wanted a light touch," said one former western military commander who has been quietly advising the Ukrainians; they spoke on background because of the sensitivity of their position.

Other top former NATO commanders say they suspect Russian forces wanted to take advantage of the anticipated chaos — no lights, no phone service — in order to rush forces to Kyiv to quickly overthrow the Ukrainian government. That assumption could very well have been "baked" into the campaign plan, they said. 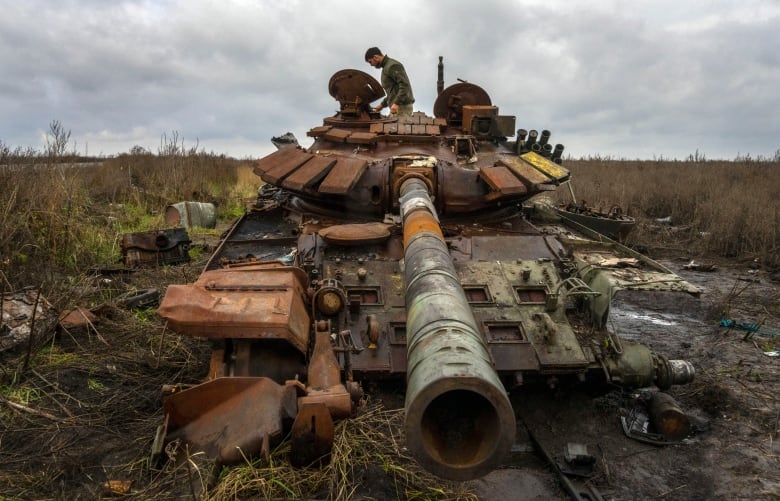 Kharchenko said Russia would have known the de-synchronization test date months in advance, as far back as November 2021, because Ukraine was required to give notice that it was conducting the test and cutting itself off from the long-established Soviet-era grid.

UkrEnergo, Ukraine's state-owned national electricity company, and its subsidiary United Energy System of Ukraine (UES) signaled in early February that they had stockpiled 700,000 tonnes of coal to ensure continued operations at the plants.

UkrEnergo did not respond to email requests for comment on this story.

The system held up

"I believe that many people in Russia could be sure that if they will attack when we are in isolation mode, we will lose management of the system," said Kharchenko, the managing director of Ukraine's EIRCenter, an independent energy research organization.

"If they attack on that day, it means blackout in many parts of Ukraine. You could imagine, yes? We have a rocket, shells, Russian military and no electricity."

In the early days of the invasion, some energy infrastructure was bombed but there were no major blackouts and the system did not crash the way the Russians expected, Kharchenko said.

The original proposal had been to disconnect from the Russian grid, conduct the test and then reconnect so that Ukraine could go through the final stages of linking up with the European power system — a process which was expected to take about a year.

But Kharchenko said that once the invasion was underway, that plan was scrapped and the merger with the European grid was put into high gear.

The final connection with Europe was established on March 16.

Ariel Cohen, a senior fellow at the Atlantic Council's Eurasia Center and an expert on international security and energy policy, said the decoupling from Russia was well executed and Ukraine "managed to pull it off with barely noticeable disruptions."

Cohen said he also believes the Russian military was counting on being able to subdue Ukraine while its energy grid was vulnerable — another example of Moscow believing its own propaganda.

"They underestimated the Ukrainians. They miscalculated that Ukraine is much more resilient than they thought it was," Cohen said, adding that this miscalculation can be added to the "long list of Russian and analytical failures in the run-up to this war."

Military analysts who have dissected the early part of the campaign say the Russians were not expecting the Ukrainians to fight so skillfully and went into this war with a poorly coordinated and badly supplied army. Those failures eventually led to Russian forces' retreat from Kyiv in the spring and from Kharkiv, the country's second largest city, in the summer. 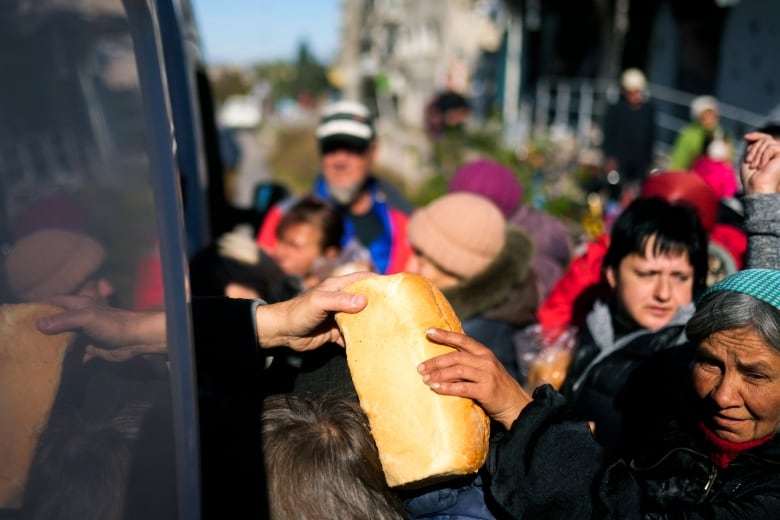 The merger with Europe's power grid was a feat made more impressive by the fact that Ukraine had been relying on electricity imports from Russia and Belarus after restarting purchases in 2019, which had been suspended since the annexation of Crimea five years before.

In terms of overall capacity, Ukraine wasn't importing a lot of energy from either Russia or Belarus, Cohen said — but Ukraine's drive for energy independence meant a great deal to Ukrainians.

"Symbolically, it meant a lot, because that was yet another step that Ukraine took to disconnect from Mother Russia and reconnect with Europe," Cohen said. "Cutting the umbilical cord of the Soviet electricity system that was built and had been there for decades, and [was] designed to keep Ukraine in the bosom of Mother Russia."

Ukrainians understood the symbolism all too well, said Kharchenko. And Russia viewed decoupling as a threat to national security, he said, because it would both deprive Moscow of a large energy market and make its own network more vulnerable by depriving it of a supplier.