The Holy Father has had a special affection for Ukraine since he was 11 years old. Today, he feels more deeply the tragedy of war ...

On his return trip from Bahrain this November 6, Pope Francis shared on the plane a detail that brings Ukraine particularly into his heart.

“When I was 11 years old,” he said, “there was a priest near me who celebrated in Ukrainian and had no altar boys, and he taught me to serve Mass in Ukrainian, and all these Ukrainian songs I know in their language, because I learned them as a child.”

“So I have a very great affection for the Ukrainian liturgy,” the Pope said. “I am in the midst of two peoples that I love,” he added, in reference to Russia.

He said that he speaks of Ukraine as “tormented” because of the “cruelty” they are experiencing in the war.

The Pope, who in his younger days was a literature teacher, often makes reference to the works of Dostoevsky. 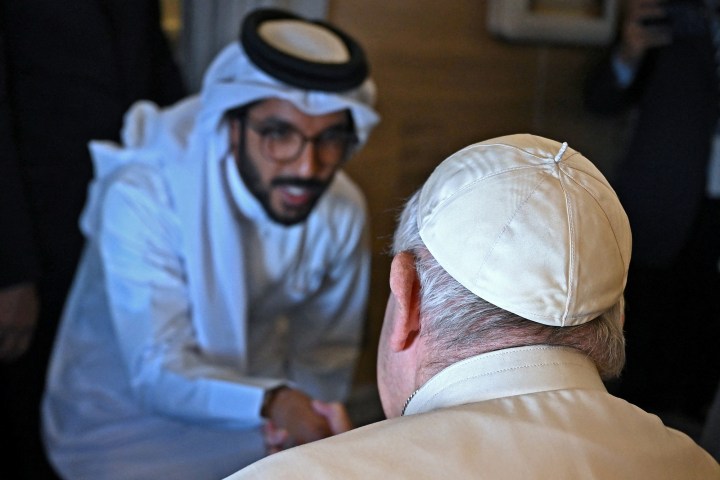 Regarding Lebanon, the Pope said it is a sorrow that moves him particularly, because Lebanon is not just a country but “a message.”

I pray, and I take this opportunity to make an appeal to Lebanese politicians: leave aside self-interest, look at the country and be in agreement. First God, after that the country, then interests. God and the country. Right now I don’t want to say “save Lebanon” because we are not saviors, but please, you have to support Lebanon, help so that Lebanon stops in this descent, so that Lebanon regains its greatness. There are means … there is the generosity of Lebanon. How many political refugees are in Lebanon! It is so generous and it is suffering.

I take this opportunity to ask for prayers for Lebanon, prayer is also a friendship. You are journalists, look at Lebanon and talk about it to raise awareness. Thank you. 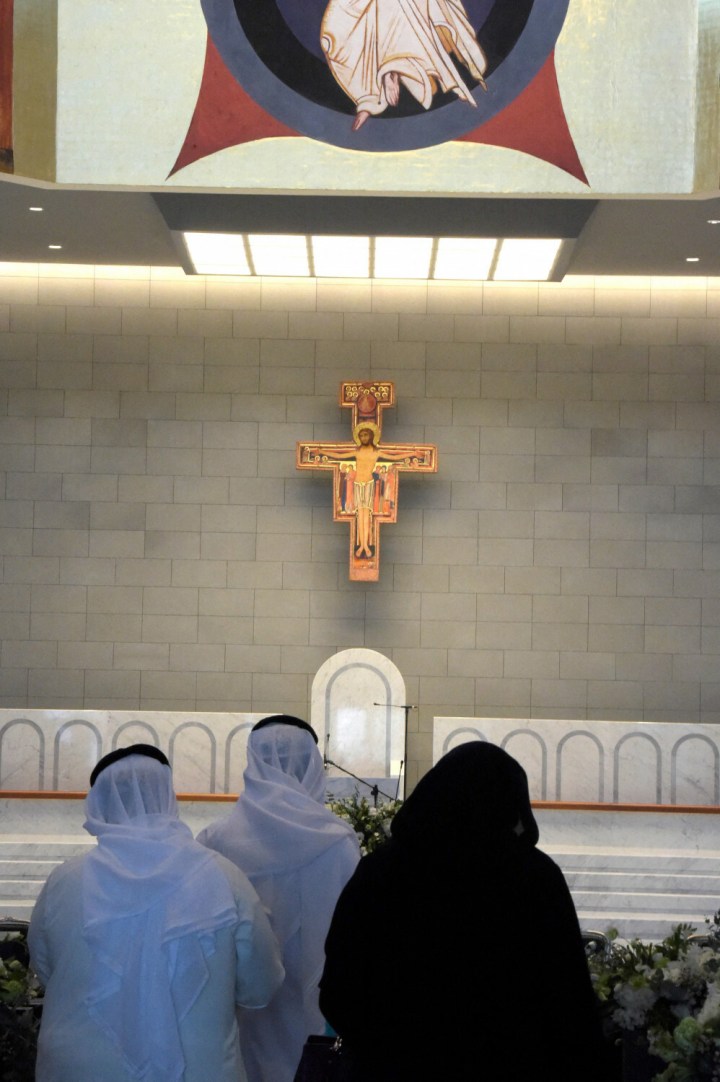 During the in-flight press conference, the Pope spoke a few times about conflicts in the world.

Then I would like to complain … In a century, three world wars! The one of 1914-1918, the one of 1939-1945, and this one! This one is a world war, because it is true that when empires, either on one side or the other, weaken, they need to make a war to feel strong – and also to sell weapons, eh! Because today I believe that the greatest calamity in the world is the arms industry. Please! I’ve been told, I don’t know if it’s true or not, that if we didn’t make weapons for a year, we could end world hunger. The arms industry is terrible.

A few years ago, three or four, a ship full of weapons came from a certain country to Genoa and they had to pass the weapons onto a bigger ship to take them to Yemen. The workers in Genoa didn’t want to do it … It was a gesture. Yemen: more than ten years of war. Yemen’s children have no food. The Rohingya, moving from one side to the other because they were expelled, always at war. Myanmar, it’s terrible what’s happening … Now I hope something will stop today in Ethiopia, with a treaty… 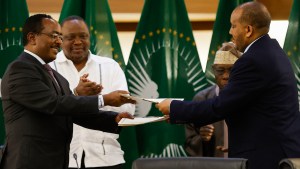 Graves speak to the heart

“But we are at war everywhere and we don’t understand this,” the Pope lamented.

The Holy Father shared how he has been affected by his visits to military cemeteries. He spoke of his visit to a World War I cemetery – made more poignant because “my grandfather had been at the Piave and told me what was going on there.”

“I cried, I cried, I’m not ashamed to say it,” the Pope recalled.

Then he mentioned a World War II cemetery and the graves “of those American boys, [who died] in the Anzio landings. [They were] 19, 20, 22, 23 years old, and I cried, really, it came from my heart … And I thought of the mothers and they hear the knock on their door: ‘Ma’am, an envelope for you.’ She opens the envelope: ‘Ma’am, I have the honor to inform you that you have a son who is a hero of the fatherland …’ The tragedies of war.”

Then the commemoration of the Normandy landing:

I don’t want to speak ill of anyone, but it touched my heart: When the commemoration of the Normandy landings took place, the heads of so many governments were there to commemorate that. It was the beginning of the fall of Nazism, it’s true. But how many boys were left on the beach at Normandy? They say 30,000 … Who thinks of those boys?

War spreads all this.

The Pope concluded with an intense appeal: “That is why you who are journalists, please be pacifists, speak out against wars, fight against war. I ask you as a brother. Thank you.” 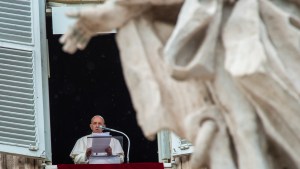 Tag: Regarding Lebanon, The Holy Father.