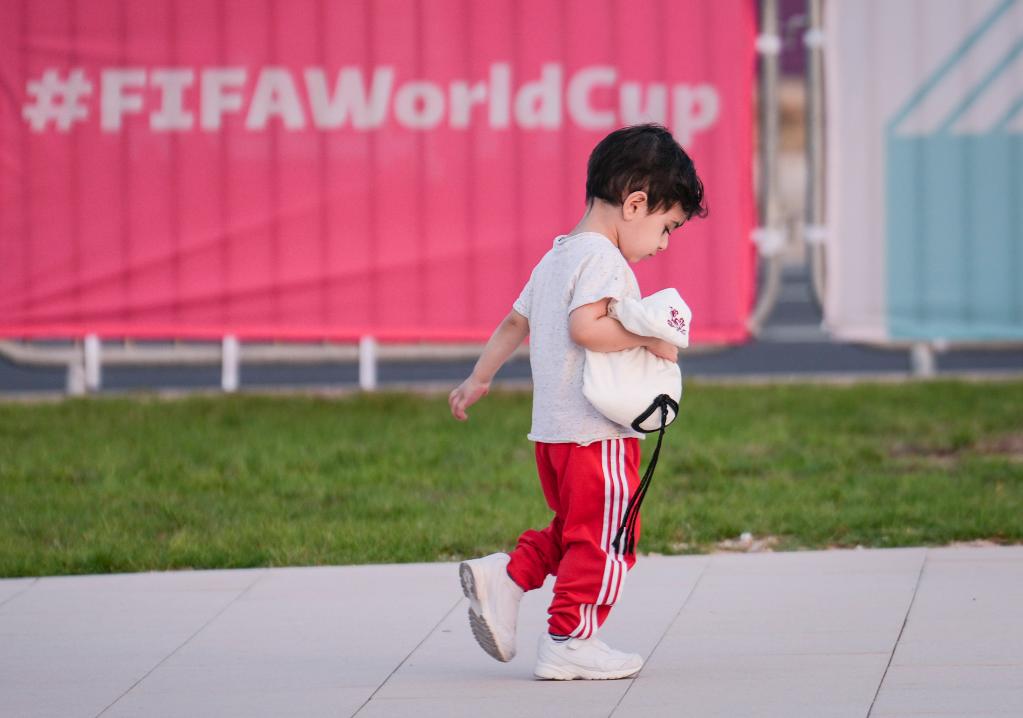 Qatar has attracted worldwide attention because it will host the Football World Cup from Sunday. On the other hand, China was in the global spotlight early this year for successfully hosting the Beijing 2022 Winter Olympic Games. And not unexpectedly, China used the panda as the Winter Games mascot, as it has done for almost every major sports event, including the 2008 Summer Olympic Games, it has hosted.

There is a reason for that: Giant pandas are found in the wild only in China. In fact, the panda has become the symbol of China's friendly diplomacy, and promotes the country's relations with the rest of the international community.
From the Tang Dynasty (618-907) to the present, the panda has traveled from the forests to the rest of the world as a friendly envoy of China, contributing to the development of friendly relations between China and other countries.
Qatar's warm welcome for two pandas, named "Suhail" after one of the brightest visible stars in the Gulf region and "Thuraya" which is the Arabic name for one of the most famous and brightest star clusters, reflects the extent of the growing Sino-Qatari relationship.

It seems the recent changes in the regional and international landscapes (the "Arab Spring" which began 2011, the 2017 Gulf crisis, the China-US tensions and the ongoing Russia-Ukraine conflict) have had a direct impact on the rapprochement between the two countries toward strengthening their strategic partnership and expanding their circle of cooperation.

An ambitious country like Qatar, whose regional role has been growing in recent years, has found in China — a global power with global interests and global influence — a suitable partner that can help it expand its political and economic reach beyond its traditional sphere in the Gulf region and the Middle East. Thus, Qatar can demonstrate its regional and international standing, and expand its diplomacy in Asia, which is awash with conflicts and tensions.

Perhaps the success of Qatar's foreign policy in mediating between the Taliban regime and the United States months ago, and Qatar's becoming a dialogue partner in the Shanghai Cooperation Organization confirm this trend. This may help Qatar benefit from the efforts of the SCO members, led by China, to fight the three evils (terrorism, separatism and extremism) and successfully host the Football World Cup.

Moreover, Qatar realizes the importance of China as one of the important markets for Qatari gas. Therefore, expanding its gas market in Asia would be one of the most important moves toward expanding cooperation with China in the next stage, especially because Western sanctions against Russia could affect energy supplies to many countries.

Chinese foreign policy, in effect, is no different from Qatari foreign policy. China wants to ensure smooth energy supplies from the Middle East, many Chinese investment companies are active in Qatar, and China is trying to implement various promising economic projects in the Middle East. And Qatar is one of the emerging economic powers that could be a reliable partner in this regard.

In this context, we should not forget that Qatar welcomes China's political and economic role in the Middle East. It shares China's perspective on many development initiatives such as the Belt and Road Initiative and helping build a community with a shared future.

Despite their historical, cultural, political and economic differences, Qatar and China can work together to maintain world peace and promote joint development, as well as strengthen bilateral relations, especially given their economic, commercial and energy interdependence, which brought the two sides together in the first place.

No doubt, there are many cooperation prospects that could enhance bilateral strategic relations, the most important being expanding trade relations, particularly in the field of energy and technology, and increasing the volume of mutual investments.

The author is a professor at the International Affairs Department of Qatar University.

The views don't necessarily reflect those of China Daily.