The federal government is considering extraordinary measures to reduce its backlog of immigration applications, including waiving eligibility requirements for nearly half a million visitor visas, according to a policy memo reviewed by The Globe and Mail.

A draft document from December reveals that Immigration, Refugees and Citizenship Canada is trying to significantly reduce or eliminate its inventory of visitor visa applications by February and is willing to use “aggressive measures” to do so. There were more than 700,000 temporary resident visa applications in the system as of early December, a portion of the overall sum.

In total, there were more than two million immigration applications to be processed as of late last year, including from those seeking work and study permits, along with those who applied for permanent residence. The Immigration department is concerned that the stockpile is “eroding the public’s trust” in the department, the memo reads. 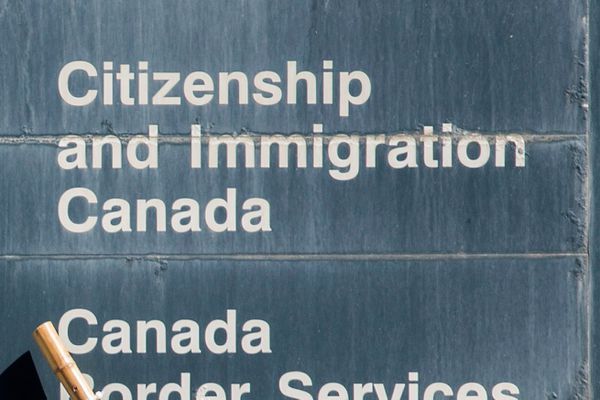 This is the daily Morning Update newsletter. If you’re reading this on the web, or it was forwarded to you from someone else, you can sign up for Morning Update and more than 20 other Globe newsletters on our newsletter signup page.

Premier Doug Ford unveiled a plan yesterday to increase the use of private clinics to tackle Ontario’s surgery waiting lists, which the government pegs at more than 200,000 people, but he says the operations moving to such clinics would still be paid for by the public health system.

Almost all of these existing independent clinics are run by for-profit companies – a major point of contention for opposition politicians and health care unions criticizing the move.

As the health care system seeks to recover from the strains of the pandemic, Canadians have been experiencing longer emergency-room and surgery waiting times. Hospitals across the country also have been hamstrung by labour shortages that have hampered efforts to tackle surgical backlogs that grew during COVID-19 waves.

A Canadian combat medic has been killed in fighting in eastern Ukraine, friends and fellow fighters say.

Grygorii Tsekhmistrenko is the third Canadian volunteer killed in battle since the start of the 327-day-old Russian invasion of Ukraine. He died on Sunday near the front-line city of Bakhmut, which has seen months of vicious fighting in a desperate Russian attempt to take over one of the key transport nodes in the Donbas region.

The specifics of Tsekhmistrenko’s death are not yet public and a spokesperson with Global Affairs Canada refused to confirm anything late Monday afternoon.

Got a news tip that you’d like us to look into? E-mail us at tips@globeandmail.com Need to share documents securely? Reach out via SecureDrop

Also on our radar

China’s economic growth in 2022 among worst in decades: The Chinese economy grew by 3 per cent in 2022, the second-lowest rate since the 1970s, as COVID controls and other headwinds continued to drag on the world’s second-largest economy. The country’s population, the largest in the world, shrank last year for the first time in decades.

Ottawa approves new Quebec lithium mine: The federal government has given the go-ahead for a new lithium mine to be built in Quebec as Canada attempts to establish a footing in a critical mineral industry dominated by China.

Union leaders transferred funds to enrich themselves, lawsuit claims: The Ontario Public Service Employees Union is accusing three former executives of improperly using millions of dollars in cash and assets for personal enrichment. The lawsuit alleges that the former executives paid themselves “significant compensation” they were not entitled to, and transferred union-owned assets such as vehicles to themselves and family members for free.

Home sales, prices expected to fall in 2023: Canada’s national real estate association is forecasting another year of housing market declines, after home prices sank for the 10th straight month in December and as households continue to struggle with higher borrowing costs.

Mafia boss arrested after 30 years on the lam: One of the world’s most wanted men and savage killers, Sicilian Mafia godfather Matteo Messina Denaro, was arrested yesterday in Palermo, ending one of the longest manhunts in Europe.

New alcohol-use guidelines advise fewer drinks: Canada’s new guidelines on alcohol and health have arrived, with the following advice: Any reduction in drinking helps. The more you drink, the higher the risks are. And preferably, consume no more than two drinks on a given day. If you want to cut back on your drinking this year, here are some tips to help you.

World markets struggle: European shares paused their new year rally and Asian equities slipped after China reported weak fourth-quarter economic data on Tuesday, keeping investors on edge over the prospects of a global recession. Around 5:30 a.m. ET, Britain’s FTSE 100 was down 0.24 per cent. Germany’s DAX and France’s CAC 40 fell 0.27 per cent and 0.18 per cent, respectively. In Asia, Japan’s Nikkei ended up 1.23 per cent. Hong Kong’s Hang Seng slid 0.78 per cent. New York futures were weaker. The Canadian dollar was lower at 74.45 US cents.

What everyone’s talking about

Bruce Kidd: “And at a time when Canada is already facing increased challenges in providing accessible and rewarding sports opportunities for children and youth to participate in, highly publicized sports betting poisons the meaning of sports. The message, today, is that the joy of sports only comes from placing a winning bet, not from actually playing.” 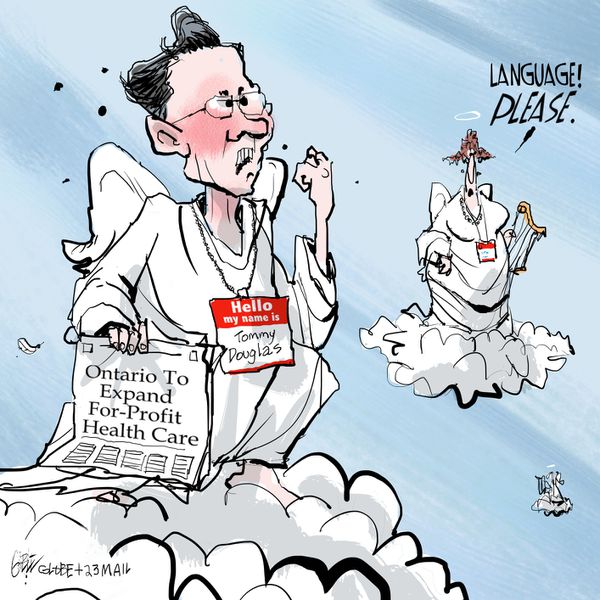 A beautiful space only feels like home if it also works hard for everyday life. For the 2023 edition of Designing Canada, which highlights the country’s best architecture, interiors and housewares, we’re embracing spaces that inspire through their balance of form and function. 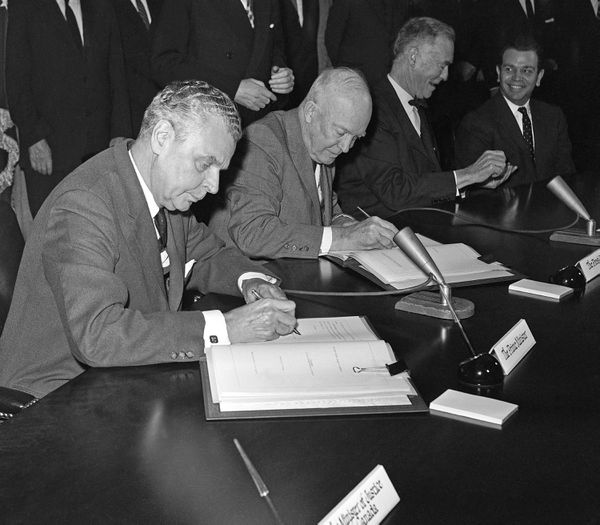 The United States and Canada may have regarded the Columbia River Treaty a done deal, but British Columbia remained a dissenting voice, insisting that the agreement be reworked. In Washington, D.C., on this day in 1961, American president Dwight Eisenhower and Canadian prime minister John Diefenbaker signed the accord. Since the end of the Second World War, the Americans had been seeking to provide flood control and harness the hydroelectric energy potential of the Columbia River that flowed through southern British Columbia into Washington State to the Pacific coast. The deal, accompanied by American financial compensation, granted Canada half the downstream power benefits in exchange for constructing three water storage dams on the British Columbian side of the river. But formal parliamentary ratification was delayed another three years because of a federal-provincial dust-up over the treaty terms. The W.A.C. Bennett Social Credit government flexed its constitutional responsibility for provincial resource development and demanded – and secured – the right to sell British Columbia’s power entitlement to the United States; it wanted to use the revenue for the government’s overall hydro development plans for the province. Not surprisingly for the time, Indigenous interests were never considered, and the environmental consequences played down. Bill Waiser

If you’d like to receive this newsletter by e-mail every weekday morning, go here to sign up. If you have any feedback, send us a note.