This is what US President Joe Biden told allies, says a NATO source; two people were killed in the strike in the village of Przewodow near the border 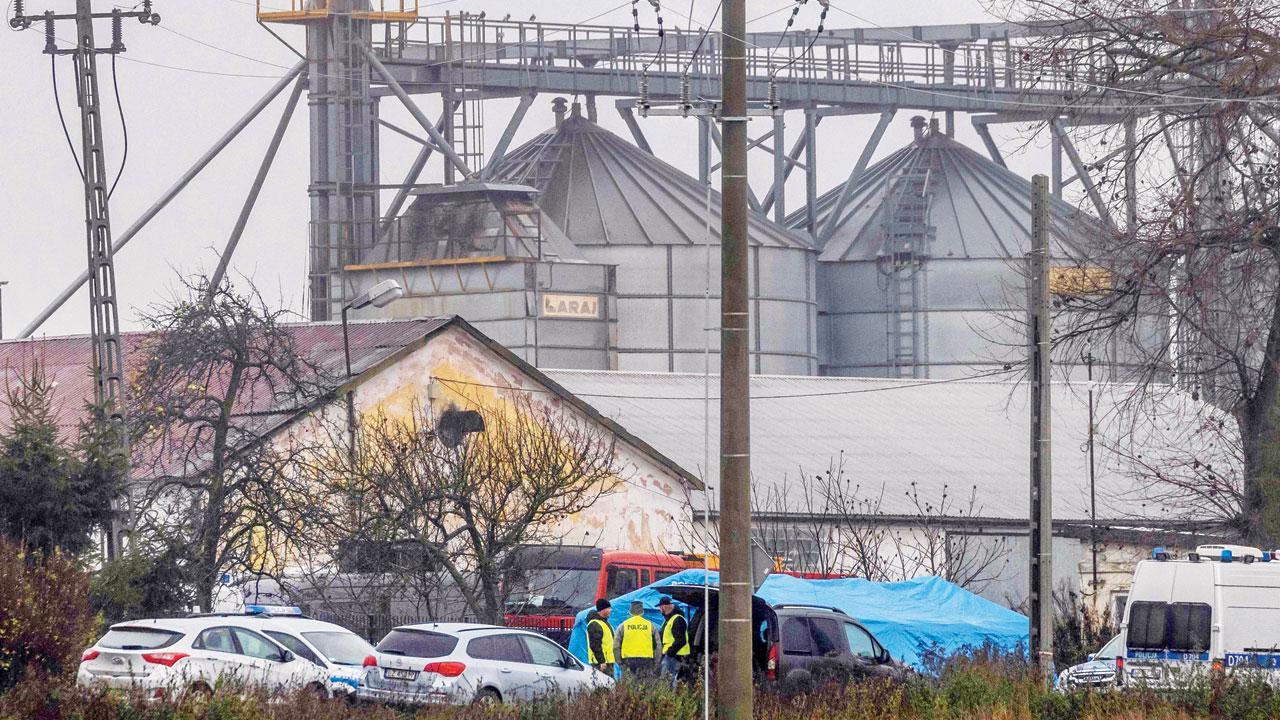 
U.S. President Joe Biden told allies that a missile that killed two people in Poland was a Ukrainian air defence missile, a NATO source said on Wednesday. Earlier, Biden said publicly that the missile was unlikely to have been fired from Russia. If confirmed, that would likely alleviate concern that the first deadly incident in a NATO country since the war in Ukraine began might lead to escalation.

NATO’s Secretary General on Wednesday later said the blast in Poland was likely caused by a Ukrainian air defence missile but that Russia was ultimately responsible because it started the war. “They are responsible for the war that has caused this situation,” Jens Stoltenberg told a news conference after an emergency meeting of NATO ambassadors. “Let me be clear this is not Ukraine’s fault.”

The blast, which killed two people, raised global alarm that the Ukraine conflict could spill into neighbouring countries. Kyiv says it shot down most of the incoming Russian missiles with its own air defence missiles. Ukraine’s Volyn region, just across the border from Poland, was one of the many Ukraine says was targeted by Russia’s attacks. The Russian Defence Ministry said none of its missiles struck closer than 35 km (20 miles) from the Polish border, and that photos of the wreckage showed elements of a Ukrainian S-300 air defence missile.

Asked whether it was too early to say if the missile was fired from Russia, Biden said, “There is preliminary information that contests that. I don’t want to say that until we completely investigate it, but it is unlikely in the lines of the trajectory that it was fired from Russia, but we’ll see.” The United States and NATO countries would fully investigate before acting, Biden said in Indonesia after meeting other Western leaders on the sidelines of a summit of the G20 big economies.

The Kremlin said on Wednesday that some countries had made “baseless statements” about the incident, but that Washington had been comparatively restrained. Spokesman Dmitry Peskov told reporters that Russia had nothing to do with the incident, which he said had been caused by an S-300 air defence system.

The Polish Foreign Ministry said the rocket fell on Przewodow, a village about 6 km (4 miles) from the Ukrainian border. Polish President Andrzej Duda told reporters it was “most likely a Russian-made missile”, but that there was no concrete evidence of who fired it. Both Russia’s long-range missiles and air defence missiles used by Ukraine use Soviet designs.

This story has been sourced from a third party syndicated feed, agencies. Mid-day accepts no responsibility or liability for its dependability, trustworthiness, reliability and data of the text. Mid-day management/mid-day.com reserves the sole right to alter, delete or remove (without notice) the content in its absolute discretion for any reason whatsoever