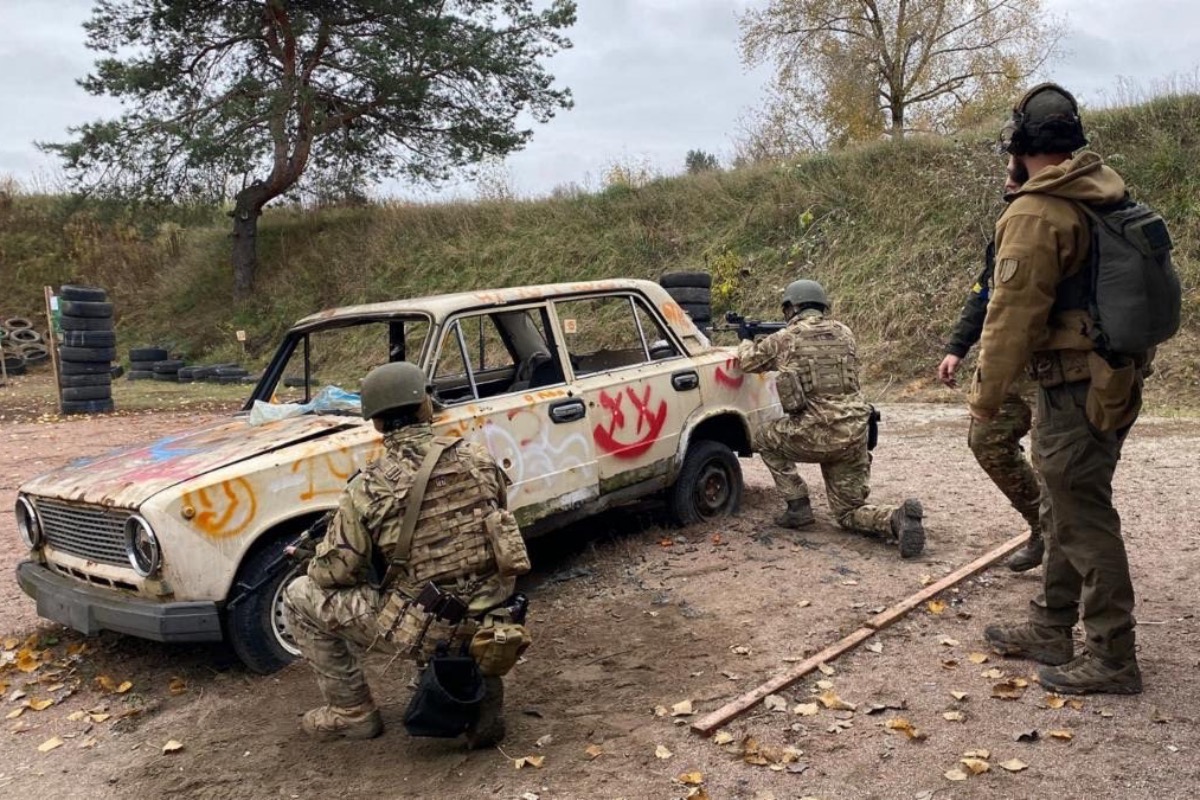 I was asked to write a piece on my perspective as a Mexican American woman on the Ukraine-Russia war, having arrived in Ukraine over two months ago with the nonprofit organization Sons of Liberty International (SOLI), who I’m working with here in Ukraine and have worked with since 2017. I’ve shared a few posts on my social media on the work SOLI is doing in Ukraine, providing training to the Ukrainian military since March 2022, as well as what is happening in Ukraine on the ground and what we all collectively have experienced during this time. I also had the opportunity to do som ideography and photography of SOLI’s two-week training of Ukraine’s National Guard. 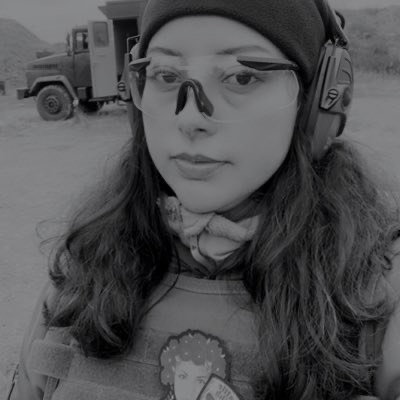 KYIV, Ukraine — As I write this, we are well into the second power outage of the day in this part of Kyiv, Ukraine’s capital city. We have experienced daily power outages since Russia began missile attacks in Kyiv on October 10, 2022, bringing flashbacks for many Ukrainians about the start of the invasion.

I recall that morning when we were first awakened by a distant siren. One of our team members awakened us saying an airstrike had hit the city. Soon afterward, we heard an airstrike hit nearby, followed by a loud explosion that shook the house.

I recall a part of my brain saying, “This must be an earthquake,” and yet I knew it was a Russian missile attack.

Then came the sudden realization that the city was under attack, and for the first time, I felt as if there was nothing we could do except remain indoors and wait. We could see a large cloud of smoke rising at a distance from the window. I knew I had to take a photo and a short video of this because it was not far from us. We later found out through the news that a particular missile hit a park visited by families with children. The rest of the missile attacks hit other parts of downtown causing injuries, and deaths.

Just a week later there was another attack, this time with Iranian Kamikaze drones launched by Russia on October 17, mainly targeting civilians during morning rush hour. We are now experiencing from one to three power outages per day in most areas, each lasting anywhere from four to six and up to 12 hours each time. I have lost track of how many days and weeks have gone by since the initial airstrike siren, and now daily power outages have become a way of life.

The power outages, while now somewhat predictable, do create problems and delays for simple everyday tasks, from using the internet for basic online-social media communication and work, to shopping, ordering online, cooking, ordering a taxi —which delays or prevents traveling— taking a shower, doing laundry, etc., unless you happen to have a generator to keep things running during a power outage, which not all homes and businesses have.

Recently, when I could not order a taxi because the power was out, I had to take a bus with two journalist friends who had just returned from covering the war on the frontlines. A man sitting next to an elderly lady let me have her seat. I noticed how a few elderly women were sitting in the bus, along with men and women of various ages all taking a bus ride near the city center, where we finally got some internet signal, enough to order a taxi downtown where the journalists took some photography and were able to upload their work online. I had a last-minute meeting with a contact who worked with our team, including a Ukrainian friend who was visiting Kyiv.

During my time here so far, I have been able to understand the war from the perspective of Ukrainians, despite the language barrier, since a small percentage speak English well, and the rest speak primarily Ukrainian and Russian. For nearly two months I had not come across someone who could also speak Spanish, for example, until the team hosted a Spanish journalist.

I have learned a valuable lesson from the Ukrainian people, which is that life goes on regardless of what is happening around you—from everyday people who continue their life, work, and education, to those who have chosen to defend their country.

Yesterday, Tuesday, we experienced what is considered to be the largest attack by Russia on Ukraine since the start of the war: 100 KH-101 missiles, including a set of Iranian drones. We witnessed two of those missiles fly above the houses here in Kyiv around mid-afternoon, followed by a few explosions —likely from one of the missiles being intercepted— while working outside on the generator during a power outage. We read afterward that four missiles had been intercepted and two hit residential areas, killing one person. 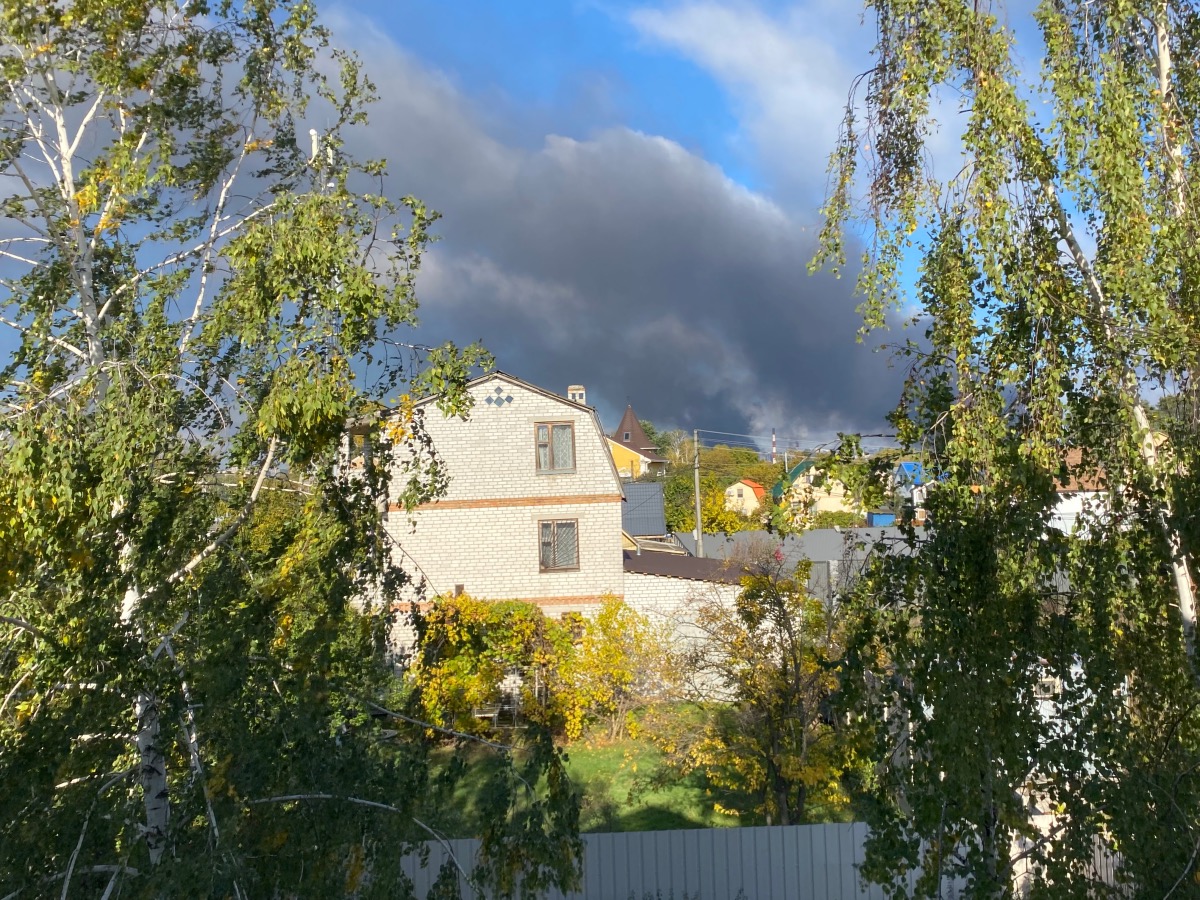 Normally we hear an air-raid siren go off, but this time we missed the faint alarm, which is not as audible indoors. We also used to receive phone notifications for airstrikes. Now we don’t, with Russia targeting the energy infrastructure and cell towers, which often knocks out phone signals and internet connections.

A few hours into the evening, through midnight, we followed the news of a missile hitting Poland that killed two people, sparking an emergency meeting with global leaders and NATO. The findings, as of this morning —according to the AP, Reuters, and other media— are that “President Biden informed G7 and NATO the explosion in Poland was caused by a Ukrainian air-defense missile.”

“At the end of the day,” writes Seth J. Frantzman in the Jerusalem Post, “Russia’s use of missiles to strike at Poland is partly to blame for the incident in Poland, but having better air defenses may also be an issue for Ukraine. Ukraine has been asking for more air defenses over the past year. Ukraine recently received the IRIS-T air defense system from Germany.”

This, I feel, would not have happened had Russia decided not to attack Ukraine again with 100 missiles to destroy all remaining energy infrastructure. Israel had also promised before to help Ukraine with an improved air-defense system, which we know is badly needed to improve accuracy and prevent accidents such as these, which created a brief online panic with fears of the potential of initiating NATO’s Article 5 and, thus, WW3. However, outgoing Israeli defense minister, Benny Gantz, said, “It’s impossible to empty Israel’s supply of air defense systems.”

Meanwhile, Sweden has stepped up with air-defense system support for Ukraine, according to Swedish Defense Minister Pal Johson. The package is said to include all-terrain vehicles, winter equipment, body armor, and tents.

Gia Santos is a bilingual journalist, writer, and advocate for immigrant rights and victims of violence. She is the co-founder of Artists4Freedom. Twitter: @Gia_Santos_