This photograph taken on October 7, 2022 shows a Russian rocket sticks out a ground near the village of Ukrainka in a part of Southern Ukraine.

Two people were killed after missiles landed in a village in eastern Poland on Tuesday.

An investigation is underway regarding the origin of the weapons that struck the NATO nation.

President Biden said "preliminary information" indicates Russia may not have fired the weapons. 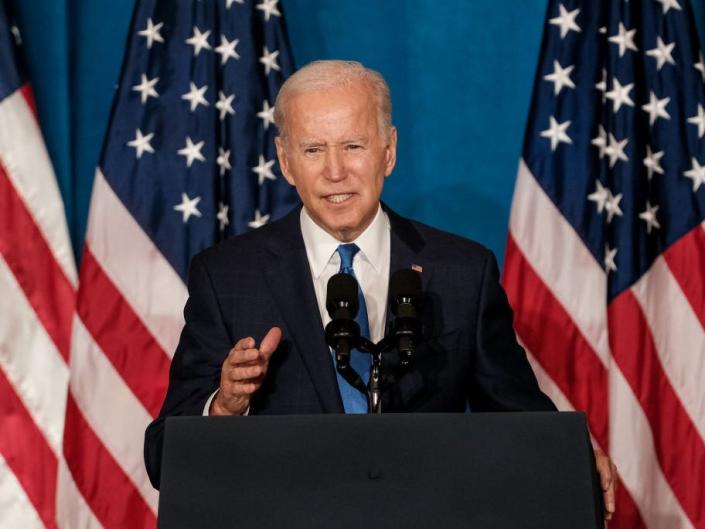 Following an explosion in Poland caused by an alleged "Russian-made" missile, per Polish authorities, President Joe Biden held an emergency roundtable with world leaders where he declined to draw conclusions or share details about the incident.

The strike that killed two people occurred Tuesday in an eastern Polish village just miles from the Ukrainian border, while the US president was in Indonesia for the G-20 summit. 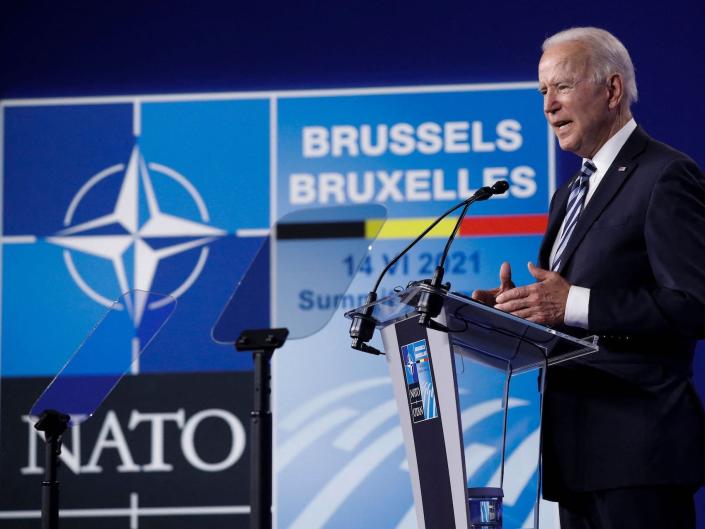 President Joe Biden gives a press conference after the NATO summit in Brussels, on June 14, 2021.

President Joe Biden has repeatedly pledged to defend "every inch" of NATO territory could face its biggest test after the Polish foreign ministry said a "Russian-made missile" struck the country, which is a NATO ally.

The Pentagon echoed Biden's promise on Tuesday. "When it comes to our security commitments and Article 5 we've been crystal clear that we will defend every inch of NATO territory," Pentagon spokesperson Brig. Gen. Patrick Ryder told reporters during a briefing.

The deadly missile incident in Poland is a 'propaganda gift' for the Ukrainians and Zelenskyy, a Russia expert says 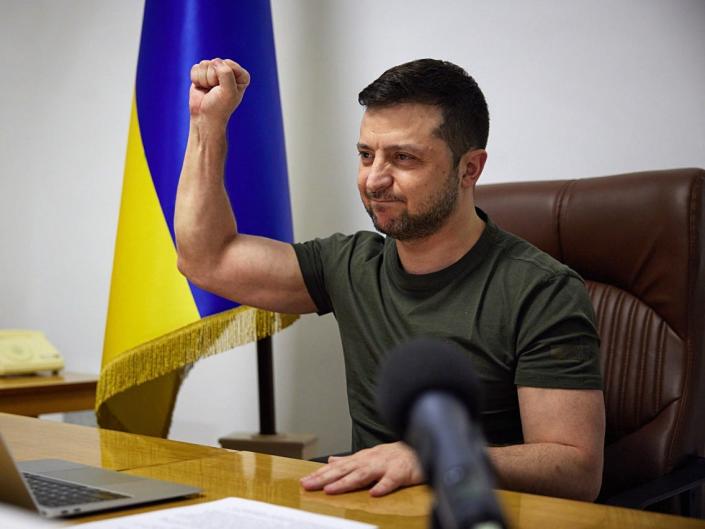 Two people were killed after Russian-made missiles reportedly landed in Poland on Tuesday, a US intelligence official told the Associated Press.

But what marks the first seeming spillover of Russia's war beyond Ukraine could ultimately benefit Ukrainian President Volodymyr Zelenskyy's ongoing efforts to stir up additional assistance and support, a Russia expert told Insider.

A top Senate Democrat warns that if Russia is behind the fatal strike in Poland then it's 'definitely an enlargement' of the Ukraine war and raises questions for NATO: report 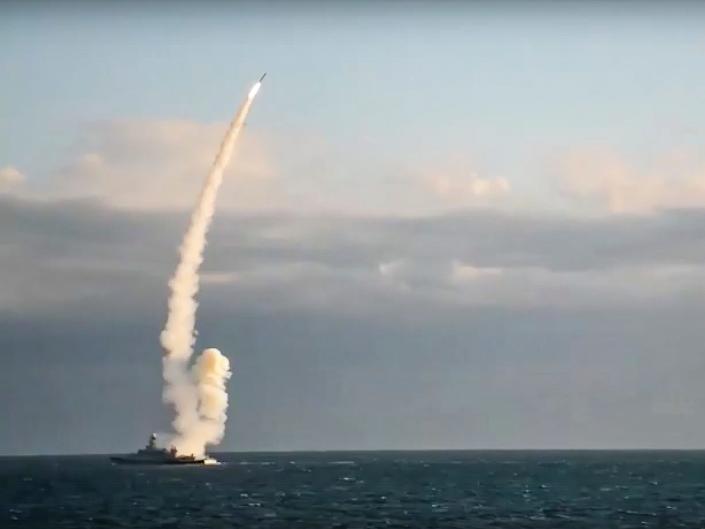 A top Senate Democrat said that the reported missile strike in Poland could mark an escalation of the Ukraine war, in which the country's military allies are forced to act if Russia was indeed behind the attack on Tuesday.

Sen. Bob Menendez, chairman of the Senate Foreign Relations Committee, told Politico he hoped Moscow would quickly clarify if the strike was unintentional because it could prompt a military response from Western allies given Poland's NATO membership. 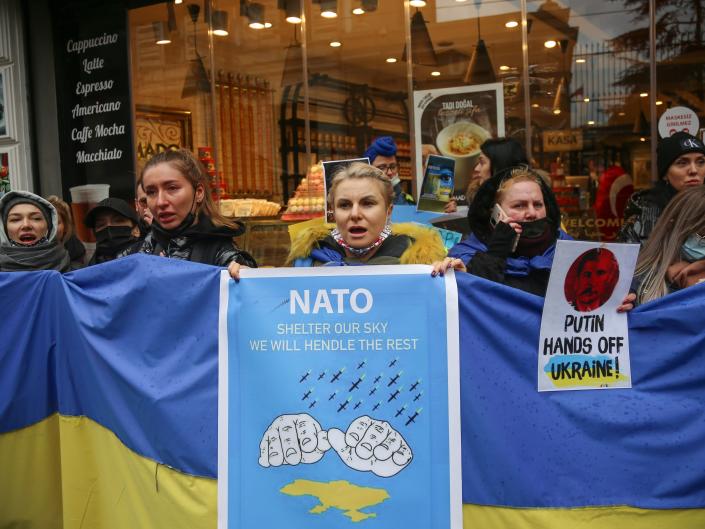 Protesters hold Ukrainian flags and placards during the demonstration.

Two people were killed after a missile landed in an eastern Polish village on Tuesday, a US intelligence official told the Associated Press.

Russia's ongoing assault on Ukraine has forced the North Atlantic Treaty Organization and its 30 member countries to continually grapple with the role they should play in the nearly nine-month conflict, but the Tuesday incident seemingly marks the first time Russian President Vladimir Putin's war has directly impacted a NATO member. 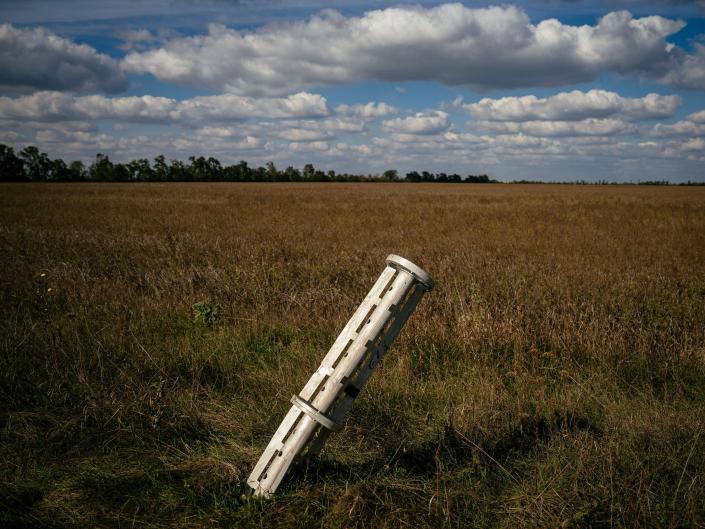 This photograph taken on October 7, 2022 shows a Russian rocket sticks out a ground near the village of Ukrainka in a part of Southern Ukraine.

Two people were killed after missiles landed in an eastern Polish village on Tuesday, a US intelligence official told the Associated Press. The incident seemingly marks the first time that Russian President Vladimir Putin's war has spilled across Ukraine's borders and into the territory of a NATO member.

The missiles landed in the village of Przewodów, which is located in eastern Poland a short distance from Ukraine's western border, and reportedly came amid a barrage of over 90 Russian missiles that targeted Ukraine's infrastructure.