Is Russia Losing Both the Kinetic and Information War? – Byline Times

Is Russia Losing Both the Kinetic and Information War? – Byline Times

With the liberation of Kherson and no ‘red wave’ in the US Congress, Mark Temnycky considers how Russia faces defeats on the ground and a loss of influence 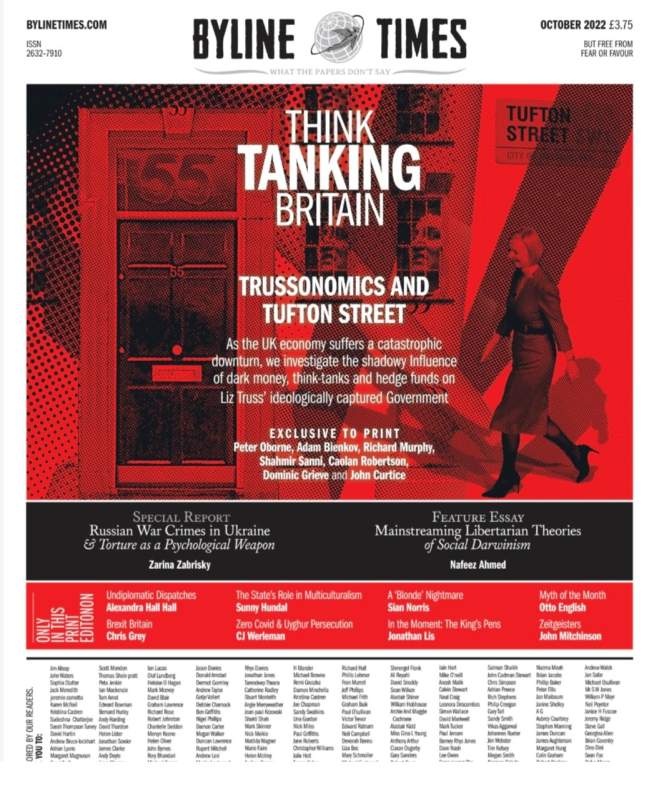 The scenes of jubilation as citizens in the liberated city of Kherson welcomed Ukrainian forces on 11 November signalled a change to Russia’s fortunes. As Putin’s forces retreated, Ukrainian soldiers were greeted by their compatriots in Kherson with open arms, waving flags in celebration.

Since it invaded Ukraine on 24 February this year, more than 80,000 Russian soldiers have been killed. Ukrainian forces have reclaimed thousands of kilometres of their territory.

But as Russia starts to lose its kinetic war in Ukraine, it appears to be losing its information war, too.

Over the past two decades, Russia’s President Vladimir Putin has repeatedly attempted to meddle in and impact elections across the West and beyond.

It has had notable successes. There has been mounting evidence that Russia successfully deployed disinformation to interfere in the 2016 Brexit Referendum, as well as the US Presidential election that same year. The Russian Federation used social media platforms to spread disinformation about the campaigns, buy up Facebook ads, and hacked the email accounts of Clinton staffers – Trump’s rival for the Presidency.

Attempting to undermine the free and fair processes of these elections led some to doubt the results, an issue that became more prominent in the 2020 US Presidential election.

Russian forces are also accused of interfering in the democratic rights of Montenegro and North Macedonia as they attempted to join NATO. The Kremlin collaborated with Montenegrin opposition politicians to force a coup and supported a failed assassination plot on the Montenegrin Prime Minister. In 2020, it launched several disinformation campaigns in North Macedonia to try and sway public opinion about NATO membership. This attempt failed as well.

Beyond Europe, Russia has notably supported oppressive rulers or movements in Venezuela, Libya, and Syria. It has also provided economic lifelines for these movements while the West has attempted to sanction and thwart their efforts.

Help to expose the big scandals of our era.

Russia had believed it would defeat Ukraine in a matter of days – instead, the Russian army has faced brave resistance and an international community that has rallied around the country and its people.

In response, the Kremlin has returned to its familiar tactics of using disinformation to divide and fragment Europe and the US, in order to undermine the region’s support for Ukraine. It has done so by, once again, targeting elections. Only this time, it has failed to achieve its goals.

Elections across Europe provided ample opportunity for Russia to use disinformation, dark money and social media to help put their backers into power. According to the U.S. Department of State, Russia had given “at least $300 million to political parties in more than two dozen countries“.

The election drive started in France, with Marine Le Pen’s attempts to defeat the pro-Ukraine, pro-EU and pro-NATO President Macron. The far-right leader of Rassemblement National had questioned why France should send aid to Ukraine, repeated Kremlin talking points about Russian aggression in Ukraine by saying there “was no [Russian] invasion of Crimea” and that residents of Crimea “decided by a crushing majority to return to Russia”.

Though she opposed sanctions on Russia, Le Pen did attempt to distance herself from Putin during the elections. Her closeness to the regime drew attacks from her opponent, President Macron, who went on to win the election with 58.55% of the vote. If Putin had hoped to have a friend in the Elysee Palace, he was to be disappointed. France has continued to provide aid to Ukraine.

If the far-right was defeated in France, they came to power in Sweden and Italy in September this year. During the election process, however, Sweden increased its budget and resources to combat malign influence and disinformation, and monitored any activity from foreign sources, making it harder for Russian forces to interfere in the democratic process.

Despite the far-right party winning the biggest vote share, and a right-wing coalition taking power, there is no sign that Sweden will be bending to the Kremlin’s will, instead continuing with its efforts to join NATO and its funding of aid to Ukraine, as well as committing to “increase military support to Ukraine” in its 2023 budget bill.

The Italian Government was similarly on high alert for disinformation and interference from the Kremlin after it was forced to call a snap election over the summer. Far-right parties, including those with links to Putin, were predicted to do well: Matteo Salvini had said the West should “rethink” Russian sanctions and Putin’s long-term friend Silvio Berlusconi.

A coalition of right-wing parties – Giorgia Meloni’s Brothers of Italy, Salvini’s Lega and Berlusconi’s Forza Italia – came out ahead by a wide margin in the parliamentary elections, with the far-right leader Meloni becoming the country’s first female Prime Minister. She has distanced herself from the Kremlin, rebuking Berlusconi for his closeness to Putin and reassuring the West that Italy remains strongly committed to NATO.

In addition, Italian Defence Minister Guido Crosetto stated that the Italian Government is preparing a new military aid package for Ukraine. This suggests that the Italians will continue to support Ukraine during its time of need.

Earlier this month, the United States held its midterm elections, and given Russia’s success in meddling in the 2016 election and its involvement in spreading misinformation about the 2020 elections, some were concerned that it would attempt to influence the outcome.

Such concerns were heightened when the founder of the Wagner mercenary organisation Yevgeny Prigozhin claimed he “had interfered” in the midterm elections, and that the Kremlin would continue with this information war. Prigozhin’s Concorde group was indicted in the US for interference in the 2016 Presidential election.

To what extent Russia meddled in the 2022 elections is unclear. But if Putin’s regime did interfere with expectations of a red wave that was pro-Trump, anti-sanctions, and anti-aid to Ukraine, any attempts were unsuccessful.

There was concern from Democrats that should the Republicans take the Senate, the GOP would significantly reduce US assistance to Ukraine. Indeed, Russian state media had openly advocated for the Republicans to gain more seats in the House and Senate, believing this would reduce American aid to Ukraine.

While several Republicans ran who believed the ‘big lie’ that the 2020 election was ‘stolen’ from Trump, few failed to win their races. Other Republican candidates who had questioned American aid to Ukraine, and stated the US could not afford to give the Eastern European country a “blank check” also saw their electoral hopes dashed.

The red wave was more of a red trickle, with Democrats holding the Senate. While Republicans are likely to win Congress, it is expected to be by a handful of seats, meaning pro-Ukraine Republicans and Democrats will significantly outnumber the election deniers and those who oppose aid to Ukraine.

Given Russia’s continued losses in its invasion of Ukraine, and its inability to significantly alter the electoral processes in Western elections this year, it appears that Putin’s strategies are beginning to fail.

But neither the West nor Ukraine should take this for granted. Instead, they should continue to build on these developments to protect democracy as well as their territorial integrity and sovereignty. Becoming complacent at this crucial time would allow Putin to re-strategise and establish new efforts on how to undermine the West and Ukraine.

Mark Temnycky is an accredited freelance journalist covering Eastern Europe and a nonresident fellow at the Atlantic Council’s Eurasia Center. He can be found on Twitter @MTemnycky