Inflation eases slightly to 10.5% from 10.7% the previous month due to cheaper fuel and clothes, official figures show

Inflation eases slightly to 10.5% from 10.7% the previous month due to cheaper fuel and clothes, official figures show 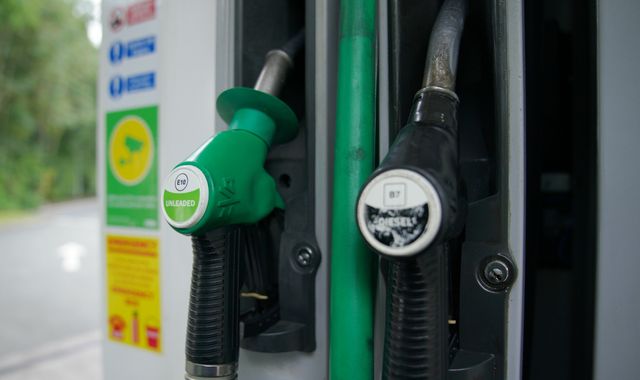 The rate of inflation eased to 10.5%, according to official figures - down from 10.7% in November.

The Office for National Statistics (ONS) said the reduced cost of motor fuels led to the decline in the core consumer prices index (CPI) measure of inflation along with cheaper clothing and footwear, and recreation and culture.

Pushing inflation up, the ONS added, were higher prices in restaurants and hotels, food and non-alcoholic beverages.

Today's announcement is the latest signal that the UK might have seen the worst of inflation. The number is down from a 41-year high of 11.1% recorded in October.

Economists polled by Reuters had expected a rate of 10.5% for the year up to December 2022.

Prices had been rising steadily since late 2021, when supply chain problems linked to COVID lockdowns and worker shortages meant demand for goods could not be met.

The problem was exacerbated by Russia's invasion of Ukraine, when countries scrambled to find other energy sources and reduce their use of Russian gas, pushing up the cost of energy and all other goods that require energy input, as a result.

The slow decrease in inflation is not good news for borrowers, as the Bank of England will likely continue its programme of interest rate increases to bring inflation to its 2% target.

The Bank's chief economist this month warned that inflation may prove to be more persistent in the UK than other countries.

While it is expected by financial markets that rates will peak at 4.25% in May, Mr Pill's comments may signal willingness at the Bank to raise rates higher or for longer if inflation does not come down.

"High inflation is a nightmare for family budgets, destroys business investment and leads to strike action, so however tough, we need to stick to our plan to bring it down.

"While any fall in inflation is welcome, we have a plan to go further and halve inflation this year, reduce debt, and grow the economy - but it is vital that we take the difficult decisions needed and see the plan through.

"To help families in the meantime, we are providing an average of £3,500 of support for every household over this year and next."

If the government's inflation reduction targets are reached, it will not be because of state policy, the Institute of Chartered Accountants in England and Wales (ICAEW) said.

"The Prime Minister should achieve his pledge to halve inflation this year, but this will owe more to the downward pressure on prices from a flatlining economy and falling energy costs, than from any government action," the ICAEW economics director said.

While inflation is easing the pressures on households are sizeable and will remain that way, the Confederation of British Industry (CBI) noted.

"Despite this, the cost-of-living crisis will continue to be a very real problem for both households and businesses, as price pressures remain high in the short-term," the CBI's lead economist, Alpesh Paleja, said. "Against the backdrop of a recession firms will continue to face higher costs and weak demand conditions."