In Ukraine, trend lines point to escalation, not an endgame

In Ukraine, trend lines point to escalation, not an endgame

Updated: 3 months, 15 days, 21 hours, 48 minutes, 3 seconds ago
Kyiv mayor Vitali Klitschko speaks to press next to a destroyed building after a drone attack in Kyiv on October 17, 2022, amid the Russian invasion of Ukraine. – Ukraine officials said on October 17, 2022 that the capital Kyiv had been struck four times in an early morning Russian attack with Iranian drones that damaged a residential building and targeted the central train station. (Photo by Yasuyoshi CHIBA / AFP) (Photo by YASUYOSHI CHIBA/AFP via Getty Images)

When Russia invaded Ukraine in February, many predicted a short war. Eight months on, each new twist points toward escalation and the notion this conflict still has a long way to go.

“The Ukrainians are determined to take back all of Ukraine. Now, this is the real eye opener for me,” said retired U.S. Army Gen. David Petraeus. He said the ongoing offensive has Ukrainians thinking they might be able to drive out Russian troops altogether.

Until recently, this was seen as overly ambitious, or just plain unrealistic. But Ukrainians, he adds, are in no mood to compromise.

“Even if President (Volodymyr) Zelenskyy reached some conclusion that maybe we should, to stop the punishment, we should negotiate. I don’t think he can do that anymore because of the conviction of the Ukrainian people.”

Petraeus spoke at an annual conference in Sea Island, Ga., run by The Cipher Brief, which brings together members of the national security community — current and former — to stand back and look at the big picture on global security.

A year ago, this conference focused on China. No one was talking about Russia invading Ukraine. But this time the theme was the war in Ukraine — where it’s headed, and how it might end.

A top Ukrainian official, Andriy Yermak, the chief of staff to President Zelenskyy, told the conference the conflict needs to end with a Ukrainian victory on the battlefield.

“It has been repeated many times that Russia must not win the war. It is time to edit the phrase. Ukraine must win the war,” said Yermack. He spoke via teleconference from Ukraine’s capital Kyiv on a day when Russian airstrikes pounded the city.

“Their goal is to entail humanitarian catastrophe in Ukrainian towns and cities,” said Yermak. “They want to make living conditions too harsh to survive this winter. They want to provoke another wave of emigration and depopulate Ukraine.”

There’s periodic talk about the possibility of finding or creating an “off-ramp” for Russian President Vladimir Putin.

But Paul Kolbe, a former CIA officer who runs the Intelligence Project at Harvard’s Kennedy School, says the Russian leader is not looking for a way out of the conflict. In fact, he says, just the opposite.

“Putin’s muscle memory when he runs into an obstacle is to escalate,” said Kolbe. “There’s a lot of tricks he can still pull out to try to undermine morale in Ukraine and in the West.”

Over the past 10 days, Russia has effectively launched a new front with long-range missile and drone strikes directed at civilian targets in the capital Kyiv and other Ukrainian cities. 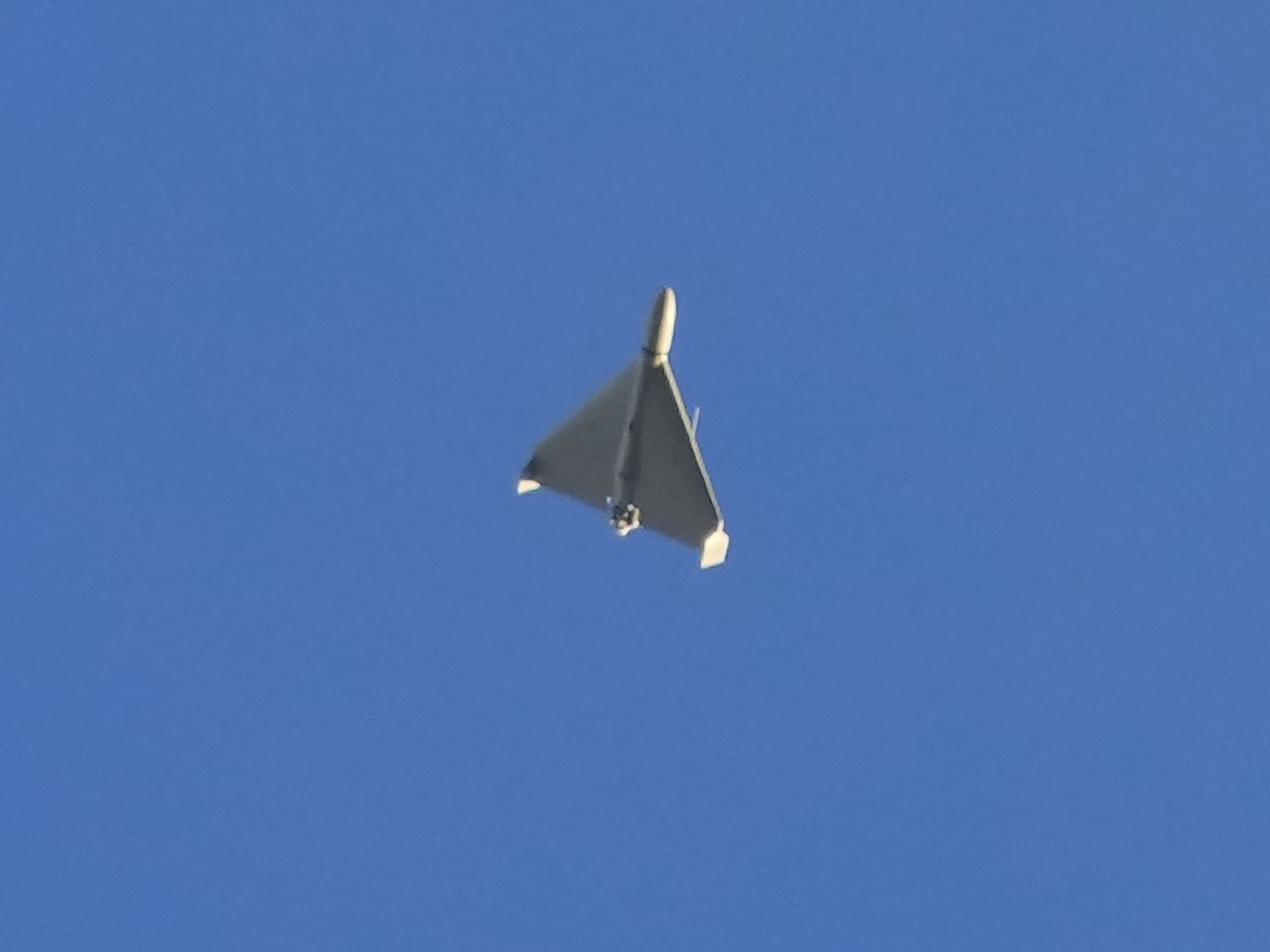 A drone is seen in the sky seconds before it struck buildings in Kyiv, Ukraine, Monday, Oct. 17, 2022. (AP Photo/Efrem Lukatsky)

Putin is also calling up 300,000 more troops, and he annexed a swathe of Ukrainian territory in the south and the east, claiming it’s now part of Russia forever.

This annexation is a huge deal. Putin is effectively betting his presidency on staying in Ukraine, says Dmitri Alperovitch, who runs the think tank Silverado Policy Accelerator.

“That is essentially a metaphorical burning of bridges,” said Alperovitch. “What this means is that this war is likely to continue for many, many months, potentially many years, as long as he’s in power and as long as he has the resources to continue fighting.”

Alperovitch says the likelihood of Putin using nuclear weapon is still low. But it can’t be dismissed. He paints this possible scenario: “If he does use it, I think he’s going to do a demonstration strike in a remote area, perhaps over the Black Sea, in the hopes that the West would somehow pressure Kyiv to come to the negotiations.”

Meanwhile, the fast approaching winter will likely slow the pace of the war, but is not expected to halt the fighting.

David Petraeus thinks the harsh weather favors the Ukrainians on the battlefield.

“The Ukrainians can knock on the door and be taken in and get warmed up and get a bowl of soup from their fellow citizens. And of course, they’re welcomed as liberators, whereas the Russian occupiers, the Ukrainians are trying to kill them,” he said. 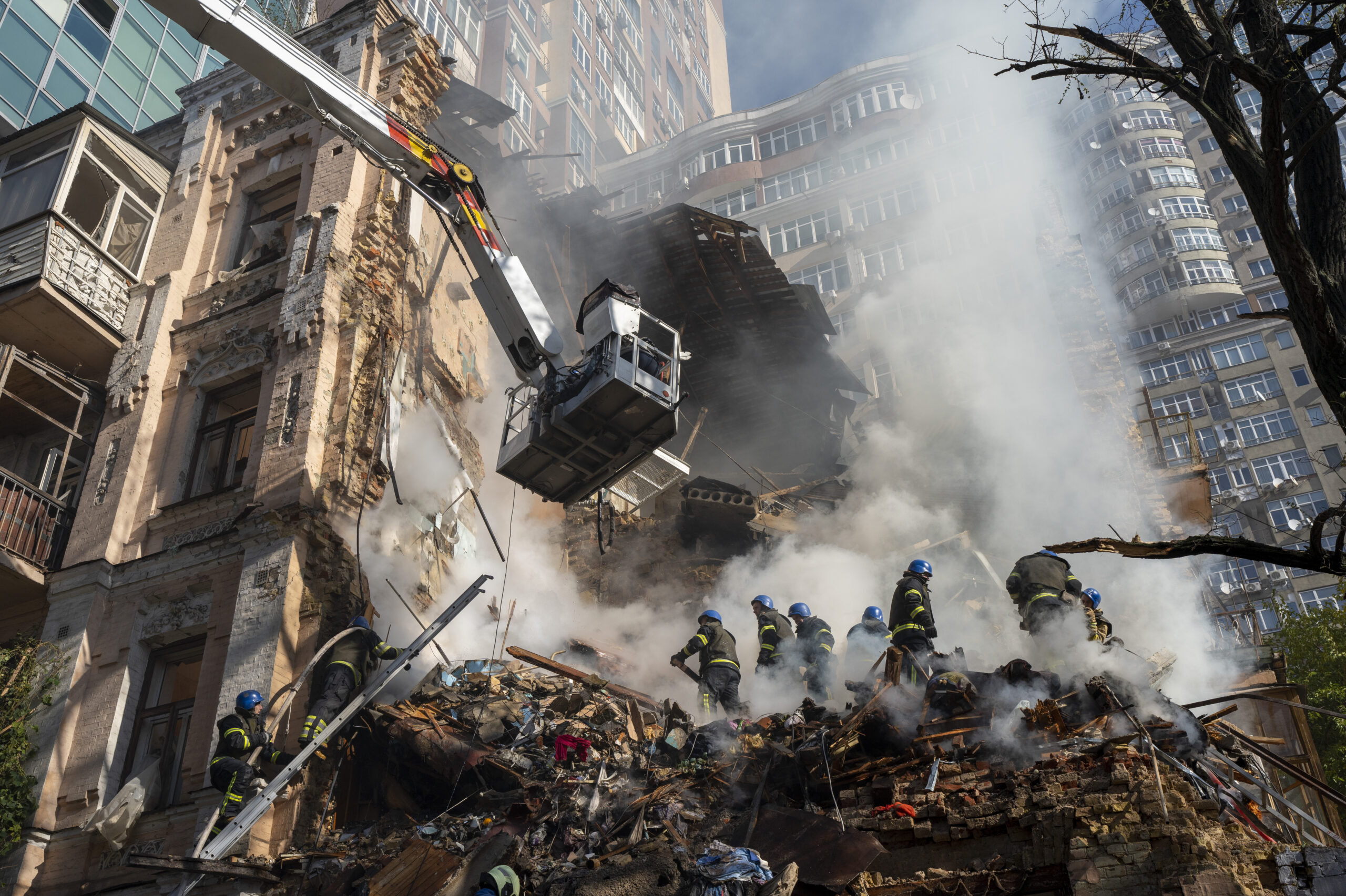 However, Ukraine’s civilians remain extremely vulnerable in the face of Russian air strikes.

Dmitri Alperovitch calls this “the blackmail of energy by cutting off gas supplies, by shutting off electricity, by bombing electric substations all over Ukraine.”

Putin’s strategy will inflict pain, he said. But he added, “when your kids are dying, you’re going to keep fighting even if you don’t have heat, even if your economy of your country is in dire straits. And I think he’s miscalculated on this front.”

At the Georgia conference, in a ballroom filled with experienced national security types, no one suggested the war was near an end.

“Most wars end with some sort of negotiated solution, whether that comes out of stalemate or defeat, but I don’t see any prospects of talks in the near term,” said Paul Kolbe, the former CIA official.

This war began with a Russian invasion in 2014, he noted, and is now as intense as it’s ever been.