Growth and development despite the war: Ukraine’s unique perspective

Growth and development despite the war: Ukraine’s unique perspective

Ukraine’s tech and digital sectors continue to thrive despite Russia’s invasion. What can other countries learn from Ukraine?

Among the many events centred on Ukraine at Web Summit, the annual technology conference held in Lisbon, Portugal, this year, was a panel discussion, organised by Ukrainian IT firm Parimatch Tech and chaired by Emerging Europe’s Andrew Wrobel, looking at growth and development during times of war.

The discussion was related to Ukrainian businesses’ unique take on overcoming issues and staying strong despite war-related challenges. Speakers covered topics such as changes in the IT industry and business development in Ukraine during the war while proposing some new approaches and sharing their vision for the future.

Natalia Hilevych, CEO at Parimatch Ukraine, emphasised unity and trust between businesses and the state, competing companies, brands, athletes, foundations, and people in general; those who could not find common ground for months and years are now united, she said.

“If earlier it took us months, we now have many cases when in the morning we have an idea, in the afternoon a team, in the evening we receive funding, and the following day we begin the release.”

Ukrainian Deputy Minister of Digital Transformation Oleksandr Bornyakov agreed, noting that despite the challenges, the state supports the IT industry, and most Ukrainian start-ups continue to manage to get to the next stages of financing.

The government helps them by communicating with Western partners, attracting capital and allowing them to present themselves at events such as Web Summit to raise funds for future development.

“But,” said Bornyakov, “the Ministry of Digital Transformation could still afford to offer more help to the IT sector.”

But on the other hand, he sees how Ukrainian teams work every day, their passion and desire to achieve results, confirming the quality of products developed by Ukrainian specialists.

“To understand this level of motivation, you need to see our channels in Slack, other work group chats and e-mail threads,” he said. “People are very motivated to work because they don’t know what will happen tomorrow and want to ensure their financial stability. Another not-so-obvious point is stress. And the best medicine against this stress for Ukrainians is their work. It is not in the nature of Ukrainians to wait for something to happen, but rather to make things happen and solve problems themselves.”

As for emergency measures, they are developing on the go. For example, to prevent power and internet problems in Ukrainian offices due to Russian missile attacks on the country’s infrastructure, Parimatch Tech provided backup generators and Star Links.

And this geographical shift makes little difference to them. Of course, not all companies could apply these models, but for some, further development in central and western European countries is not for relocation but expanding business. And this trend doesn’t only relate to digital native business.

Said Voitiuk: “It [the war] created a situation of immediate expansion. We saw a similar situation for Ukrainian start-ups and middle-size enterprises. They just said: ‘OK, if we can’t expand here, in Ukraine, we need to expand elsewhere.’ It is a compelling case of pressure when you’re thinking about expanding, not sometime during 2023, but tonight. And by tomorrow, you need to find a supplier for your services.” 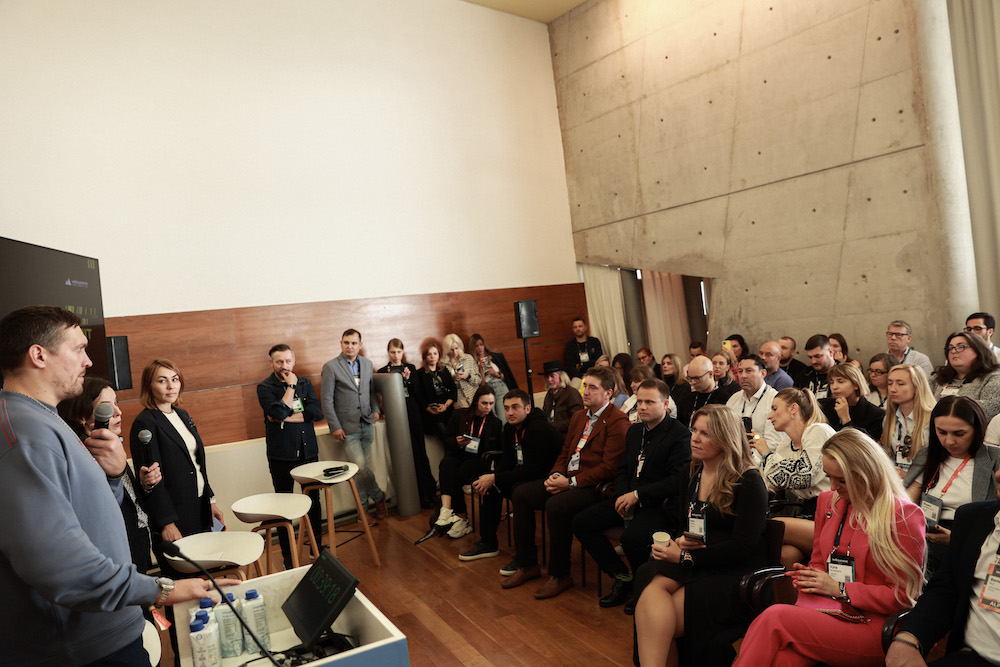 What other countries should learn from Ukraine right now

Bornyakov said that Ukraine had learnt a great about the digital government ecosystem from Estonia and had built similar things. “But at some point, we outgrow them, not only because the Ukrainian market is more extensive than the Estonian,” he said.

“Technology changes very fast, and our mobile-first concept formed the basis of the government’s technology transformation strategy. Focusing on services available on your smartphone is something other countries could learn from Ukraine because there is not such a vast ecosystem in other European countries where you can do almost anything.”

“The aggressive business environment in Ukraine creates a competitive atmosphere where you need to fight for customers,” added Belousov. “That’s why we have better services, for example, in restaurants and better internet providers. The balance between service quality, cost, and the time you spend is definitely something Western countries could learn from Ukraine.”

Voitiuk meanwhile recognised that “no one comes to Ukraine for stability”. But, he added, “Ukraine is a growing market and turbulent business environment; it is a country of opportunities, a land of growth, and, I would even say, a country of adventure. It appears to me that closer economic connections with Ukraine will soon lead to stable European countries adopting the Ukrainian experience of ditching the baggage of a legacy with no value.”

What to expect in Ukraine

Bornyakov said that The answer to the question of what Ukraine will be like in 10-20 years has already been partially answered by the students who came to the Maidan in 2013 and said that Ukraine should be part of the European family.

“I see Ukraine as a part of the European family, especially considering that we have already received candidate status,” he said.

He added that within 10 years, Ukraine would become an expert in building digital government services, and the Ministry of Digital Transformation would start sharing its experience with other countries: for example, with Estonia, Poland, the countries of North America, Africa, and others.

Potential partners keep their eyes on what is happening from that perspective and are interested, he said. The Ministry of Technical Transformation already has experience in refactoring and reengineering public services. More than 20 million people use the Diia public services app.

“Potential partners see this, and they understand that if so many people use it, the developers of these services know what they are doing.”

“Right now, all Ukrainians are doing as much as they can,” he said. “And we are doing as much as possible and a little more. We are not going to stop, and we will rebuild everything that the aggressor destroyed 10 times more beautiful. A Mexican proverb says: ‘They wanted to bury us, but they didn’t know that we were seeds.’ And the aggressors are just fertiliser for our seeds.”

This content has been produced in collaboration with a partner organisation through our members’ club. Our membership programme helps companies boost their digital presence and strengthen the thought leadership of their experts. Find out more here.