Updated: 15 days, 19 hours, 9 minutes, 46 seconds ago
From tanks to subsidies: the main topics at Davos 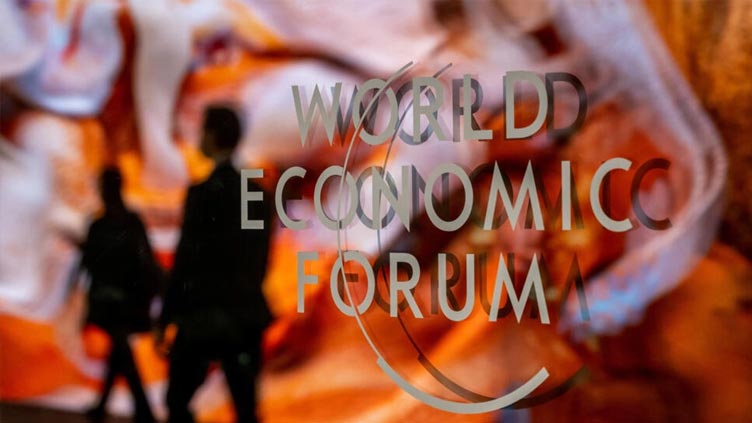 DAVOS (AFP) – The World Economic Forum in Davos wrapped up Friday after a week that featured feverish discussion of the war in Ukraine, rifts over global trade and Greta Thunberg crashing the party of the global elite.

Here’s a summary of the hottest topics and main events:

Ukraine sent a huge national delegation to Davos to lobby hard for new weapons and financial support to help it push Russian forces out of occupied territories, with the German-made Leopard tanks high on the wish-list.

German Chancellor Olaf Scholz, who made an appearance on Wednesday, was pressured from all sides to greenlight the export of the tanks from Poland and Finland -- to no avail.

When asked why he was hesitating by a Ukrainian in the audience for his speech, Scholz never mentioned the word tank, saying instead that "we are never doing something just by ourselves but together with others, especially the United States".

Ukrainian President Volodymyr Zelensky, in the first of two appearances by video-link in Davos, said pointedly that "the time the Free World uses to think is used by the terrorist state to kill".

Russian ministers and oligarchs, once welcomed with open arms, were absent again for the second year running.

International trade and globalisation have been articles of faith for the Davos set since the WEF started 50 years ago, but worries that both are under threat were evident in this year’s official theme: "Cooperation in a fragmented world."

One of the biggest concerns is that a race between the United States, China and the European Union to subsidise so-called "clean-tech" -- from renewable energy technology to electric cars and batteries -- could put the international trading system under further strain.

EU Commission chief Ursula von der Leyen warned on Tuesday that she saw "aggressive attempts to attract our industrial capacities away to China and elsewhere".

She also referred to the US Inflation Reduction Act (IRA), a $369-billion package to reduce greenhouse gas emissions, which is causing alarm in Europe over its potential impact on European companies.

"Do it, too," US climate envoy John Kerry replied.

"We have to be careful not to escalate into a trade war. I don’t think anybody wants that. Nobody wants a war on subsidies," she added.

UN Secretary-General Antonio Guterres delivered one of the most noteworthy speeches this year, launching a frontal attack on oil and gas companies over their role in global warming.

Guterres drew a parallel between the actions of oil companies and those of tobacco companies that covered up the adverse effects of cigarettes.

"Some in Big Oil peddled the big lie. And like the tobacco industry, those responsible must be held to account," he said.

He was referring to a study published in the journal Science that said ExxonMobil had dismissed the findings of its own scientists on the role of fossil fuels in climate change.

"We knew nothing -- we read the papers (but) I do not have climate scientists at TotalEnergies," the boss of the French firm Patrick Pouyanne shot back.

Three years after attending as a teenager and facing off with then US president Donald Trump, Greta Thunberg returned, but this time without a visitor’s badge.

Speaking at an event with other climate activists, she said it was "absurd" to think that people in Davos were part of the solution to global warming and defended her decision to shun political and business leaders.

"Without massive public pressure from the outside, these people are going to go as far as they possibly can... They will continue to throw people under the bus for their own gain," the 20-year-old said.

She held a small protest in the snow and cold on Friday, this time without getting detained by police -- unlike in Germany earlier in the week where she was protesting against an expanding coal mine.

There were a dozen public sessions devoted to artificial intelligence and nothing was talked about more than ChatGPT, the chatbot capable of producing strikingly quick and cogent texts on almost any topic.

Made by the hottest startup in Silicon Valley, OpenAI, the chatbot is seen as proof of the power of artificial intelligence, but also a source of worry that a whole host of jobs will disappear.

"The applications are going to initially put some people out of jobs," Uber CEO Dara Khosrowshahi said, while expressing confidence that affected people would find new positions. "That adjustment period can be difficult, can be scary, etc. But I think the end state is going to be good."

The computer giant announced on Wednesday it was laying off 10,000 employees in the coming months.