Following retreat: 'We could die tomorrow': Fears of Russian retaliation in Kherson

Following retreat: 'We could die tomorrow': Fears of Russian retaliation in Kherson

The Ukrainian welder pondered the afterlife while whispering wedding vows to the nurse with whom he had three children in just-liberated Kherson.

Andriy Krivov was bracing for Russia's retaliation following its retreat from the city on which it underpinned its campaign along Ukraine's entire southern front.

The booms of Ukrainian artillery echoed inside the empty cathedral as the humbly-dressed couple bowed before the Orthodox priest.

The retreating Russians fired back salvos from the east bank of the Dnipro River running down the slope from the singing church choir.

The rockets raised dust over the ruined roads and mined fields encircling the city Russia held from the war's start until last week.

Krivov was fairly certain they would soon start hitting Kherson itself.

"We could die tomorrow," the 49-year-old said after finally marrying the woman with whom he had spent most of his life.

"Kherson is now part of the front. And when they start bombing, we want to stand before God as man and wife."

Russia's retreat from the city it hoped to make its central base in Ukraine's occupied south has reshaped the nearly ninth-month war. 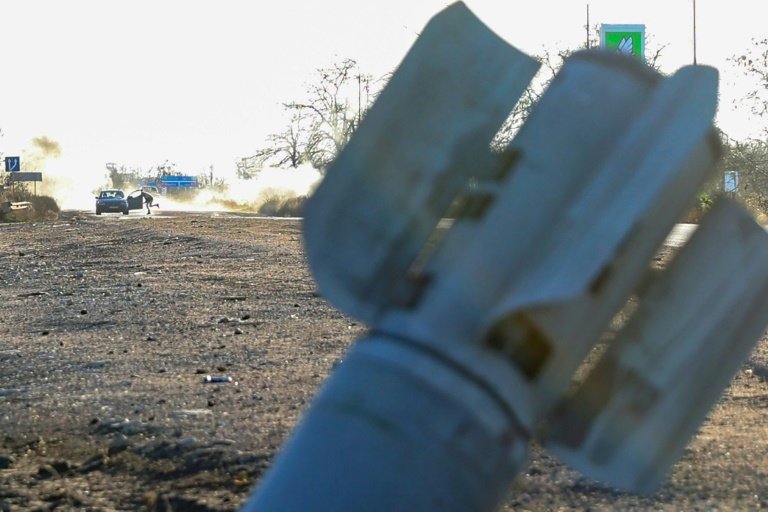 Kherson's importance to the Kremlin -- both because of its link to Russian-annexed Crimea and Ukraine's Odessa port to the west -- spared it from destruction.

Kherson now stands in the crossfire of a Ukrainian push into the eastern parts of its eponymous region -- and possibly even Crimea itself.

The danger will linger because most think Ukraine wants to strike before the Russians have a chance to regroup.

"Russia gains more from a pause, which is why Ukraine has an incentive to keep pushing," said Rob Lee of the US-based Foreign Police Research Institute.

Western officials say Russia still managed to pull out most of its forces and set up defensive lines on the Dnipro's east bank.

Fears of Russia's retaliation on a city it no longer has strategic incentive to save played on the welder's mind on his way to church.

"The chances are very high that they will start bombing us now," he said while holding nurse Natalia's hand.

Lydia Belova was ready to suffer.

The 81-year-old former poultry farmer patiently waited her turn to fill up plastic jugs from a hose running from to a local spring. 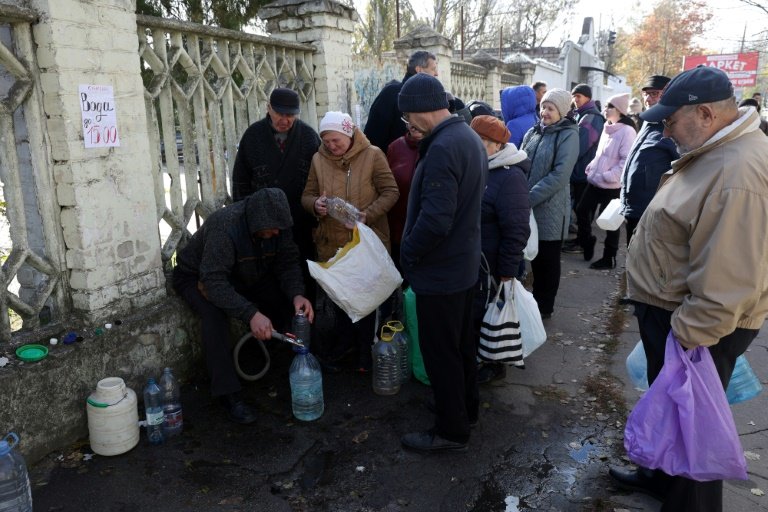 Russia destroyed most of Kherson's infrastructure during its hasty retreat / © AFP

The Russians cut off Kherson's power and destroyed most of its infrastructure on their way out.

Belova spent eight-and-a-half months watching Russian soldiers ransack stores and hunt down those who stood up to their rule.

She figured that hardship was worth the price for pushing the Russians a little further back.

"Water is not a big deal. We can stand in line. But Ukraine -- we must defend it."

This determination highlights the main distinction of Ukraine's southern front from the battles being waged across its east.

Neither Kherson nor its neighbouring Zaporizhzhia region were under Russian control prior to the war.

But Russia imposed indirect rule over parts of eastern Lugansk and Donetsk during an insurgency its proxies launched in 2014.

Those opposed to Putin there -- many of them younger Ukrainian speakers from birth -- had eight years to relocate further west.

The largely Ukrainian-speaking south is confronting Putin's forces for the first time.

The exhausted doctor lost half her workers prior to the Kremlin's annexation of all four battle-torn region in late September.

A portion of those who stayed once the borders were effectively sealed appeared to accept Russian rule.

"I never suspected in my 42 years here that I was working with people whose views differed from those we all thought we shared," she said.

"The (pro-Russians) came in, did their job and took their views home with them," she said during one of her rare breaks.

"We tried to be tolerant."

The church pastor was less forgiving.

His name is now broadly associated with fake villages built to please the tsarina during a tour of her new holdings along the Dnipro.

But Kherson honoured Potemkin as a founding father and the pastor was proud to oversee his remains in the crypt.

Now they are gone.

"The Russians came with their guns and took him about two weeks ago," the pastor said after the wedding. 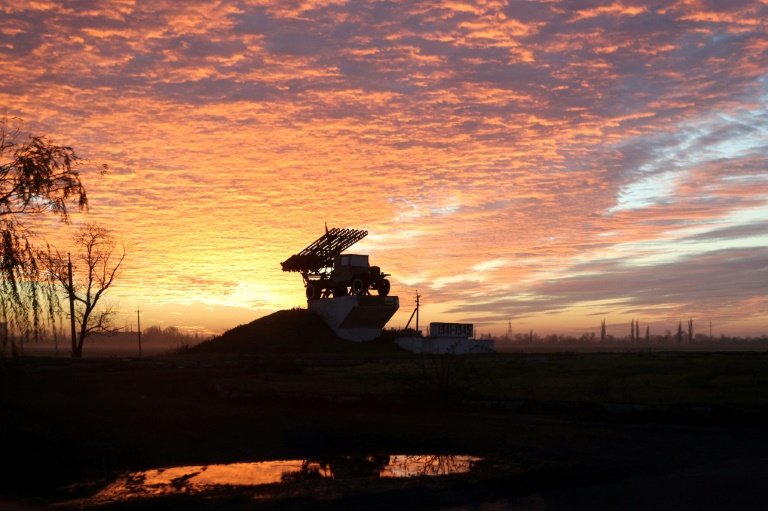 "We've had two world wars, the Nazis and the godless communists, and no one touched him," he fumed.

The Russians also evacuated the commander's monument and other artefacts across Kherson.

"I guess they wanted to take home their heritage," said the pastor.

"But it only shows how they are nothing but an army of thieves."