No Ukrainian citizens can be left living under the Russian President’s fascist rule, writes Paul Niland 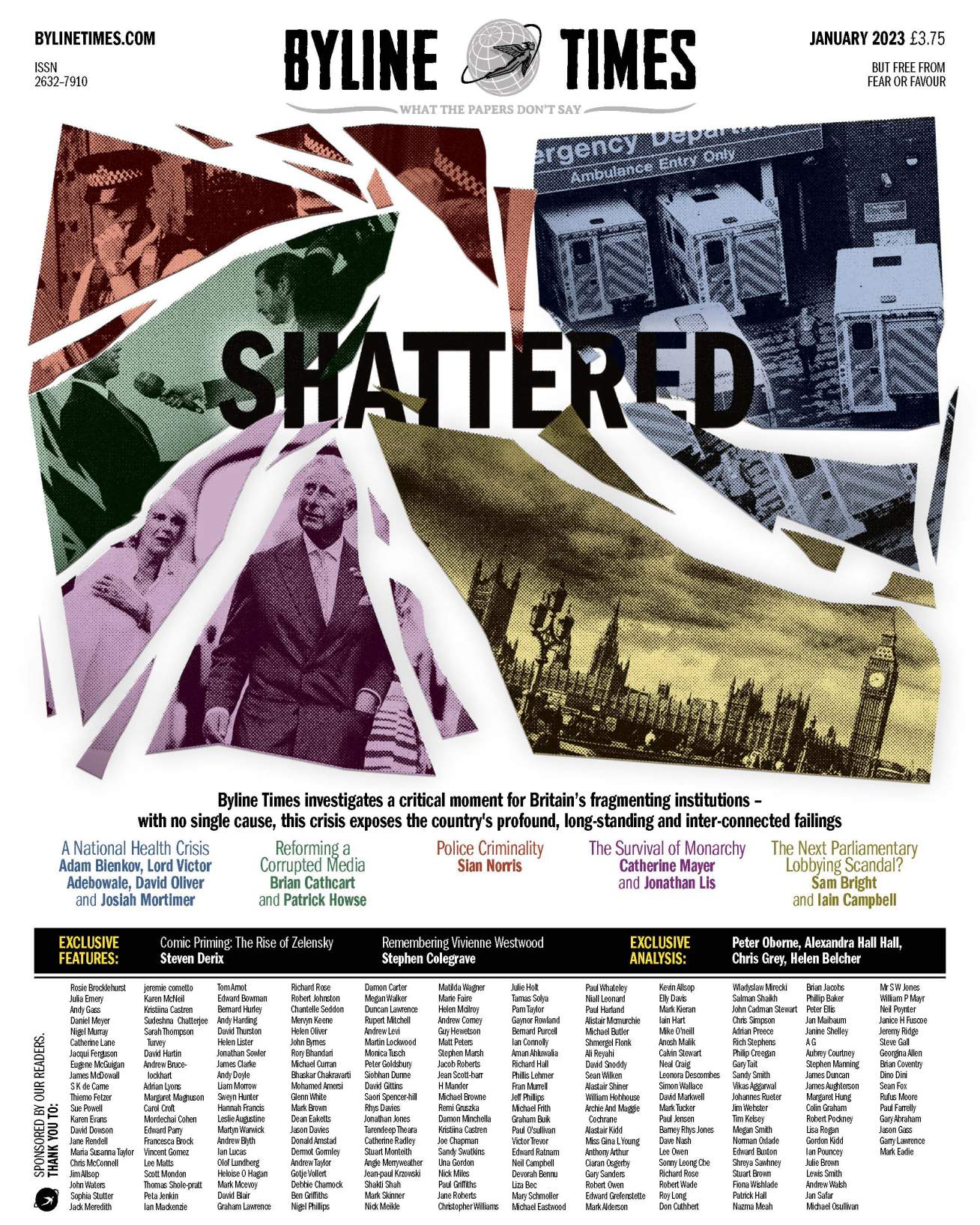 On Saturday 14 January, just before lunchtime, a massive Russian missile carrying a one-ton explosive warhead slammed into a residential apartment building in the city of Dnipro in central Ukraine. Forty-five people were killed in this latest barbaric act committed against Ukrainian citizens. The remains of 13 victims, those who were closest to the point of impact, were never found – their bodies vaporised.

In the wake of the attack, a makeshift memorial to the victims sprang up in Moscow. Under a statue of a Ukrainian poet in the Russian capital, people laid flowers – and were promptly arrested. Russia under Vladimir Putin has become a fascist police state, and that is to be the fate of any and all territory that he controls or perceives to belong to his kingdom.

But there are many calls – some of them genuinely meant as a search for peace and others from characters who are known to shill for Putin in particular and dictators in general – for the war in Ukraine to be ended through ‘negotiations’ between the warring parties.

These calls are either misguided or deliberately designed to leave Russia in an advantageous position. The arguments must be exposed as hollow and such discourse must be taken off the table.

Calls for a negotiated peace is, essentially, rooted in the idea that in some way Russia has a legitimate claim to parts of what became the modern state of independent Ukraine after the break up of the Soviet Union. Perhaps this perception exists because people in certain parts of the country identify as ethnically Russian or because they are Russian language speakers. Russian propaganda has managed to convince some that either of these two factors add up to a person being ‘Russian’. Therefore, perhaps Russia has a rightful claim to the land or the lives made there. This is false.

The reality is that Russia has no legitimate claim to any part of Ukraine. Not based on language preference or ethnicity. Although many in Donbas, for historical reasons, may have declared themselves to be ethnically Russian, in the 1991 Ukrainian independence referendum, 83% of the residents of that region voted to live in a free and independent Ukraine.

Under Putin, the lives of these people would be marred by destruction and abduction.

From the stage of the World Economic Forum in Davos this year, a 12-year-old boy named Sasha addressed the audience. How he came to be addressing the gathered world leaders is unclear or, rather, how he came to have escaped what would have been his fate is unclear. But Sasha, from Mariupol, described how he was separated from his mother in one of Russia’s so-called ‘filtration’ camps and told that he was being taken to Russia to be adopted, even though he has living parents. Other children in that same situation have been told that they have been abandoned by their parents.

The precise number of children who have been deported from Ukraine to Russia is not known, but estimates range from tens of thousands to hundreds of thousands. Their fate in Russia is to be ‘re-educated’, to kill their sense of Ukrainian identity and to artificially replace it through brainwashing and propaganda with a sense of Russian identity. I do not believe is not an exaggeration to say that those calling for the partition of Ukraine along the lines of current territorial control are complicit in genocide.

Don’t Miss a Story SIGN UP TO EMAIL UPDATES

We have seen, in Mariupol and in any other city town or village that has been seized by Russia in this phase of the war, what the cost of Russia’s ‘liberation’ has been. The total destruction of Ukrainian people’s homes, schools, hospitals and everything else that once allowed them to live adequate, if not materially wealthy, lives.

The Russian way of war is to use heavy artillery to destroy population centres that it then intends to capture – the cost in terms of civilian casualties is either irrelevant or to be celebrated. Some families, though, refuse to leave. I have heard of many stories explaining why, they are all personal. An older woman who has to tend her animals because that is the only life she knows. A defiant middle-aged lady saying she was born in this city and would rather die there than leave.

And what is left of these areas? Imagine a town lying in ruins, buildings destroyed by weeks or months of artillery battery. Where there is no power, no gas, no water. Where the windows are all blown-out in the remaining structures because of shocks from explosions close by. And imagine living here under the occupation of a fascist police state, intent on committing genocide of a group of people because of their national identity.

Putin would like to present the acquisition of new lands in Ukraine by Russia as a victory. Any ‘negotiation’ may end the shooting, but Russia would be expanded, having gained new territory and now owning the rich resources of another independent nation.

Calling for peace is simplistic, easy, even logical. The reality of what this means is anything but.

Paul Niland is an Irish journalist based in Ukraine. He is the founder of the country’s national suicide prevention hotline, Lifeline Ukraine