Despite the uncertainties of the global economy, from the looming threat of recession to the raging war in Ukraine, exhibitors and attendees at the 2023 edition of the VicenzaOro January fair, which concluded on Jan. 24 in Italy, radiated a palpable sense of optimism about the strength of the Italian jewelry industry and its prospects for the year ahead.

Marco Carniello, global exhibition director of the jewellery and fashion division of the Italian Exhibition Group, which organizes VicenzaOro, said the January event was the largest in the fair’s nearly 70-year history, with more than 1,300 exhibiting brands from 36 countries. Attendance was up 11.5% compared with 2020, and foreign visitors accounted for nearly 60% of the total, according to a postshow press release.

“It’s kind of unbelievable,” Carniello told JCK. “I couldn’t expect such a result, especially after two to three years of COVID, of discontinuities, dramatic times for our industry, and now, 2023, the first edition of the new normality, and boom—it’s the biggest show ever.” 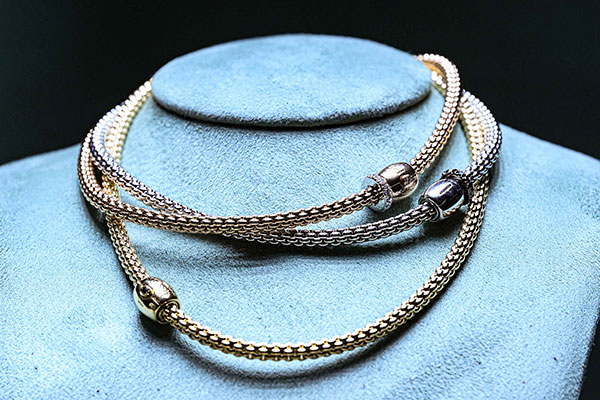 The record-setting fair played out against the backdrop of spectacular growth in the Italian gold and silver jewelry sector, whose exports were up nearly 30% for the first seven months of 2022, according to the trade organization Federorafi. Much of the increase was driven by the booming U.S. market, where the “Made in Italy” brand continues to build momentum, said exhibitors.

Carniello explained the industry’s current success as a reflection of how Italian companies responded to the pandemic. “Many people’s reactions were probably passive, but we were very active as an industry, so we accelerated during COVID,” he said. 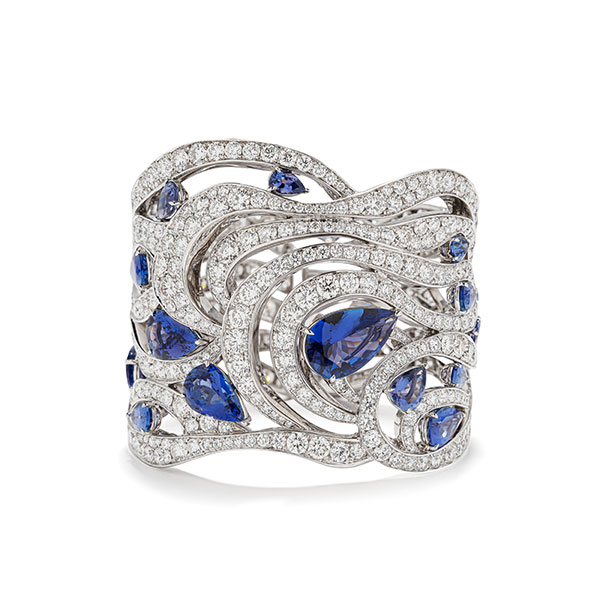 American retailers from high-profile companies, including London Jewelers, based in Manhasset, N.Y., and Ben Bridge, based in Seattle, made the rounds of the show, where they glimpsed the latest Italian jewelry trends, including dramatic, gem-set statement bracelets; gold chains with new, nautical-inspired links; and bolder, more voluminous styles. 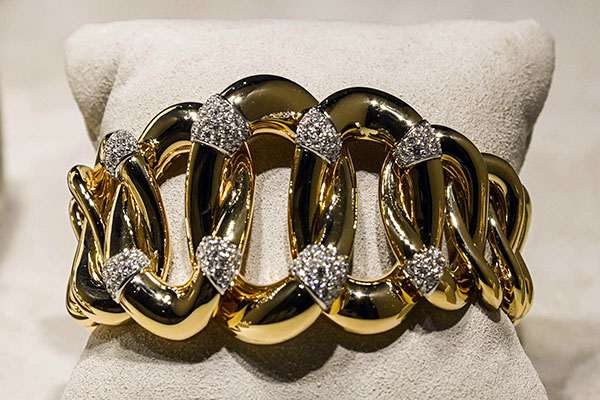 Angela Hope, vice president of merchandise at Ben Bridge, said she and senior buyer Laura Barringer were on the hunt for bigger and heavier pieces of gold jewelry to add to the retailer’s private label Toscano line.

“We’ve seen so many men respond to our Toscano line, so we are making sure we have stronger, larger representation for that,” Hope said. “We’ve been really drawn to organic shapes this trip incorporated into chains or earrings. And we’re adding a little bit of gems, such as turquoise and coral, to the line for the first time.”

Barringer said she’s been coming to Vicenza for nearly 35 years and was impressed by how optimistic her Italian suppliers are feeling about the future.

“There doesn’t seem to be any fear here at all,” she said. “Everybody’s really enthusiastic.”

Top: The entrance to VicenzaOro 2023, which ran Jan. 20-24 at the Vicenza Expo Center in Vicenza, Italy (photo courtesy of VicenzaOro).