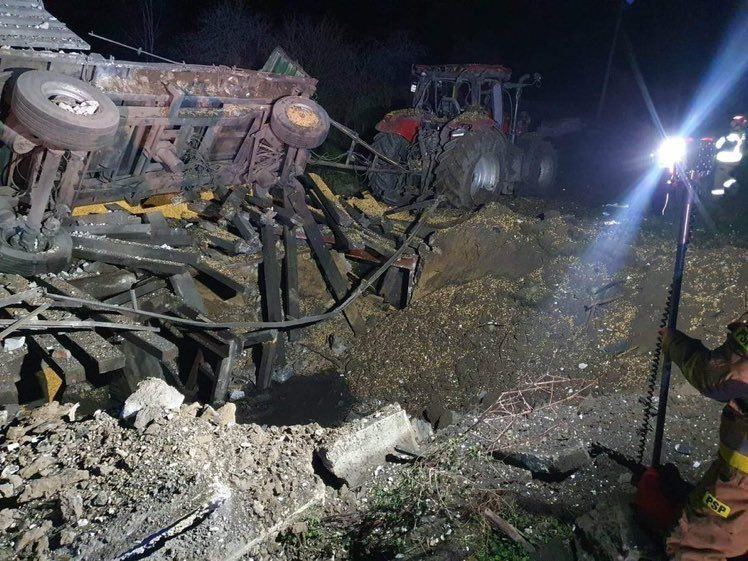 President Biden said late on Tuesday that it is unlikely that the missile that hit NATO member Poland and killed two people was fired from Russia.

The US President also said the allies would support Poland’s investigation, which would “collectively determine our next step as we investigate and proceed,” adding there was “total unanimity” among the leaders of the G7 and NATO allies on the sidelines of the G20 summit in Bali, Indonesia.

France has also called for the “utmost caution” in assessing the origin of the blast in eastern Poland, AFP reports. Many countries in the region possess the type of weapon used so identifying it does not necessarily confirm who fired it, the French presidency said in a statement.

The circumstances surrounding the incident, which marks the first time a NATO country has been directly struck during the almost nine-month conflict, remain unclear — including who fired the missile and where it was fired from.

Both Russian and Ukrainian forces have used Russian-made munitions during the conflict, with Ukraine deploying Russian-made missiles as part of their air defense system.

📹 A video from the Polish village Przewodow reportedly struck by Russia

Poland’s Foreign Ministry said late Tuesday that a “Russian-made missile” landed on the Polish village of Przewodów, near the border with Ukraine, killing two people. The ministry did not specify the type of missile or where it was fired from, but the country’s President said it was “most likely produced in Russia.”

In a statement late Tuesday, Russia’s Defense Ministry said reports of the explosion were “a deliberate provocation in order to escalate the situation.”

“There were no strikes made on targets near the Ukrainian-Polish state border,” it said, adding photos of wreckage published by Polish media “from the scene in the village of Przewodow have nothing to do with Russian weapons.”

President of Ukraine Volodymyr Zelensky said Tuesday’s missile attacks by Russia on Ukraine were Moscow’s message that it has no interest in ending the war.

In his nightly address, Zelensky said a total of 90 missiles were launched, damaging energy infrastructure, as well as businesses and residential buildings.

“And when did it happen? As soon as the first day of the G20 summit ended in Indonesia,” he said, later referring to the event as “G19”, a pointed snub of Moscow.

Zelensky said the attacks had led to blackouts across the country, including in Kyiv, Lviv, Kharkiv and Zhytomyr regions.