When asked by reporters for his reaction early Thursday to Zelensky’s denial that the missile was of Ukrainian origin, the 79-year-old Biden responded: “That’s not the evidence.”

Polish President Andrzej Duda said hours earlier that the Tuesday blast was most likely the result of an off-course missile fired by Ukrainian troops while defending themselves from Russia’s ongoing invasion.

“Ukraine’s defense was launching their missiles in various directions, and it is highly probable that one of these missiles, unfortunately, fell on Polish territory,” Duda said. “There is nothing, absolutely nothing, to suggest that it was an intentional attack on Poland.”

Ukrainian President Zelensky has previously denied that the missile was of Ukrainian origin.

But Zelensky was not ready to accept the assessment, saying on Ukrainian TV Wednesday that his top military commanders told him the missile was not fired by his forces.

“I have no doubt in [Tuesday’s] report to me personally — from the Commander of the Air Force to Commander-in-Chief [Valeriy] Zaluzhny — that it was not our missile and not our missile strike,” Zelenskyy said. 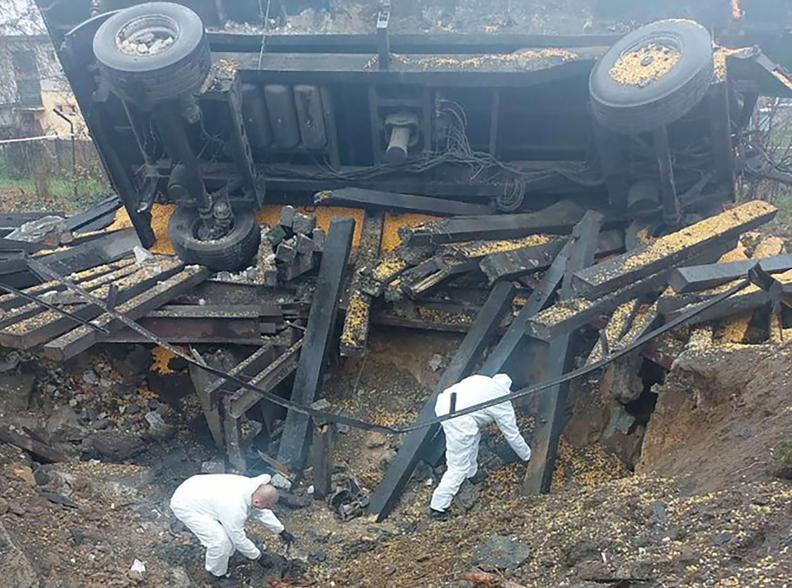 Crew members were seen investigating the site of the missile strike. 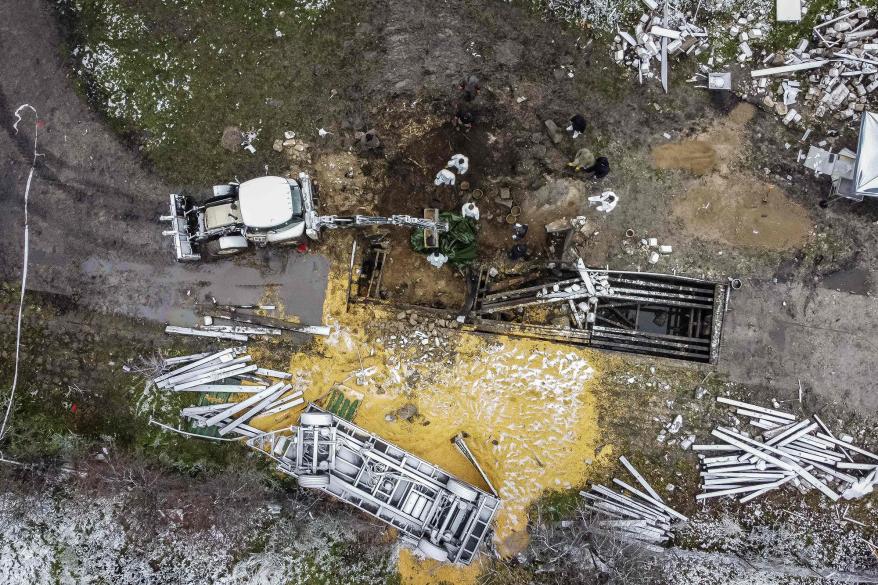 An aerial view showed the site where the missile hit Przewodow, a village in eastern Poland.

Stoltenberg was quick to emphasize that the blast was “not Ukraine’s fault” and insisted that “Russia bears ultimate responsibility as it continues its illegal war against Ukraine.”

But Zelensky continued to reject the finding and asked for further investigation, which Stoltenberg said is ongoing.

The Ukrainian president’s stubbornness despite NATO’s unwillingness to pin blame on Kyiv has created the most significant rift between Ukraine and the Atlantic alliance since the Russian invasion on Feb. 24.

Biden, 79, initially told reporters on the sideline of the G20 summit in Bali, Indonesia earlier this week that a preliminary analysis “contested” initial claims by Ukraine that Russians fired the missile – an event that could have opened the door for member state Poland to invoke Article 5 of the North Atlantic Charter and require all other NATO members to come to Warsaw’s defense.

Defense Secretary Lloyd Austin also said Wednesday he’d seen “nothing that contradicts” Duda’s assessment, adding that “whatever the final conclusions may be, the world knows that Russia bears ultimate responsibility for this incident.”

NATO Secretary-General Jens Stoltenberg spoke about the missile strike during a recent news conference at a NATO-OTAN meeting.

“This tragic and troubling incident is yet another reminder of the recklessness of Russia’s war of choice,” he said. “Ukraine has a bedrock right to defend itself. And we will continue to stand in solidarity with the people of Ukraine as they defend our country.”