Biden: Missile that killed two in Poland unlikely to have been fired from Russia

Biden: Missile that killed two in Poland unlikely to have been fired from Russia

Poland said that a Russian-made missile has killed two people near its border with Ukraine, but US President Joe Biden said it was “unlikely” to have been fired from Russia.

Key questions remain around the strike which came amid a barrage of Russian air strikes across Ukraine, and Mr Biden called an emergency meeting of G7 and Nato leaders over fears that a deliberate attack on Nato member Poland could trigger a collective military response by the alliance.

Ukrainian President Volodymr Zelensky condemned the attack as “a very significant escalation”, but Russia denied any involvement in the Poland blast.

The Kremlin denounced Poland’s and other countries’ reaction to the incident as “hysterical” and, in rare praise for a US leader, hailed the “restrained and much more professional” reaction of Mr Biden.

“We have witnessed another hysterical, frenzied, Russophobic reaction that was not based on any real data,” spokesman Dmitry Peskov told reporters.

He added that “immediately, all experts realised that it could not have been a missile linked to the Russian armed forces”.

Three US officials said preliminary assessments suggested the missile was fired by Ukrainian forces at an incoming Russian one amid the targeting of Ukraine’s electrical infrastructure on Tuesday.

That assessment and Mr Biden’s comments at the G20 summit in Indonesia contradict information earlier on Tuesday from a senior US intelligence official who told the Associated Press that Russian missiles had crossed into Poland.

The Polish government said it was investigating and raising its level of military preparedness.

A statement from the Foreign Ministry identified the weapon as made in Russia. President Andrzej Duda was more cautious, saying it was “most probably” Russian-made but its origins were still being verified. 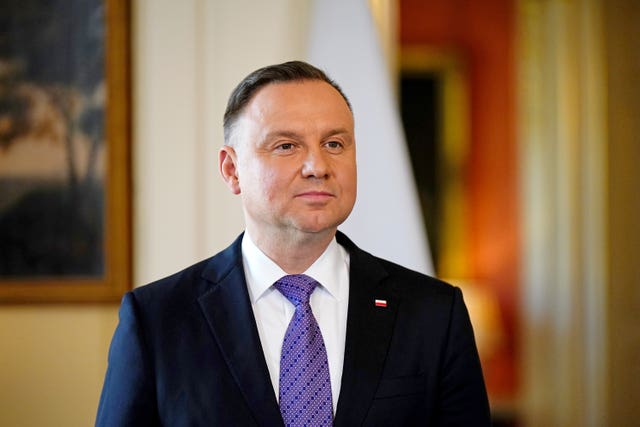 “We are acting with calm,” he said. “This is a difficult situation.”

German Chancellor Olaf Scholz warned against jumping to conclusions “in such a serious matter”, but added: “This wouldn’t have happened without the Russian war against Ukraine, without the missiles that are now being fired at Ukrainian infrastructure intensively and on a large scale.”

Ukraine still has stocks of former Soviet and Russian-made weaponry, including the S-300 air-defence missile system.

“We offer our full support to Poland and assistance with the ongoing investigation. We will remain in close contacts with our partners on the next steps. We will stand with Ukraine as long as it takes,” she said.

While G20 leaders were meeting and calling for the war to end, Russia conducted massive strikes against Ukraine.

With G7 and NATO partners, we condemn these brutal acts.

We also offer full support to Poland and assistance with the investigation on the explosion at the border. pic.twitter.com/gohB25y1et

Mr Biden called Mr Duda to express his condolences. He promised “full US support for and assistance with Poland’s investigation”, and “reaffirmed the United States’ ironclad commitment to Nato”.

Nato secretary-general Jens Stoltenberg arranged the meeting of the alliance’s envoys in Brussels, and the UN Security Council plans to meet later for a previously scheduled briefing on the situation in Ukraine.

Poland and Nato used language that suggested they were not treating the missile blast as an intentional Russian attack, with Nato calling it a “tragic incident”.

If Russia had deliberately targeted Poland, it would risk drawing the 30-nation alliance into the conflict at a time when Moscow is already struggling to fend off Ukrainian forces.

Polish media said the strike hit an area where grain was drying in Przewodow, a village near the border with Ukraine. 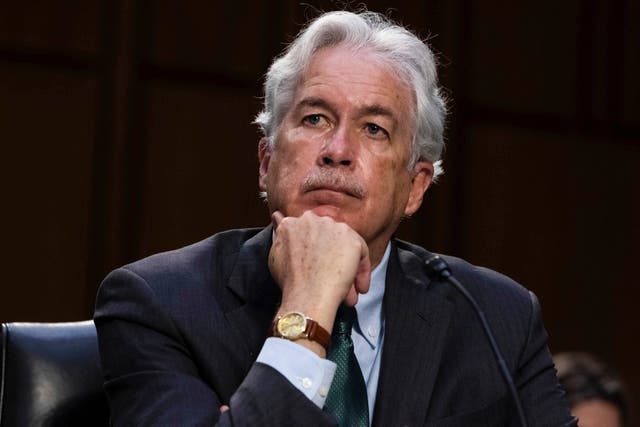 CIA director William Burns was in Kyiv on Tuesday during the barrage of Russian missiles that struck dozens of targets in the country.

He briefed Mr Zelensky and Ukrainian officials on his meeting in Turkey with the head of Russia’s foreign intelligence service, according to another US source.

Mr Burns told Ukrainian officials that he had delivered a US warning to Russia not to use nuclear weapons, the US official said.

The Russian Defence Ministry denied being behind “any strikes on targets near the Ukrainian-Polish border” and said in a statement that photos of purported damage “have nothing to do” with Russian weapons.

The strike came as Russia pounded Ukraine’s energy facilities with its biggest barrage of missiles yet, striking targets across the country and causing widespread blackouts.

The barrage also affected neighbouring Moldova, which reported massive power outages after the strikes knocked out a key power line, an official said.

The missile strikes plunged much of Ukraine into darkness but drew defiance from Mr Zelensky, who shook his fist and declared: “We will survive everything.”

The Ukrainian energy minister said the attack was “the most massive” bombardment of power facilities in the nearly nine-month-old invasion, striking power generation and transmission systems.

The assault killed at least one person in a residential building in Kyiv.