On Wednesday, The Athletic reported that Shakhtar Donetsk are warning potential suitors for Mykhaylo Mudryk that they value him at €100m, adding that Arsenal are one of the clubs monitoring the 21-year-old.

But Mudryk is clearly unhappy with the reports, telling the Ukrainian media it was more than an unwelcome surprise to him to see that kind of fee touted.

“When I found out about my price, I wasn’t just surprised – I was shocked,” Mudryk said (translated by Zorya Londonsk). “I have a long-term contract with Shakhtar, I give all my strength and energy so that Shakhtar Donetsk achieves maximum results.

“I treat the UPL (Ukrainian Premier League) with all respect, but every football player has a dream to play in a top club and in a top league – I’m no exception. But I am 100% sure that they are unlikely to buy a player from the UPL for €100M.

“[Shakhtar’s CEO] says that the time will come (for a €100M sale). Maybe so. But I have my opinion that for such an amount, this time will not come soon, and maybe never.

“I can’t say that my dream was killed, but wounded – that’s for sure. But I’m a professional, I’m a Shakhtar Donetsk player, we have tough games left in the league that we have to win, and I’ll do my best to do that.” 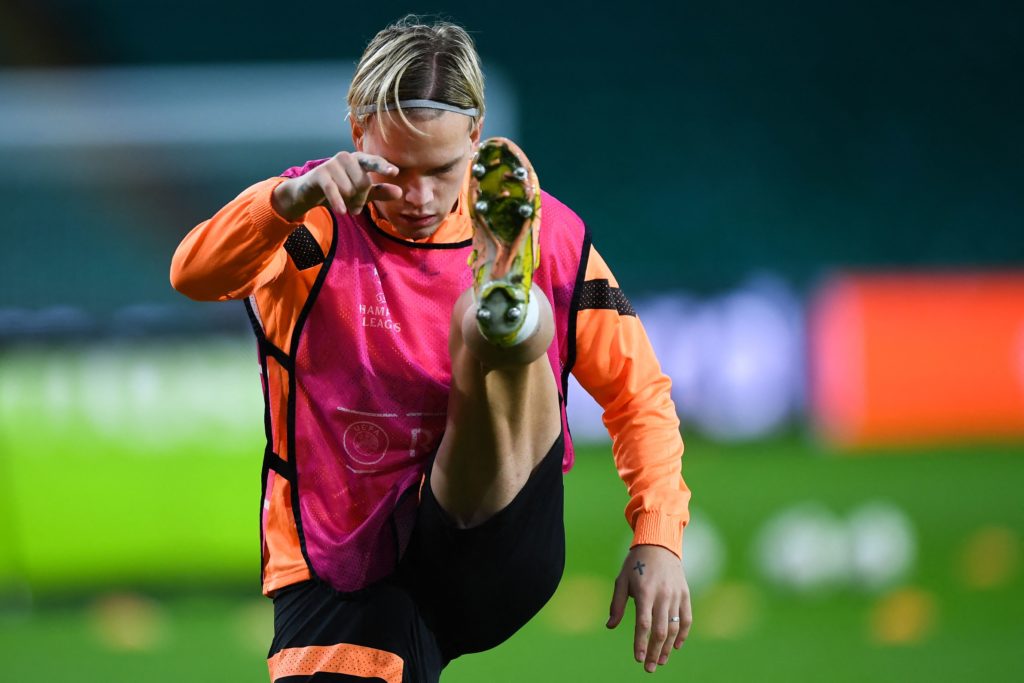 Mudryk’s agent Oleksiy Alyokhin had initially tried to play down the high-valuation claims as nothing but speculation.

“As far as I know, Shakhtar is not officially conducting any negotiations,” Alyokhin said. “And all these sky-high numbers that appear on the Internet are someone’s wild imagination or just speculation.”

Alyokhin also suggested that the January window could be the right time for the winger to leave Shakhtar.

“It can be seen with the naked eye that he outgrew the championship of Ukraine a long time ago and is ready to perform at a more serious level,” Alyokhin continued. “He needs to progress.

“And in my opinion, now is the best time for it. I think everyone will benefit from this. And Shakhtar, the national team of Ukraine, and the player himself.

“But again, Mudryk has a long-term contract with Shakhtar, he is fully focused on the remaining championship games. And whether Mudryk will go or not – I am not ready to answer. Everything will depend on the Shakhtar board.”

Fabrizio Romano recently claimed that Arsenal remain interested in Mudryk, having followed the winger for a long time. The Gunners reportedly haven’t made any decision yet, but Romano reports that they’ll need to move fast if they want to do a deal.

Ben Jacobs wrote in October that Arsenal are indeed one of the clubs interested in Mudryk ahead of the January transfer window, though they didn’t make a bid in the summer.

David Ornstein confirmed for The Athletic in August that Mudryk was among Arsenal’s candidates for a wide-forward signing before they ultimately shifted to the pursuit of a midfielder.

Mudryk has scored eight goals and assisted eight in his 16 appearances this season.