Anne Hailes: Can we work together and unite as a team in 2023?

Anne Hailes: Can we work together and unite as a team in 2023?

NOW that the New Year celebrations are over and done, there's a chance to take stock, to look back and assess - the good times and the bad, new friendships and lives lost.

It's emotional and not always pleasant. I'm fortunate that in my job I have a record of events and I can recall so many of them.

In April I reported on a young Ukrainian woman whose family were trapped in Ukraine. I called her Molly and I was vague about her journey from Dublin to rescue them, for fear she would be tracked.

She found her parents, both in their 70s, in a basement with no heat or light, and bitterly cold and hungry. She had to come home without them because they didn't want leave their dogs.

Molly returned a few weeks ago to take them warm clothes and some treats from Marks & Spencer for Christmas - again, they had no power to heat up their festive food and were still unwilling to leave.

Molly's route back to Ireland to rejoin her family here was via Moldova, with the vagaries of martial law and special rules to be followed. I don't know if she has yet made it home. 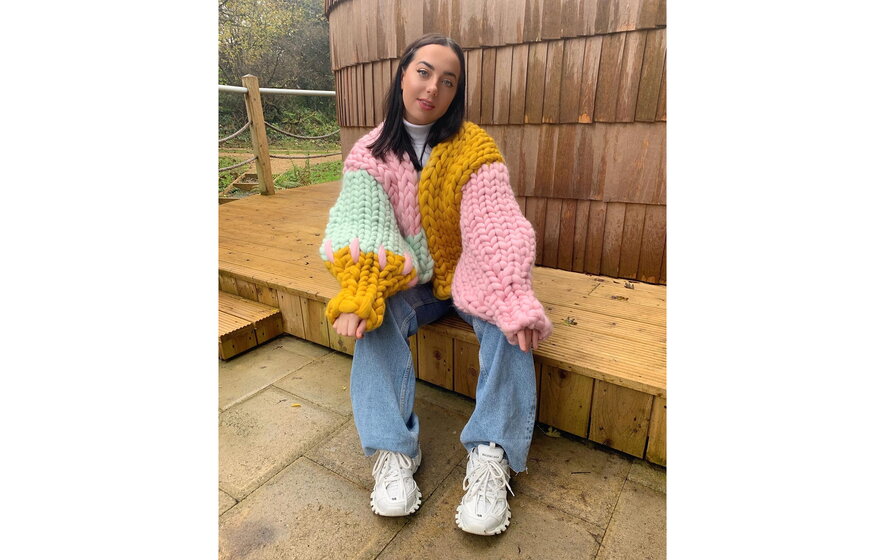 North Coast-based fashion designer Hope Macaulay wearing one of her own knitwear pieces, the Bella Colossal Knit in merino wool

The Hope Macaulay knitwear range gave us a welcome injection of colour as it took off during the year, making its mark on the world of fashion.

In her Coleraine headquarters she has increased her workforce over the last few months and has continued to sell her Colossal Knits to an adoring public, many of them celebrities and fashionistas. The latest devotee to appear in a Macaulay for her publicity pictures is actress Billie Piper.

Hope is a fighter who represents her industry. At the beginning of the year she was very public about her designs being copied by another fashion house and took on the might of Nasty Gal and set an example for others.

"Fast fashion giants think they can blatantly copy from young designers and small businesses," she said.

She updated the situation last week: "Nasty Gal stopped selling the copy of my product but I'm aware they still continue to copy designs from other independents."

Hope continues to expand her business and thanks to a recent article in Harper's Bazaar it looks like she will be featuring a range of children's designs in 2023.

The Creeslough explosion occurred in October at the Applegreen petrol station in the Co Donegal village, killing 10 people and leaving eight hospitalised; the cause is uncertain, but investigators suspect an accidental gas leak.

As I wrote at the time, for me Creeslough was the place where my heart turned over in excitement, where I entered fun and games, laughter and love.

Since the children were small I travelled to Dunfanaghy to stay with a dear friend and her family. Creeslough was where I breathed out tension and inhaled happiness. Joy has been replaced with grief as those involved are still going through dreadful suffering.

The sad death of Eamon Phoenix came in November, the man who said, "We have a common history but not a common memory", an inspirational peacemaker with a granddaughter who said that every walk with her grandfather was an adventure. What a wonderful memory for Noelle to carry throughout her life.

TELEVISION AT ITS MOST POWERFUL

Queen Elizabeth's death was a major event and had most of us glued to the television set as the events unfolded. It was spectacular television, from the announcement she had passed away at Balmoral two days after being photographed with the new prime minister Liz Truss, to the very end when her coffin disappeared down into the crypt of St George's chapel at Windsor.

Having worked in television for so many years the coverage was especially interesting to me, how the whole thing swung into action immediately, the historic events which we're unlikely ever to see again, at times it was like catapulting back to the court of Henry VIII.

There was the charade played out at the gates of Windsor when William and his brother and their wives walked among the common people, pressing the flesh and ignoring each other. And so that pantomime goes on getting more and more toxic. 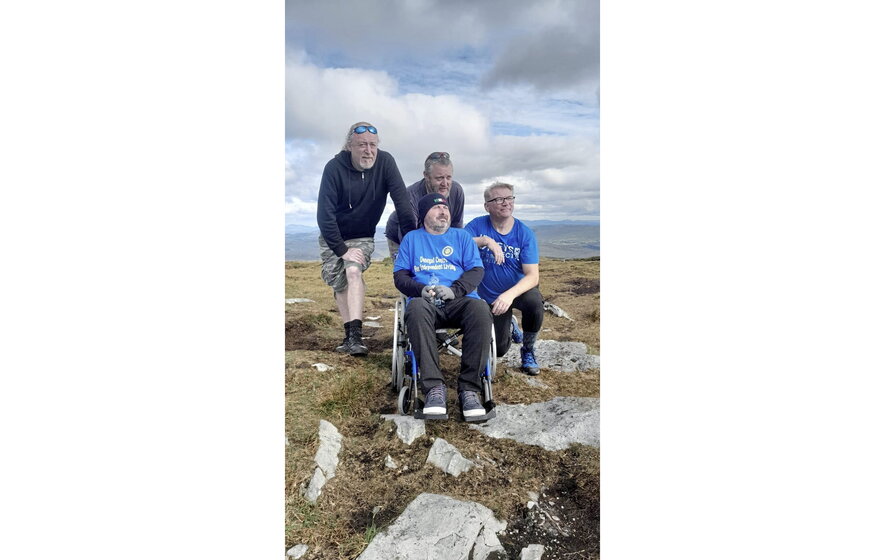 My visit with Paul Dawson in Donegal during the summer was both delightful and inspiring. I asked him what makes him tick and he told me he's bloodyminded. I add determined, and brave and full of good craic.

It's not an easy life for this man who was diagnosed with multiple sclerosis when he was 25 years of age. And he's still succeeding in living a full life even thought he's a motorised wheelchair user. It's his transport, he's the driver but his conductor is his wife Julie - they are two sides of a coin and their love and respect is obvious and humour infectious.

In August he was fundraising for a new style wheelchair for his and community use and accepted a challenge to master the 2,000ft cliffs of Slieve League.

Why? "Because I want to see the view and to prove that being in a wheelchair and having a disability won't stop me," he said. The plan was to use the chair for half the journey and then a team to pull him up to the top.

I checked back with him for the result. "When I reached the summit I just sat quietly for a while in my wheelchair and absorbed the beautiful scenery and more importantly appreciated the number of people that had turned out to help me," he said.

"People from all walks of life had come together - Garda, mountain rescue, friends and complete strangers. It struck me that nothing was impossible for someone confined to a wheelchair as long as people are willing to unite together and work as a team."

Something for us all, including political parties, to strive for in 2023.