You are here: Home › Russia is "Weaponizing" Supply Chains for Leverage in Negotiations

Russia is "Weaponizing" Supply Chains for Leverage in Negotiations

Last Friday marked the 100th day since Russia launched its invasion of Ukraine. Unfortunately, the hefty price of Russia’s war against Ukraine is being borne by the rest of the world. “The conflict is disrupting the distribution of basic food and energy, fueling higher inflation everywhere and threatening low-income countries in particular. The grim outlook from the OECD report coincides with ongoing talks between Russia and Turkey, which are meant to unblock shipments of Ukrainian grain stuck in the Black Sea ports.

Russia is "Weaponizing" Supply Chains for Leverage in Negotiations

On Wednesday, little progress was made in the talks as Russian Foreign Minister Sergei Lavrov insisted that it was Ukraine’s responsibility to de-mine its Black Sea Ports. “Even if the ports wanted to open soon it would take some time until ships could enter or depart. Besides the food crisis arising from Russian blockade in the Black Sea, a looming microchips shortage awaits. Last week, Russia announced it would limit exports of noble gases such as neon, a key ingredient in the manufacturing process for computer chips, until the end of 2022.

“The move will provide an opportunity to re-arrange those supply chains that have now been broken and build new ones,” Russia’s Deputy Trade Minister Vasily Shpak told Reuters. Ukraine, another leading supplier of noble gases, had to suspend production at its plants in Mariupol and Odesa back in March. The new directive from Russia will definitely stretch chip manufacturing, an industry that has been reeling from the pressure of supply chains disruption since the Covid-19 pandemic began. Meanwhile, Russia has said it will be suspending the 1998 Agreement with Japan that allowed Japanese fishermen to fish near the disputed Southern Kuril Islands.

Following a meeting of top Turkish officials with their Russian and Ukrainian counterparts, Turkey closed its airspace to Russian civilian and military aircraft carrying soldiers to Syria. Following the closure of Turkish airspace, Russian aircraft will only be able to pass through Iran and Iraq to reach Syria. BACK GROUND Turkey has acted as a mediator between Russia and Ukraine since February. The airspace move is seen by some experts

Although Russia and Ukraine only accounted for about 4 per cent of global GDP in 2021, the inter-connectedness of the global supply chains has caused this conflict to have rippling effects on industrial supply chains. Supply chain politicsThe conflict in Ukraine highlights the complex, global, and interconnected nature of contemporary supply chains. Like Europe’s dependence on Russian gas or US supply chains that are tightly wound with China, supply chain

We are likely witnessing the beginning of the largest disruption to global supply chains in the post-World War II era. Impacts on Technology ServicesIn addition to disrupting international supply chains for goods, the war in Ukraine is also impacting services supply chains. Impacts on Trade and Investment With ChinaThe Russian invasion of Ukraine could also serve as a milestone in the West’s relations with China, with resulting impacts on global

Ukraine is a major global supplier of wheat and corn, and prices have surged since Russia invaded its Eastern European neighbor last month. Wheat prices have been soaring. Yellen also said the COVID-19 pandemic and the Ukraine crisis have highlighted the need to secure resilient supply chains for companies. “Maybe American businesses have focused on efficiency and organizing supply chains in ways that lower costs but impair resilience. And resilience 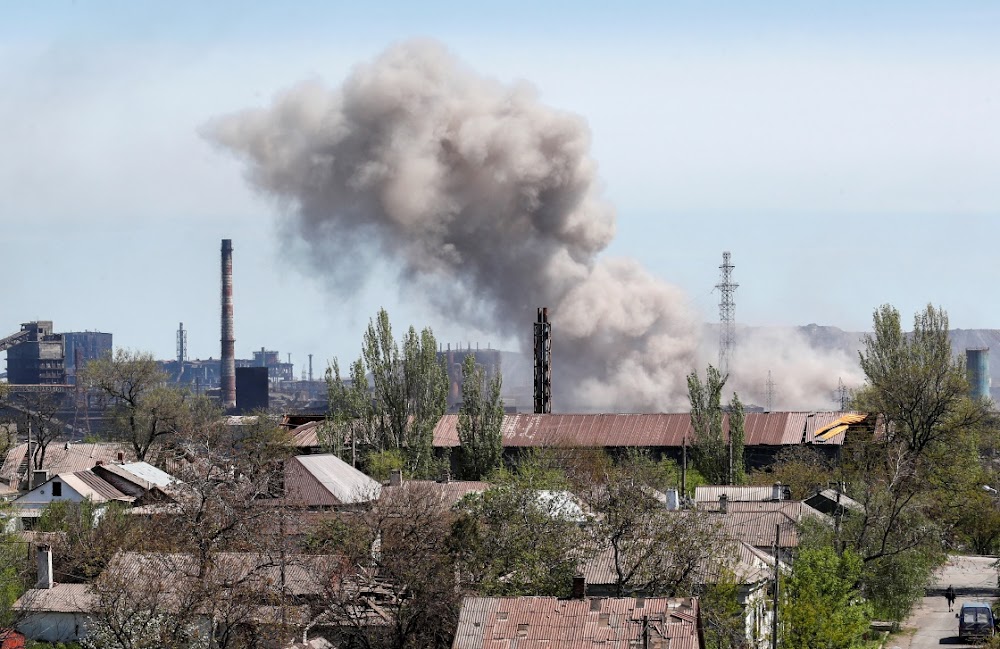 The disruptions to global supply chains caused by Covid-19 are still very much being felt. The war in Ukraine matters for global markets because Russia and Ukraine are among the largest commodity-exporting nations in the world. But when a crisis is as overwhelming as Covid-19 or as destabilising as the Ukraine war, it provokes fresh thinking. Ending trading relationships and supply chains, often built over decades is not easy nor

Russia’s invasion of Ukraine is adding to the woes of global supply chains. The invasion of Ukraine by Russia and sanctions imposed on it for doing so and new pandemic-related shutdowns in China are the latest events to rock global supply chains. China emerged as a major manufacturing hub to serve global markets, including many Asian economies that were opening up. Finally, the Ukraine war’s surprisingly large impact on European

Why would Russia sabotage Nord Stream?

The Nord Stream gas pipelines have become a focal point for tensions between Russia and Europe in recent months, with Russia accused of weaponizing gas supplies to its neighbor in a bid to gain sanctions relief.17 hours ago More info : Why would Russia sabotage Nord Stream?

How do you achieve supply chain excellence?

More info : How do you achieve supply chain excellence?

What is an oil embargo and what caused it?

During the 1973 Arab-Israeli War, Arab members of the Organization of Petroleum Exporting Countries (OPEC) imposed an embargo against the United States in retaliation for the U.S. decision to re-supply the Israeli military and to gain leverage in the post-war peace negotiations. More info : What is an oil embargo and what caused it?

What caused the oil crisis of the 1970s?

During the 1973 Arab-Israeli War, Arab members of the Organization of Petroleum Exporting Countries (OPEC) imposed an embargo against the United States in retaliation for the U.S. decision to re-supply the Israeli military and to gain leverage in the post-war peace negotiations. More info : What caused the oil crisis of the 1970s?

What are the challenges in the public health supply chain?