You are here: Home › War In Ukraine Hits Livelihood Of Lakhs Of Gujarat's Diamond Workers

Some diamond units have cut working hours by 5-10 per cent, said a diamond trader. The Russia-Ukraine war has adversely affected the livelihood of lakhs of workers of the diamond industry in Gujarat, especially in rural parts of Saurashtra region where many units import small-size diamonds from Russia for processing and polishing, according to industry representatives. The state's diamond industry employs nearly 15 lakh workers, the Gems and Jewellery Export Promotion Council's regional chairman, Dinesh Navadiya, told PTI. Due to the shortage of supply of small-size rough diamonds from Russia, businessmen in Gujarat are forced to buy the raw material from African countries and other places, affecting their profits. Hence, the diamond units in the state have curtailed the working hours of their workers and polishers, thus impacting their livelihood, he said. The processing of big-size diamonds is mainly carried out at units in the state's Surat city. The US, where 70 per cent of the cut and polished diamonds are exported from India, has imposed a ban on Russian companies.

Mr Navadiya said a few large companies in the US have already sent them emails, saying they will not purchase goods of Russian-origin. Hence, this has adversely affected the diamond industry workers in Gujarat, mainly in Bhavnagar, Rajkot, Amreli and Junagadh districts of Saurashtra as well as in some northern parts of the state, the industry stakeholders said. "We had been importing nearly 27 per cent of rough diamonds from Russia. Nearly 50 per cent of the entire workforce involved in diamond processing in Gujarat works on small-size diamonds, locally known as "patli", he said. Before the war, about 30 per cent of the total rough diamonds imported to Gujarat for polishing were brought from Alrosa, the Russian diamond mining company, he said. Out of all the cut and polished diamonds processed in Gujarat, 60 per cent are of Russian-origin, most of them being small-size diamonds, said Mr Navadiya. "There is a shortage of rough diamonds due to the Russia-Ukraine war, hence we are procuring the raw material from African countries at a higher price.

Some diamond units have also cut the working hours of polishers employed there by 5-10 per cent, he said. Mr Thummar said the diamond units are trying their best to ensure continuous supply of 'patli' diamonds from other sources, like small miners in African countries and lab-grown small-size diamonds in China, but the price of such stones has also gone up, affecting their profits. "The diamond units are providing jobs to workers, but not on a scale seen before the war. Vitthal Mendapara, who owns a diamond unit in Bhavnagar, said smaller units are the most affected due to the ongoing Russia-Ukraine war. "There is a shortage of rough diamonds, but traders are using stocks lying with them to keep the polishers engaged. (Except for the headline, this story has not been edited by NDTV staff and is published from a syndicated feed.

About 250,000 workers employed at Surat's diamond polishing and cutting units are on the brink of losing their jobs amid the Ukraine war. These sanctions barred India's diamond exporters from importing rough diamonds from Alrosa. This has put a huge question mark on lakhs of workers’ future, as the diamond units in Surat employ around a million people. More than 30% of rough diamonds imported from Alrosa directly come to

The Russia-Ukraine war has had another fallout: India 's diamond polishing hub in Surat , Gujarat has lost work. The wedding season in the United States is about to begin, and India accounts for nearly half of the polished diamonds used there. The government should intervene," Vipul Shah, vice-chairman of India's Gem and Jewelry Export Promotion Council , told TOI.Priyank Dave, a supervisor in a Surat diamond factory, said the 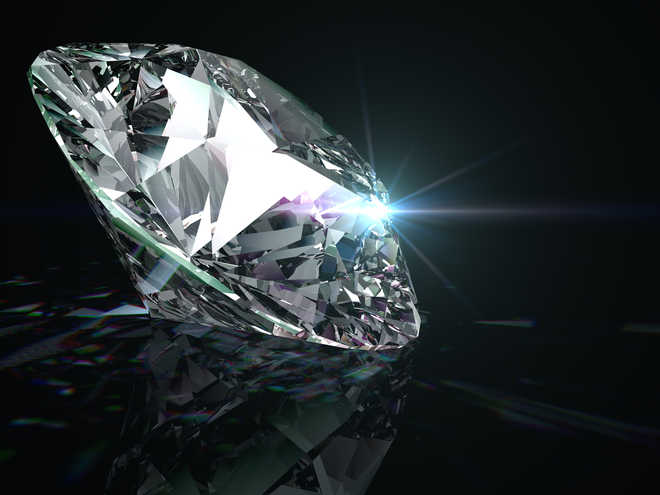 "This problem has started ever since the Russia-Ukraine war began," Ramesh Zilariya, president of the Diamond Workers' Union Gujarat, told AFP. "Fifteen to 20 percent instability is a big thing for us because we work on a margin of two to five percent... It becomes difficult," the jeweller said.The Gujarat diamond union has asked the state government to provide financial aid and re-skilling training to out-of-work polishers to help tide

Major diamond factories in Surat have reduced the working week from 3-4 days. (Representational)India's diamond polishing hub Surat has lost its glamour in the wake of the ongoing Russia-Ukraine War which has affected the supply chain of rough diamonds. Speaking to ANI, Dinesh Navadia, Regional Chairman, Gems and Jewellery Export Promotion Council said, "Surat's diamond industry witnesses an impact amid the Russia-Ukraine conflict. Major diamond factories in Surat have reduced

By ANISURAT: India's diamond polishing hub Surat has lost its glamour in the wake of the ongoing Russia-Ukraine War which has affected the supply chain of rough diamonds. Dinesh Navadia, Regional Chairman, Gems and Jewellery Export Promotion Council said, "Surat's diamond industry witnesses an impact amid the Russia-Ukraine conflict. "Russian rough diamonds are generally smaller, making up 40 per cent of India's diamond trade by volume and about 30 per

The sanctions barred India's diamond exporters from importing rough diamonds from Alrosa. "The units have been reducing working hours from 12 to eight and had given two days off to workers every week. But with the US expanding sanctions, they have now asked the workers to go on leave for 15 days, beginning May 16," Ramesh Zilariya, president, Diamond Workers Union, Gujarat, told ET. "More than 30% of rough diamonds

Surat (Gujarat) [India], May 20 (ANI): India's diamond polishing hub Surat has lost its glamour in the wake of the ongoing Russia-Ukraine War which has affected the supply chain of rough diamonds. Speaking to ANI, Dinesh Navadia, Regional Chairman, Gems and Jewellery Export Promotion Council said, "Surat's diamond industry witnesses an impact amid the Russia-Ukraine conflict. Major diamond factories in Surat have reduced the working week from three to four

What is the salary of deputy executive engineer in Gujarat?

Deputy Executive Engineer salary in Govt Of Gujarat ranges between ₹ 9.2 Lakhs to ₹ 11.8 Lakhs. More info : What is the salary of deputy executive engineer in Gujarat?

What is the salary of Gujarat Police constable?

Who is building Surat Diamond Bourse?

What is diamond Bourse Surat?

Surat Diamond Bourse is a diamond exchange under construction as of 2020 in DREAM City, Surat, Gujarat, India. ... The Project would be India's second diamond trading hub based at Surat, Gujarat, spread across 35.54 acres with availability of 66 lakh Sq. ft. More info : What is diamond Bourse Surat?

Where are the Ukrainian special forces?