You are here: Home › Russia seeks to militarize schoolchildren and censor textbooks amid war

Russia seeks to militarize schoolchildren and censor textbooks amid war

RIGA, Latvia - As President Vladimir Putin’s war against Ukraine drags on, Russia’s teachers are being turned into front-line soldiers in an information war designed to mold children into loyal militarized nationalists. Schools have been ordered to conduct “patriotic” classes parroting the Kremlin line on the war, and teachers who refuse have been fired. Russia’s parliament rejected as unsatisfactory the Education Ministry’s plan on how it would review history textbooks, calling this a matter of “national security” and asking the head of Russia’s foreign spy service to take charge. And the powerful chief of the Russian Security Council, Nikolai Patrushev, a close Putin ally, has demanded sweeping changes to education, as part of a whole-of-government effort to shape loyal citizens from cradle to grave. Anton Litvin, a Moscow father of two, had a nice home and good job, but when the government began using schools for propaganda in the war against Ukraine, he quit and left the country. “I don’t want my kids to join the regime at this young age and to be someone’s soldiers to fight against peaceful people,” said Litvin, who sacrificed his job at a prominent Moscow aeronautics company and is now a stay-at-home dad in the Georgian capital, Tbilisi, looking for a new job. Since 2013, Putin has driven changes to the teaching of history as part of a campaign to build a national identity based on the Soviet Union’s role in defeating the Nazis in World War II. Russia’s efforts to militarize students underscores the Kremlin’s long-term ambitions: not just cementing Russian support for the war but also building a generation of youth loyal to Russia’s increasingly totalitarian regime - unlike many Russian millennials today who oppose the regime and the war. Putin constantly plays on Russian nostalgia for past Soviet power to justify the war. Patrushev, the Security Council chief, last month demanded a major overhaul of Russia’s education system to develop a new “patriotic” generation.

Russia seeks to militarize schoolchildren and censor textbooks amid war

A key proponent of the invasion known for his anti-Western rhetoric, Patrushev said teachers are at the forefront of a “hybrid war being waged against Russia. Then, amid complaints that the Education Ministry had fallen short, Russia’s upper house of parliament asked on Thursday that Sergei Naryshkin, head of the Foreign Intelligence Service and chairman of the Russian Historical Society, take charge of reviewing history textbooks, because “the current situation requires a special attitude” to teaching. “Today, it is one of the components of the country’s national security,” said Ekaterina Altabayeva, deputy chairwoman of the Science, Education and Culture committee. The main impact of changes to textbooks and curriculum is expected after the summer break. “There’s a whole revolution going on now in the Russian education system, because it’s been rapidly changing since February,” Yudin said. While the Education Ministry has ordered teachers to give patriotic lessons that reflect the Kremlin’s line on Ukraine, they have been a hard sell at times. One history teacher in a Moscow high school, for example, failed to persuade several students in his class, including a 17-year-old named Nikita. But many students were wary of openly opposing the war, he added. For some, the mandatory sessions on the war are an onerous but unavoidable duty. “Both teachers and students, I think, understand that it’s not a real lesson.

But officials seem determined to curb teachers’ freedom to decide how they teach history. Some teachers who refused to teach the patriotic lessons were fired. “History is a subject that the authorities are always trying to use for propaganda purposes,” said Dmitry, a teacher from provincial Russia, where most people support the war. Textbook publishers, meanwhile, are carrying out a Soviet-style purge of almost all references to Ukraine. One editor said that “we have a task to make it look as if Ukraine simply does not exist,” the outlet reported. Russian textbooks have just a page about the millions of people shot or jailed illegally in Soviet times, according to Marina Agaltsova, a lawyer with Memorial, a renowned nonprofit dedicated to exposing Soviet-era repression that was shut down by authorities last year. “If you have only one small stain on the big, glorious history of the Soviet Union, of course you would think that the Soviet Union is a great state, and we all have to get back to that state,” she said. Memorial historian Nikita Petrov said Russia’s insistence that students unquestioningly accept the Kremlin’s version of history was “dangerous. In late 1970s, Petrov, then a chemistry student, got his hands on a smuggled copy of British historian Robert Conquest’s “The Great Terror” about the Stalin-era purges. “In the Soviet Union, history did not exist as a science.

Amid the ongoing war with Ukraine, Russia conducted massive military drills on disputed islands near Japan. Russia has pulled out of the talks because of Tokyo’s sanctions on Moscow in the wake of its Ukraine invasion, according to Nikkei Asia. The four islands are known by different names in Russia and Japan — Shikotan, Habomai Islets/Khabomai, Kunashiri/Kunashir and Etorofu/Iturup. The periodic drills conducted by the Russian military on these islands

Meduza, a prominent independent Russian-language news site, knew it was in trouble after Russian President Vladimir Putin invaded Ukraine. The unprecedented pressure forced numerous independent media outlets to shut down, and other resources have been blocked by the government censor. Amid the media crackdown, Putin's popularity has soared, though it's not clear how accurate public opinion polling is in Russia. Svetlana Reiter is one of Meduza's reporters who moved to

Russia is attempting to indoctrinate children in school by explaining that the Russian invasion of Ukraine is a "liberation mission" being done to protect "the people of Donbas from genocide," according to one expert. Teachers are explaining the objective of the special operation in Ukraine, and they call it a liberation mission," Koffler said. One of the narratives being pushed on Russian schoolchildren is that the country isn't at war

Fire has ripped through a warehouse storing Russian schoolbooks, days after reports that publishers would remove mentions of Ukraine from the nation’s textbooks. Firefighters were called to a warehouse owned by the Prosveshchenie publishing house in Bogorodsky, east of Moscow, at 3 a.m. on Tuesday. The blaze was extinguished just over four hours later, a spokesperson for the Russian Emergency Situations Ministry told the state-run TASS news agency. They said 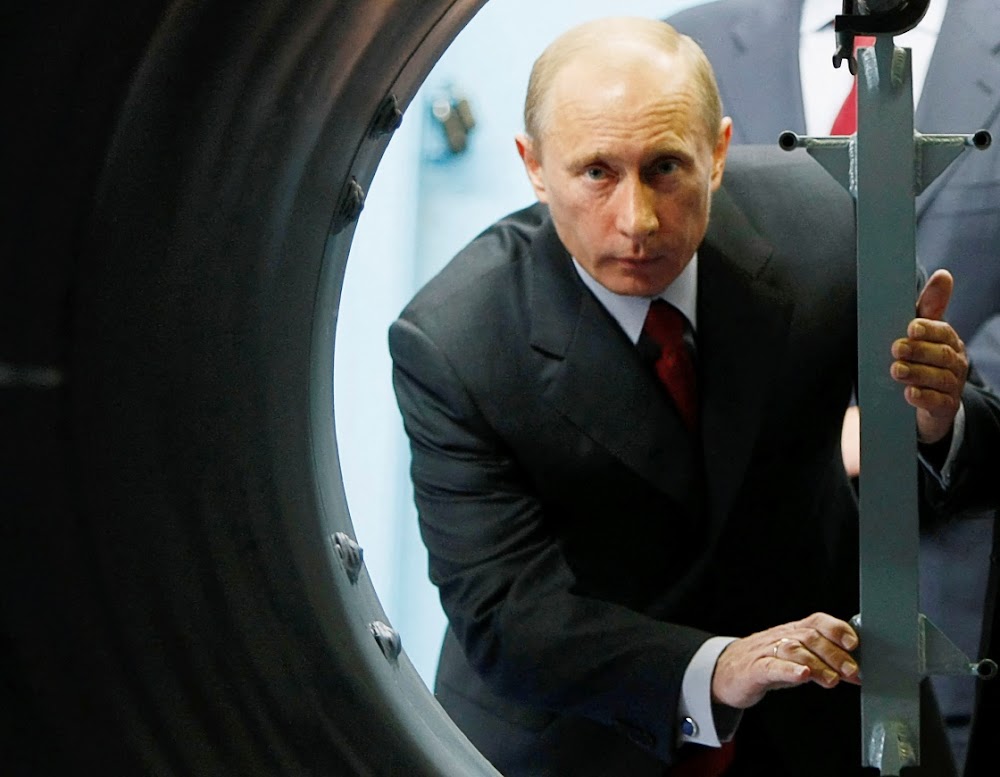 Meduza, a prominent independent Russian-language news site, knew it was in trouble after Russian President Vladimir Putin invaded Ukraine. The unprecedented pressure forced numerous independent media outlets to shut down, and other resources have been blocked by the government censor. Amid the media crackdown, Putin’s popularity has soared, though it is not clear how accurate public opinion polling is in Russia. Media hubWith Russia increasingly off limits, Latvia, a Baltic

The charity War Child aims to educate and empower UK schoolchildren to understand the difficult experiences facing millions of children living in conflict across the world. War Child’s annual Peace Band Challenge encourages people of all ages, including schoolchildren, to take on a physical challenge symbolising the difficult journeys children make to escape conflict. Top tips on talking to children about conflict from War Child’s Child Protection Adviser Katie Seaborne1.

The rules, set out by Russia’s Education Ministry, instruct teachers to hold classes on "anti-Russian sanctions,” as well as Russia’s ability to “overcome the negative consequences” imposed on them by Western countries, the Kommersant business daily reported Tuesday. New rules imposed on Russian schools order teachers to conduct “special” lessons on Western sanctions amid Russia’s war with Ukraine. “Few things annoy me more than ‘patriotic education’ lessons for schoolchildren. In

Russia Seeks Medical Equipment From India Amid Crisis, Begins Delivering S-400 Missile SystemUpdated Apr 20, 2022 | 03:19 PM ISTRussia had requested India for urgent medical supplies of drug ingredients and devices due to disrupted trade during the war. Despite US pressure, Russia begins the delivery of second unit of S-400 missile system to India.#RussiaUkraineWar #VolodymyrZelenskyy #VladimirPutin

Mikhail Baryshnikov, Vladimir PutinDavid Livingston/Getty; SERGEI GUNEYEV/Sputnik/AFP/GettyBallet dancer and choreographer Mikhail Baryshnikov said Russia "will die from its own horror" in an open letter to Russian President Vladimir Putin amid the country's invasion into Ukraine. The legendary performer's powerful message came after Putin banned the website of his charity, True Russia, which has been raising money to benefit Ukrainian refugees. "Your cronies, seized by fear, were ordered to ban our

Can Russians use Google?

In the latest move by Russia to censor Western internet services since it started a war by invading Ukraine, Google has confirmed that Russians are having problems accessing its news aggregator service, Google News, in the country. More info : Can Russians use Google?

In the latest move by Russia to censor Western internet services since it started a war by invading Ukraine, Google has confirmed that Russians are having problems accessing its news aggregator service, Google News, in the country. More info : Does Russia have Google access?

When did Ukraine legalize Bitcoin?

Amid the war against Russia, Ukraine has legalised the crypto sector. President Volodymyr Zelensky signed a law to this effect on March 16, 2022. More info : When did Ukraine legalize Bitcoin?

Has the consecration of Russia been done?

On March 25, 2022, Pope Francis consecrated Russia to the Immaculate Heart alongside Ukraine, with both countries explicitly mentioned, amid the Russo-Ukrainian War. More info : Has the consecration of Russia been done?

Why is the value of Indian rupee falling against dollar?

The Indian rupee fell to a record closing low of 76.97 against the U.S. dollar on Monday, weakened by soaring oil prices and a stronger dollar amid the Russia-Ukraine war. More info : Why is the value of Indian rupee falling against dollar?