You are here: Home › Ukrainian woman raped over six-days as Russian soldiers 'put weapons inside her'

A 19-year-old Ukrainian woman has revealed that during a six-day ordeal she was detained and raped by sick Russian soldiers who she claims forced weapons inside her intimate parts. Nastya, who lives on the outskirts of Mariupol, the besieged city on the north coast of the Sea of Azov, told Ukrainian media of her ordeal after her area was captured by Vladimir Putin's troops. The news comes as the United States and Europe urged Russia on June 6 to stop alleged sexual violence by its army and proxies in Ukraine, allegations that Moscow denounced as "lies. Nastya, her younger sister and her grandmother were seeking refuge from the bombs in the basement beneath their house, which was decimated by a bomb in March. She said they would only go above ground to breath fresh air for a few minutes. "One, perhaps the main one, then said: 'Whoa, beautiful girls'," she told news agency Vchasno.

The soldiers then put bags on the heads of the three family members and brought them to a house. "One sat down next to my little sister, patted her on the head, then on the back, and said, 'what a beauty'. "I was asked several times whether I was ready for anything and whether I would obey. The soldiers agreed to let Nastya's family members go, if she was "obedient". Three men "introduced" themselves and began to undress her, mocking her and laughing. That night she was raped by all three of them, sometimes by two men at once.

They put weapons to her mouth and intimate parts, laughed, and asked if she liked it, she told Vchasno. To stay up to date with all the latest news, make sure you sign up for one of our free newsletters here . "They came with guns as if I could do something to them, and they assaulted me. Nastya escaped when a drugged up or drunk Russian soldier took her outside to assault her, before falling over himself, allowing her to run away even though her hands were tied. She ran to a random building and found two women before feinting and waking up in hospital.

Russian soldiers kidnapped a Ukrainian mum from her home and repeatedly raped her before slitting her throat, it is alleged. The soldiers are understood to have taken her to a nearby house where she suffered their horrific brutality as a captive for several days. The Chechen soldier who killed her was reportedly executed by the Russian army. A harrowing video shows bloodied bed sheets inside the ransacked house left behind

Watch: Woman strips off in Cannes red carpet protestA woman stripped off her clothes to reveal the message “Stop raping us” in the blue and yellow colours of the Ukraine flag during a film premiere in Cannes. The protester also shouted, “Don’t rape us!” as security guards quickly encircled her and took her off the red carpet on Friday. Read more: Ukraine claims one-year-old boy died after being raped by

Here are the top stories across Independent.ie this evening. Click here to read the full story. ‘Nobody asked me was it OK’ – young woman cross examined on alleged rape by five menA young woman who says that five men sexually assaulted and raped her in a car in the midlands has insisted that she did not consent to what happened between them. Woman (30s) arrested as Gardaí seize over

Category: Russia.
Tag: russia news latest update, Ukrainian President Volodymyr Zelensky, why is azog afraid of beorn, who killed the chechen sniper, has a humboldt squid ever killed a human, have humboldt squid killed anyone. 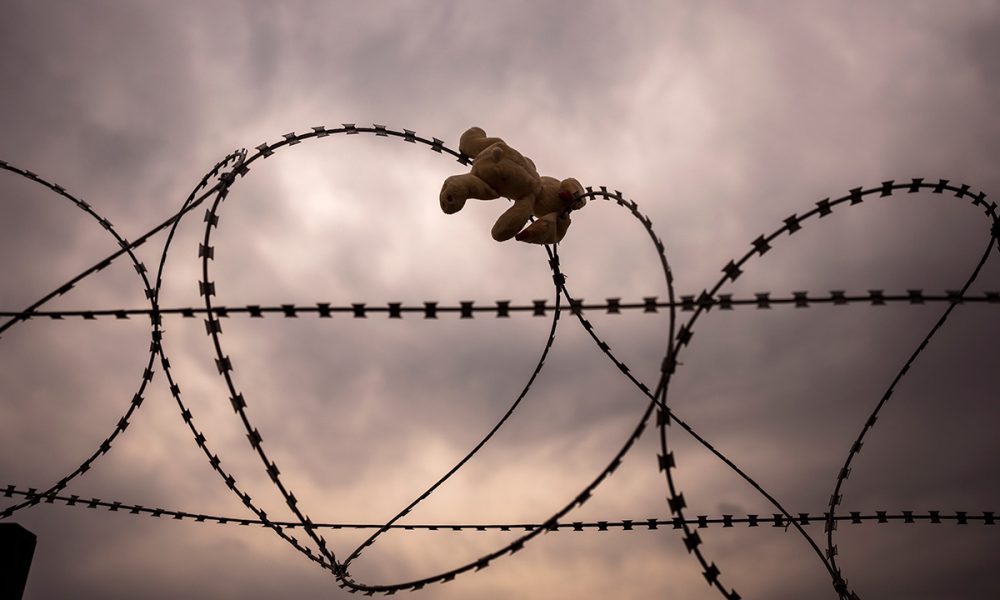 Girls in Ukraine cut their hair to be “less attractive” so they wouldn’t get raped by Russian soldiers who were occupying their town, a local official said in a recent interview. Gruesome reports of rape have emerged since the start of Russia’s invasion of Ukraine on February 24. Last month, officials said they were investigating allegations of a woman from a village outside Kyiv who said Russian soldiers had killed

A Ukrainian woman who was gang-raped repeatedly for hours by drunk Russian soldiers whilst her four-year-old son hid crying in a boiler room, just moments after they shot dead her husband, has spoken for the first time of the horror she endured. Then they both raped me, one after the other,' Natalya told the newspaper. Natalya's horrific ordeal is being investigated by Ukraine's prosecutor-general Iryna Venediktova, the country's first official

Ukrainian MP Lesia Vasylenko said Russian soldiers raped, tortured, and killed a woman. She shared an image on Twitter of what appeared to be a swastika carved crudely onto someone's skin. A Ukrainian MP said this week that Russian troops carved a swastika onto a woman they tortured, raped, and killed. MP Lesia Vasylenko tweeted a graphic image on Monday of what appeared to be an exposed torso featuring a

What does putting sunflower seeds in your pocket mean?

Sunflowers were already Ukraine's national flower, but they emerged as a symbol of resistance after a widely shared video clip appeared to show a Ukrainian woman berating Russian soldiers, telling them to put sunflower seeds in their pockets so that flowers would grow after they died in battle. More info : What does putting sunflower seeds in your pocket mean?

What are Putin's Little Green Men?

Does Ukraine have snipers?

Ukraine's sniper, also known as “Charcoal,” is still out there, presumably racking up more Russian kills. Her counterpart Irina Starikova, also known as “Bagira,” was reportedly captured last month by Ukrainian soldiers. There's a long history of Ukrainian and Russian female snipers, according to Dr. More info : Does Ukraine have snipers?

What is with sunflower seeds and Ukraine?

The connection between the sunflower and Ukrainian resistance came to the world's attention when a video of a Ukrainian woman telling armed Russian soldiers on Ukrainian soil to 'Take these seeds so sunflowers grow here when you die,' reported by BBC News went viral. More info : What is with sunflower seeds and Ukraine?