SIU School of Law Professor Cindy Buys recently spent two months teaching in Poland and saw firsthand the Ukrainian refugee situation in that country. In addition to providing students with a greater understanding of international business, negotiations and an introduction to the U. A city of nearly 200,000 people in north-central Poland, Toruń saw its population increase by as much as 10% since February, Buys said. “They felt a lot of guilt about not being home and helping fight, but on the other hand, they were safe and wanted to finish their education and so it was a very, very difficult decision,” she said, adding she felt “the stress, the worry and fear every time you talked to the Ukrainians who were in Poland. A judge whose court is in Kyiv and who had been a visiting professor at the university fled to Toruń with her son because she knew people there. Buys said some of her Polish colleagues were paying for apartments for Ukrainian families and that many Polish citizens opened up their homes to refugees. “The people in Poland were giving money, food, medical supplies, clothing and everything for the Ukrainians. These efforts can “reaffirm your faith in humanity when things look terrible, when you see how generous people are; how much they want to help other people,” Buys said.

Buys said the work was a “civil society effort” not necessarily directed by the Polish government. Buys signed her contract to teach at Nicolaus Copernicus University about a week before Russian President Vladimir Putin invaded Ukraine on Feb. She viewed it as a once-in-a-lifetime opportunity to observe a conflict and refugee crisis, help convey what was happening and use her expertise as an international lawyer to assist the refugee or international humanitarian situation. She participated in the Ukraine Accountability Initiative, run by the U. “There are clearly war crimes happening in Ukraine, no doubt,” Buys said. While there, Buys learned a lot about Polish history and the relationships within the region. Friends took Buys to a forest outside of Toruń where during World War II German soldiers lined up the city’s leaders and shot them. “For them, the betrayal by the Russians was worse in many ways,” Buys said.

Buys noted that Putin’s desire to keep Ukraine from joining NATO seems to have backfired, noting that Finland, Sweden and other countries now also want to join NATO. In Poland, students have a more theoretical and historical approach to law in their early years, so they really enjoyed her negotiations class. “Every day, we would learn some theory about negotiation and techniques, and then we would practice. In classes at SIU, Buys will share and contrast Poland’s judicial system and that of the United States, along with using current evidence of what is happening in Ukraine when having conversations about what makes a war crime under international law. The experience is also leading to work with a Polish law professor on a joint article that compares some of the refugee issues in Poland and in the United States. Buys said one stereotypical impression she had prior to her trip was that Poland was “gray,” dating back to its days as part of the Soviet Union.

Amidst the ongoing Russia/Ukraine conflict, SUNY New Paltz professor of Teaching & Learning Andrea Noel is working to support Ukrainian refugee children while in fellowship at the University of Wroclaw in Poland. “Wroclaw is a special area because of the exchange of lands right after World War II,” said Professor Noel. “That is not unfamiliar in historical terms, as the Poles were under Soviet domination, the ‘Polish People’s Republic,’ until

Symposium on Ukraine, peace rally set for Wednesdayby Pete RosenberyCARBONDALE, Ill. — A free, public symposium on Russia’s invasion of Ukraine featuring Southern Illinois University Carbondale faculty and a peace rally will take place on campus on Wednesday, March 16. All are from SIU Carbondale’s Department of Political Science and the Department of History within the College of Liberal Arts. Bloom, an associate professor in political science, specializes in the

introduced a resolution recognizing Poland’s efforts in welcoming Ukrainian refugees and supporting the Ukrainian resistance. “On top of providing humanitarian assistance like food, shelter, and health care to refugees, Poland has played a vital role in the international effort to arm the Ukrainian fighters. “When I was in Poland in February, I witnessed firsthand the strength of our alliance and commitment to standing behind the Ukrainian people against Russian aggression.

PROVIDENCE — After a week helping Ukrainian refugees in Poland, Meredith Pearson came back to Providence and started looking for ways to stay in touch with the people she had helped flee the war in the democratic republic. Enter Email Sign UpIn March, Pearson responded to a Twitter call out by Amherst, Mass., international law professor and author Charli Carpenter asking people to spend spring break helping refugees in Poland,

PHOENIX (3TV/CBS 5) -- An ASU professor never imagined her semester teaching abroad would involve working with war refugees. “So many people in Poland have opened their homes to refugees, including my relatives, but with millions of refugees, a lot of people haven’t found a place to settle. The city of Warsaw’s population has grown 20 percent since the Russian invasion began, as refugees fled to Poland. So they could

But, the Babson College associate professor of law and sustainability hadn’t experienced anything so personal and meaningful as his recent visit to Poland and across the border into Ukraine. For Sulkowski, Poland is a second home. Jaworski was planning to drive supplies across the border into Ukraine and invited the Babson professor to accompany him. “That’s the part that I thought made sense as a Babson professor. That’s the part

KINGSTON, R.I. – March 16, 2022 – The University of Rhode Island is making several experts available to talk about topics related to the war in Ukraine. Distinguished University Professor Bahram Nassersharif is director of URI’s Nuclear Engineering Program in the College of Engineering and can discuss nuclear engineering and power plant safety issues. Professor of Economics Richard McIntyre’s research and teaching areas are international economics, international studies and diplomacy. 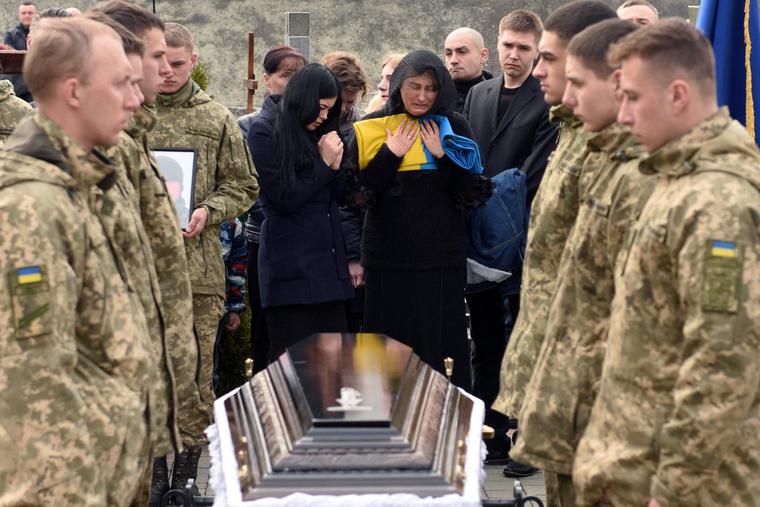 FIRST ON FOX: Rep. Michael McCaul, R-Texas, told Fox News Digital that he is traveling to the Poland-Ukraine border this weekend in order to stand with refugees escaping Putin's "evil" and "unprovoked war of aggression." The congressman will be joining a small bipartisan group of lawmakers traveling to Poland to assess the humanitarian crisis as the Russia-Ukraine war intensifies. McCaul, the top Republican on the House Foreign Affairs Committee, said

How many Ukrainian live in Poland?

About 1 to 2 million Ukrainian citizens are working in Poland. There are also 40,000 Ukrainian students in Poland. More info : How many Ukrainian live in Poland?

Did the Ukraine used to be part of Hungary?

What grade is an associate professor?

What is the name of the award Roberto Clemente wins?

The announcement was timed for the 50th anniversary of the year in which Clemente died in a plane crash while on a humanitarian relief effort. More info : What is the name of the award Roberto Clemente wins?

How many Ukrainian immigrants are there in Poland?