You are here: Home › 'Anyone can die at any time': Indiscriminate attacks by Russian forces in Kharkiv, Ukraine - Ukraine

'Anyone can die at any time': Indiscriminate attacks by Russian forces in Kharkiv, Ukraine - Ukraine

'Anyone can die at any time': Indiscriminate attacks by Russian forces in Kharkiv, Ukraine - Ukraine

On the afternoon of 12 March, Veronica Cherevychko, a 30-year-old logistics manager and mother, lost her right leg when a Grad rocket struck a playground in front of her home in the Saltivka neighbourhood. She told Amnesty International: “I was sitting on this bench when the explosion happened. Three people were killed and six injured when a series of cluster munitions exploded in the same neighbourhood on the morning of 26 April. Olena blacked out, then woke up in an ambulance and realized that she had lost a leg. Unguided rockets – such as Grads and Uragans, which have been routinely used by Russian forces – are inherently inaccurate, making them indiscriminate when used in populated areas. Ukrainian forces, for their part, often launched strikes from residential neighbourhoods, endangering civilians in those areas. I don’t know what to say about [the] people who did it. Veronica Cherevychko, a 30-year-old logistics manager who lost her right leg. Amnesty International researchers investigated 41 strikes (which killed at least 62 people and injured at least 196) and interviewed 160 people in Kharkiv over 14 days in April and May, including survivors of attacks, relatives of victims, witnesses, and doctors who treated the injured. All of Amnesty International’s ongoing documentation of violations of human rights and international humanitarian law committed during the war in Ukraine is available here.

Hundreds of civilians have been killed in the Ukrainian city of Kharkiv by indiscriminate Russian shelling using widely banned cluster munitions and inherently inaccurate rockets, Amnesty International said today. A new report, ‘Anyone can die at any time’: Indiscriminate attacks by Russian forces in Kharkiv, Ukraine, documents how Russian forces have caused widespread death and destruction by relentlessly bombarding residential neighbourhoods of Kharkiv since their invasion began in late February.

Indiscriminate attacks violate international humanitarian law (the laws of war) and can constitute war crimes. According to a local source who spoke to Amnesty International researchers, two women and two men were killed, and six healthcare workers were among the injured. Analyzing photos of the weapon scrap linked to the incident, Amnesty International’s weapons investigator determined that a 9M79 Tochka ballistic missile was used in the attack. Another of the 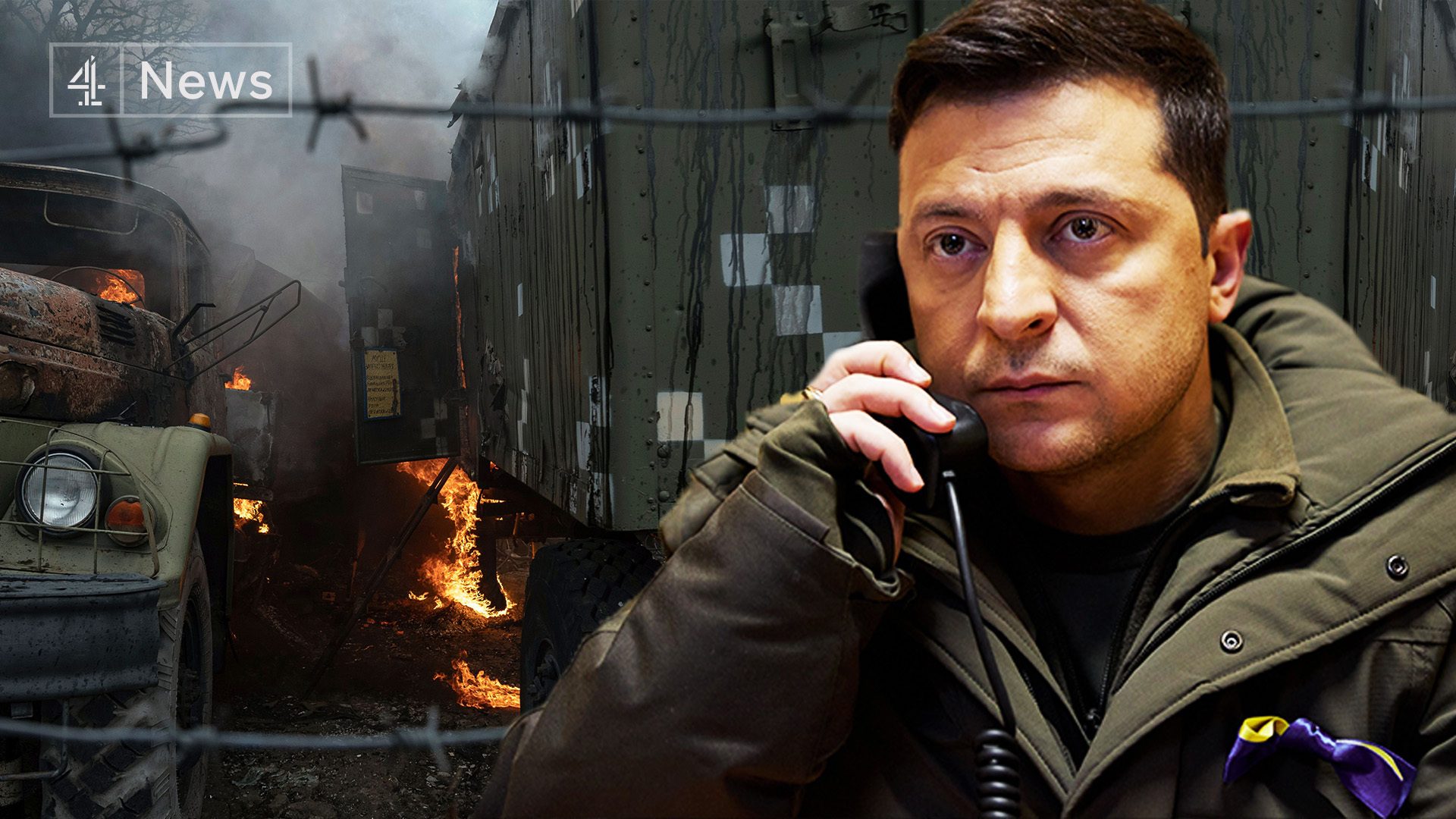 The casing of a Russian rocket capable of carrying cluster munitions is seen east of the strategic Ukrainian port city of Mykolaiv, on March 10. NATO says Russia is using cluster bombs during its assault on Ukraine. "Civilians are being killed and maimed in what appear to be indiscriminate attacks, with Russian forces using explosive weapons with wide area effects in or near populated areas. The OHCHR also received "credible

The US and international community has accused Russia of war crimes in Ukraine as Russian artillery has devastated Ukrainian cities and lives. But it has been difficult to associate specific generals to specific crimes, the key to actually carrying out war crimes prosecutions. In Kharkiv, CNN has seen the aftermath of attacks targeting civilians using indiscriminate cluster munitions -- a war crime. In a two-month-long investigation , CNN can reveal

The Kremlin forces have resumed their military offensive in the capital city of Kyiv along with missile attacks in Kharkiv. According to a report by The Kyiv Independent, a Ukrainian health official revealed that at least five people have been killed in the Russian shelling of Kharkiv. ⚡️ Suspilne: 5 people killed, another 13 injured in Russian shelling of Kharkiv. Kharkiv Oblast Governor Oleh Synehubov said on April 17 that

The United Nations human rights office said on Friday it received "credible reports" of several cases of Russian forces using cluster munitions in populated areas in Ukraine, adding that indiscriminate use of such weapons might amount to war crimes. 🇺🇦#Ukraine: We remain gravely concerned by rising death toll & human suffering from apparent indiscriminate #Russian attacks, which may amount to war crimes. Russia is not a party to a 2008

Ukrainian officials are closely watching Russian movements, following promises to scale back attacks on the capital, Kyiv. Ukrainian President Volodymyr Zelenskyy said, "There is also word of an alleged withdrawal of Russian forces from Kyiv and Chernihiv and decreased activity of the occupiers in these directions. The UN human rights chief says credible reports show Russian forces have used cluster munitions in populated areas at least 24 times. UN High

Is Kharkiv under Russian occupation?

Is Mariupol taken by the Russians?

Reports suggest thermobaric weapons have also been used by Russian forces in parts of Ukraine, including Mariupol in Donetsk and Izyum in Kharkiv. More info : Is Mariupol taken by the Russians?

What country is Kharkiv?

Officials in Ukraine say that Kharkiv, the nation's second-largest city, is under the control of Ukraine's military after an overnight offensive by Russian forces. More info : What country is Kharkiv?

What part of Ukraine is now occupied by Russia?

In the 2022 Russian invasion of Ukraine, Russian forces openly invaded Ukraine and occupied much more territory. Ukrainian forces liberated Kyiv, Chernihiv, Sumy, and most of Kharkiv oblasts, but as of June 2022, they are still present in Crimea, Luhansk, Donetsk, Kherson, and Mykolaiv oblasts. More info : What part of Ukraine is now occupied by Russia?

What parts of Ukraine are under Russian control?

In the 2022 Russian invasion of Ukraine, Russian forces openly invaded Ukraine and occupied much more territory. Ukrainian forces liberated Kyiv, Chernihiv, Sumy, and most of Kharkiv oblasts, but as of June 2022, they are still present in Crimea, Luhansk, Donetsk, Kherson, and Mykolaiv oblasts. More info : What parts of Ukraine are under Russian control?