You are here: Home › How the 3D-printing community worldwide is aiding Ukraine

How the 3D-printing community worldwide is aiding Ukraine

In early March, Jakub Kaminski was at home in suburban Boston when a grim message arrived from his friend, a surgeon in Ukraine: Tourniquets were in short supply, and without them, many Ukrainian soldiers could bleed out and die. Kaminski, a robotics engineering graduate student at Worcester Polytechnic Institute in Massachusetts, thought his 3D-printing skills could help. Nearly four months into Russia’s invasion of Ukraine, critical shortages of medical supplies and weapons accessories persist. But the invasion has provided the 3D-printing community a challenge with little comparison, one that highlights the impact the technology has in plugging real-time shortages and underscores the dangers of having to rely on goods created in an ad hoc way. And though the fighting in Ukraine has declined from its peak, the community is continuing to create needed items as the war continues to drag on. “No one believes [the war] will end very quickly,” Kaminski said. The history of 3D printing traces to the 1980s, when American engineer Charles Hull patented a process called stereolithography, which uses ultraviolet light to shape objects.

How the 3D-printing community worldwide is aiding Ukraine

In 2010, during the devastating earthquake in Haiti, medical devices were printed quickly, allowing doctors to provide health care without waiting for equipment to ship from abroad. But in February, as Russia invaded Ukraine, the 3D-printing community was put to the test. Mykhailo Shulhan, the chief operating officer of a 3D-printing company in Lviv, Ukraine, said that as soon as the invasion began, he started researching how 3D printers helped in other conflicts. These days, his company, 3D Tech Addtive, develops and prints an array of weapons accessories: AK-47 holsters so soldiers have a way to rest their guns; bullet magazines since empty cartridges often get thrown away instead of reused; carrying bags for grenades; and most recently, anti-reflective lenses for sniper scopes to reduce glare and prevent Ukraine snipers from being seen. While most 3D printers create supplies to stop death or ease fighting conditions, others are focusing on rehabilitating soldiers. Brett Carey, a physical therapist in Hawaii, designs 3D printed splints that can be sent to fighters. Carey has created two digital designs for splints that have been uploaded online and 3D printed over 1,500 times.

“There is such an emphasis right now on life saving technology,” he said. Kaminski, who posts his tourniquet designs online, said he worries about some 3D printers sending over supplies to the battlefield. Seeing that, Kaminski and a group of volunteers worked for weeks to redesign their tourniquet to meet the highest medical standards. Kaminski filmed the device being rolled over by a firetruck to show durability. “It is unethical to just come up with a totally new tourniquet design and deploy it during war,” he said.

(CNN) President Joe Biden will announce the launch of a new voluntary initiative to boost the use of 3D printing in domestic supply chains during his trip to Ohio on Friday, according to two senior administration officials and a White House fact sheet touting the announcement. The new initiative, called "Additive Manufacturing Forward" (AM Forward), will pair large manufacturers with US-based suppliers to help them more extensively use 3D printing

MIGUEL A. LOPES/LUSA/PAP/EPATech firms in Poland have teamed up to help supply Ukraine with 3D printers for making essential equipment, including medical supplies and military aids. I decided to help through what I know best - new technologies.”Joining forces with Warsaw 3D printing specialist Sygnis and software firm 3YourMind, the team set up the Tech Against Tanks initiative to supply advanced 3D printers and parts to Ukrainian professionals. Sygnis founder 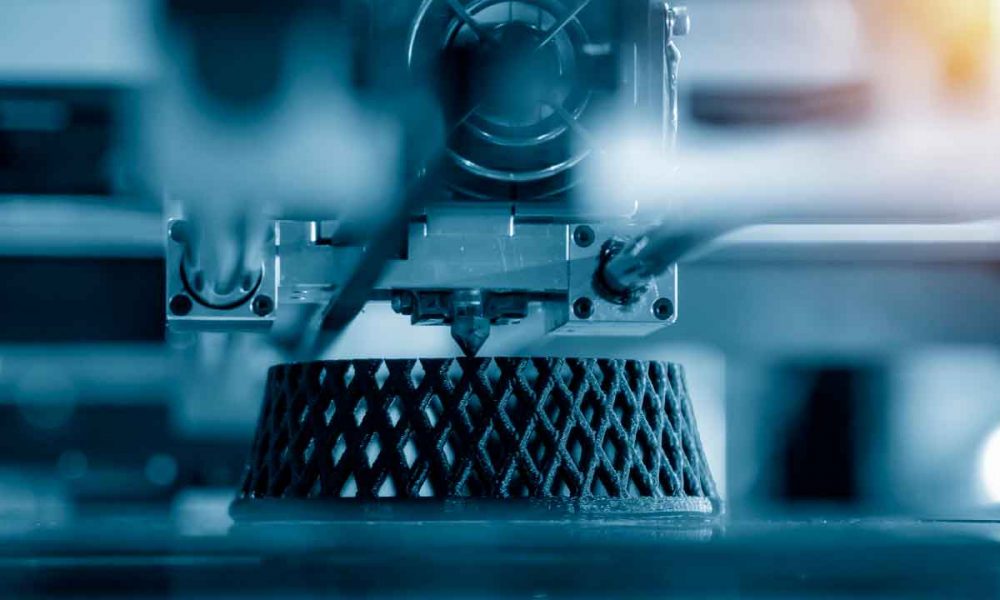 O n the weekend after the Russian assault on Ukraine began, Andrzej Burgs, founder and CEO of Warsaw-based 3D printing firm Sygnis, heard from his industry friends at 3D Tech Group in Lviv. With their country under attack and all kinds of supplies needed, Pavlo Yesyp and Michail Shulgan asked, could Burgs help supply 3D printers and materials to fill the gap? Soon, he’d filled a bus with 20 printers

WASHINGTON (AP) — President Joe Biden is set to announce on Friday that five major U.S. manufacturers have made commitments to boost their reliance on small and medium American firms for 3D printing. His comments on the Bipartisan Innovation Act came during a visit Tuesday to an Alabama Lockheed Martin plant building Javelin antitank weapon systems. Lockheed Martin has agreed to work with smaller suppliers on research to improve the

Read some of the stories of its members here, as we explore how the movement is providing support to Ukraine’s printing industry now and in the future. We set the goal of becoming a leader in the printing industry in Ukraine. The priority for us now is the financial support of our staff during this difficult time and the restoration of our printing industry after the war. “As for the

President Biden last week announced a new rule to regulate "ghost guns," untraceable firearms that are becoming more prevalent in the U.S.Why it matters: According to government data, 20,000 suspected ghost guns were recovered in criminal investigations in 2021, a tenfold increase in just five years. Ghost guns are bought in pieces and assembled by the owner. Are ghost guns legal? Yes, but: Because ghost guns aren't made by companies,

Can you print silicone?

3D Printing Silicone is now possiblenn One of the most recent developments in additive manufacturing was the emergence of a new technology that enables the use of silicone as a 3D printing material. The announcement brought excitement to the industrial 3D printing community. More info : Can you print silicone?

What are the 3 stages of 3D printing?

The 3 Stages of 3D Printing and How They Work

What is ExOne stock?

Can you 3D print with resin?

3D Printer resins are available for SLA Laser 3D printing, LCD/MSLA 3D printing, and DLP 3D printing. There is a wide variety of resin materials that provide high-quality and highly detailed, smooth results when compared to FDM 3D printers and filament. More info : Can you 3D print with resin?

Is GoFundMe available in Ukraine?

GoFundMe is committed to helping Ukraine and protecting donors. We're taking proactive measures to protect the GoFundMe community while also aiding the Ukrainian people throughout this humanitarian crisis. More info : Is GoFundMe available in Ukraine?