You are here: Home › Russian Jews Have Long Sacrificed One Freedom for Another

Russian Jews Have Long Sacrificed One Freedom for Another

In early 1917, shortly after the deposition of the last Russian Czar, the Provisional Government of the Russian Empire abolished all restrictions on the civil rights of its Jews. When the Bolsheviks took power, that short-lived political freedom vanished for all of the Empire’s citizens, including its Jews. The officially atheist Communist Party also cracked down on religious practice and institutions.

Russian Jews Have Long Sacrificed One Freedom for Another

During the early years of the USSR, Soviet Jews continued to experience the (relative) legal equality first granted them by the Provisional Government. Shortly after the Holocaust, Stalin initiated what historians have called “the black years of Soviet Jewry,” when the government forced the Empire’s Jews out of prestigious professions and universities, arrested and in many cases murdered Jewish leaders, and fomented an atmosphere of anti-Jewish hysteria throughout the USSR. What does this have to do with Jews in Russia today? Like their ancestors under the Russian Provisional Government of 1917, Jews in Russia and the other nations of the former USSR are free to practice their religion without government interference.

While the relative political freedom of the Yeltsin era has steadily eroded during Putin’s (and Medvedev’s) rule, it has taken a nosedive since the escalation of Russia’s invasion of Ukraine in February. Russia’s 150,000 Jews are now watching developments between their government and community leaders with baited breath, wondering if (and how) it will affect the unimpaired religious freedom they have enjoyed since the fall of communism. Thousands of Russian Jews have emigrated since Russia’s invasion of Ukraine began in 2014.

My great grandfather, Rabbi Eliezer Poupko, was the rabbi of Velizh in the Smolensk Oblast. Despite the Bolsheviks taking power, he insisted on preserving Jewish life at the risk of his own life. Despite reaching safe shores, we had never forgotten the plight of Russian Jews. In 1961, my grandfather Rabbi Bernard Poupko was one of the first Jews to visit Russian Jews in an official capacity. No one questioned

The Times of Israel

However, according to one expert on Russia, President Vladimir Putin’s war in Ukraine may not be going quite to plan. One Ukrainian soldier sacrificed his life and blew up a bridge, blocking a Russian military convoy from crossing. Another man was seen picking up a land mine while smoking a cigarette and removing it from the road. A full bank run is already underway, and many things are going to 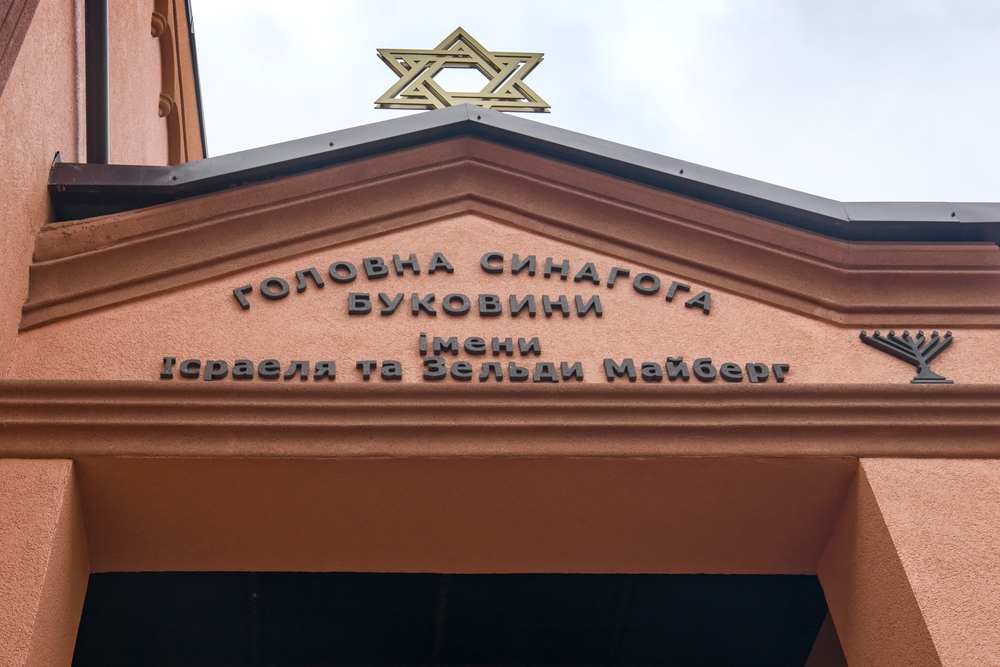 Babyn Yar was the subject of poems by Lev Ozerov, Yevgeny Yevtushenko and Ilya Ehrenburg among others. One striking feature of Putin’s invasion of Ukraine has been the role of Jews. There have been moving images of orthodox Jews leaving Ukraine and of a rabbi leaving his synagogue perhaps for the last time. The tragic history of Jews from Kishinev and Babyn Yar to President Zelensky and his family is

Hosted by Morley Safer, “The Ugly Face of Freedom” alleged that thousands of Ukrainians had volunteered for the SS and enthusiastically participated in Nazi atrocities against Ukrainian Jews. The segment infuriated Ukrainian émigrés across North America, especially those in Canada, which had welcomed many Ukrainians displaced by World War II. He murdered Polish landlords and Polish Catholic priests when he could get them, but he above all targeted Jews. He

Europe’s foremost orthodox rabbi – a Russian – has said most Jewish Ukrainians have fled their homeland amid President Putin’s invasion. The invasion has devastated the Jewish community in Ukraine, after 33 years of rebuilding since the collapse of the Soviet Union. Another missile hit Kyiv’s television tower next to the Babyn Yar memorial, which commemorates tens of thousands of Ukrainian Jews massacred by the SS in 1941. It is

Not in her worst nightmare, she said, could she have imagined another devastating war in her homeland during her lifetime. She worried the conflict in Ukraine could do the same to other young people. Khazin said he had many friends in Ukraine and “not all of them are nationalists.”“It’s about the government,” he said. Because of that Jews who immigrated from Ukraine and have Ukrainian passports, might still affiliate themselves

The Ukrainian leader seeking the free world's help to fight off a Russian invasion is refusing to allow Ukrainian men to flee with their families to safety. It declared that so long as martial law remained in effect, "it is forbidden for men aged 18-60, Ukraine citizens, to leave the borders of Ukraine." In Zelenskyy's Ukraine, men aged 18 to 60 are being arbitrarily detained. It's another thing when it

Mitelman, a data scientist in Minnesota, is one of the millions of Russian-speaking Jews and their children who live outside Eastern Europe. ADVERTISEMENTNow, those global connections are lighting up social media, from Telegram chats to Instagram stories, to help Ukrainians. Before the war Kharkiv was Ukraine’s second-largest city, a predominantly Russian-speaking center of industry, culture, and education. But in the FSU community, there isn’t much of a distinction between Russia,

Goldenshteyn, a recovering journalist then working in marketing, leaned on his reporter instincts and recorded their hours-long conversation that Saturday afternoon. "The Holocaust, in Eastern Europe especially, was a very kind of public event," Goldenshteyn told me by phone Sunday. It's been three decades since Goldenshteyn himself arrived in the U.S. after spending his earliest years in Chernivtsi, Ukraine. "Most people that were Jewish would have identified, probably, as Russian-speaking

What is a Texas gold star family?

Gold Star Family members and relatives are those who have sacrificed a Loved One for our Freedom. The Gold Star Family Memorial was created by Medal of Honor Recipient Hershel “Woody" Williams to remember those families who have made the ultimate sacrifice. More info : What is a Texas gold star family?

Why do Jews think God is a judge?

As God is the law-giver for Jews, he is also the judge. Jews believe God is judging humans every moment of every day and he cares how people treat one another. With this knowledge, Jews strive to act in a good, kind way to one another and carry out good deeds and obey the Mitzvot . More info : Why do Jews think God is a judge?

Why is Russian spoken in Israel?

Russian and a number of other immigrant languages are widely used in Israel, because ethnic Jews from dozens of countries from all around the world have settled in the area. Russian is the major immigrant language of Jews living in Israel. More info : Why is Russian spoken in Israel?

What is Independence Day essay?

It is the day when India got its freedom from the 200 years of British rule. It was a hard and a long high stakes struggle in which many freedom fighters and great men sacrificed their lives for our beloved motherland. India commends its Independence Day on 15th August.Jan 27, 2022 More info : What is Independence Day essay?

What is a Gold Star Memorial?